After so  much news of our recent litters, it is good to have news of their Uncle Dan (B Breedan, litter brother to Blodyn and Hanner), owned by Vicki Cuerden. 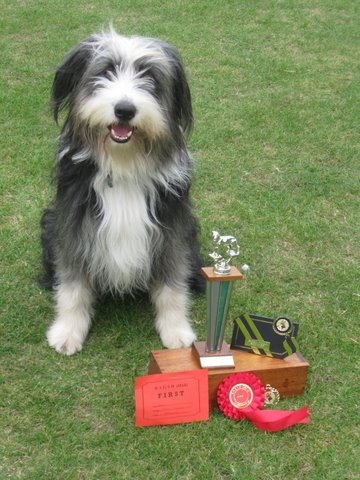 Dan and Vicki had a great day at Hull Open Obedience show and won their class in strong competition. Vicki writes

"... when he beat a line up of Border Collies and GSD`s one of whom was a WT Champion I was  rather chuffed."

"We have quite a number of little pets to look after for owners on holiday. Dan takes it upon himself to be their personal body guard and does a very good job. When we recently lost a hamster Dan found it and kept it between his paws until we arrived to collect it. The thanks he got was for the hamster to bite him on the nose.He was glad to see the back of that visitor."