The Holy Bible printed in 1851 and sent by the 7th Viscount Downe for use in his new church at Cowick was found in the Parish Chest in a poor state. 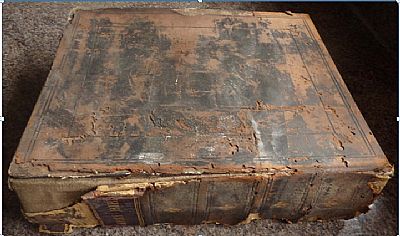 The Society has agreed to have the bible cleaned professionally in attempt to preserve it. We found a letter sent from Viscount Downe to Mr E E Clark. (at The Treasure House, Beverley), stating that “Three Bibles, Prayer books and Communion books and a smaller Prayer book for the Sexton had been ordered and would be sent to Snaith station for delivery to the three Clergymen, but the Communion books would not be ready for a fortnight as there were none at the depositary at the present” the letter is dated 29th September 1852. 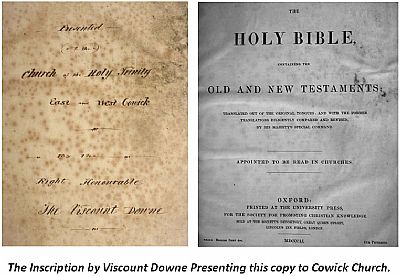 The Prayer Book is in a similar state. 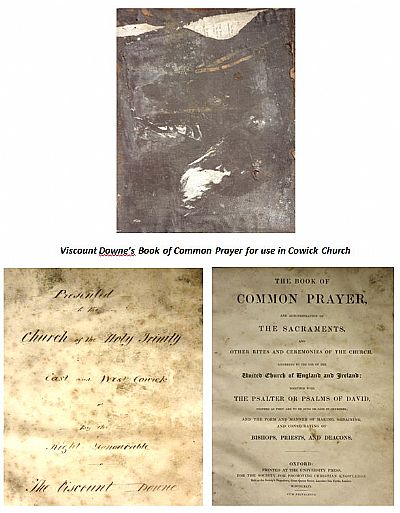