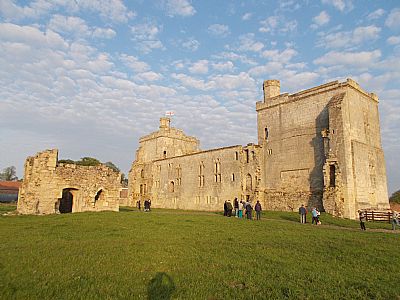 Photo by By Dupont Circle (Own work) [CC BY-SA 3.0 (http://creativecommons.org/licenses/by-sa/3.0)], via Wikimedia

Wressle Castle is a ruined palace-fortress in the East Riding of Yorkshire, England, built for Thomas Percy in the 1390s.

After Thomas Percy was executed for rebelling against Henry IV, Wressle Castle passed into royal control. With occasional periods when it was granted to other people, the castle was mostly under royal control until 1471 when it was returned to the Percy family. Henry Percy, 5th Earl of Northumberland, refurbished the castle and gardens, bringing them to the standard of royal properties.

The castle was embedded within an ornamental landscape, with two gardens laid out at the same time as the castle was founded and a third created later. Wressle was intended as a high-status residence rather than a fortress and was never besieged. However, it was held by Parliament during the English Civil War and demolished in 1646–50. Nearly 150 years later, it was further damaged by fire. 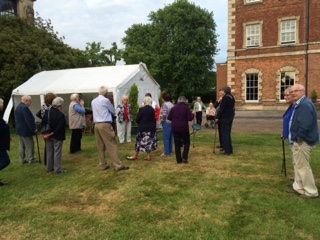 EVERINGHAM, a parish in Pocklington district, E. R. Yorkshire; on a head stream of the river Foulness, 2¾ miles N of Holme r. station, and 5 W by N of Market-Weighton. It has a post office under York. Acres, 3, 080. Real property, £2, 758. Pop., 321. Houses, 49. The property is divided among a few. Everingham Hall belonged formerly to the Southells, and belongs now to the Maxwells; is a lofty brick edifice, with three fronts; has, in its picture gallery, a costly portrait of Charles I. by Vandyke; and stands in highly embellished grounds. A curious Saxon font is within the park. The living is a rectory in the diocese of York. Value, £237.* Patron, Mrs. Martin. The church was reported in 1859 as bad. There is a splendid Roman Catholic chapel. 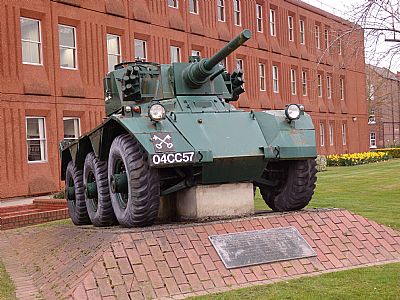 The collection commemorates the Deeds and actions of the British 2nd Division, from their recovery from Dunkirk to 1946, paying particular attention and detail to the Battle of Kohima in 1944 almost all of the artefacts have been donated by veterans and their relatives making it a very personal collection that sees the battle through the eyes of those who fought it. 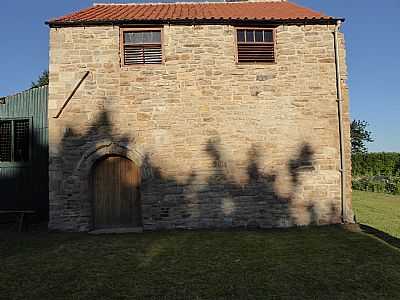 The current owners bought the site in the 1990s and after repairing the main house, which is now their family home, they turned their attention to the derelict outbuilding in the garden. This is actually the standing remains of a 13th century rectory incorporating a reset 12th century doorway along with later alterations. It is a very rare surviving example of a medieval secular building in this part of Yorkshire. Used as an agricultural building from the 18th century onwards, the roof was removed in about 1970 and the condition of the building deteriorated over the next four decades. Without a roof to protect the fabric from the elements and to tie the walls together the structure was vulnerable. By the time it was added to the Heritage at Risk Register most of the east wall had collapsed, the west wall was bulging and cracking and the inserted south gable was unstable, having very little connection to the adjacent walls. Following a period of investigation, survey and recording funded by the LEADER programme, Historic England was able to offer a grant for repair in 2013. This, together with funding from the owners, was used to re-roof the structure and make it wind and watertight and structurally sound.