These two very large red orbs where photographed on the 30th of May. It's a while since any red orbs have made an appearance, so it was great to see they're still around. Notice that the orb in the foreground is 'behind' the flowering bush, which rules out dust, moisture etc.... 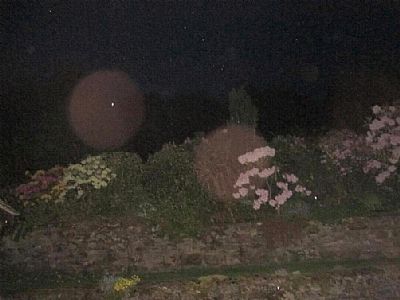 The orb below is by no means the largest we've ever been able to photograph. But is nevertheless interesting. I've added a close up of part of the orb in the next photo, and then the full pic in which it appears. 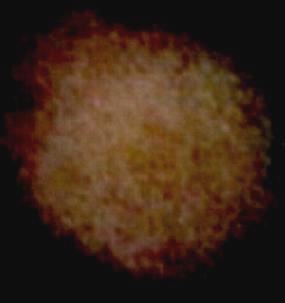 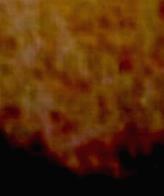 Although the main picture featured below isn't brilliant, you will be able to see the red orb at the very top of the pic. It at least gives some indication of the size. 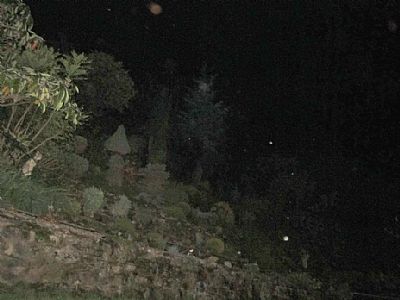 The picture below was photographed on the evening of 27th December 2013. There are 'ordinary' orbs present as well as the mass of red orbs. I intend to take a closer look at the smaller orbs shortly, and if I can get some clear images I'll  include one or two shortly. 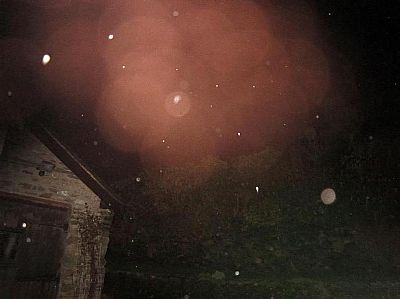 The following 2 pics of red orbs were taken on 20th December, both in the same location, and both using different cameras. This is the 2nd time this has happened as you will see if you scroll down past the following 2 pics. 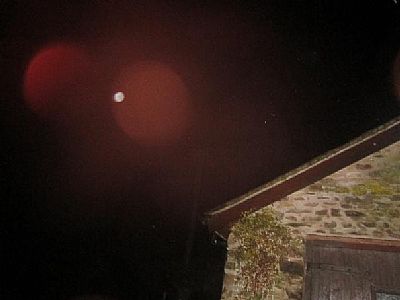 The quality of the images above are clearer and more intense than those in the picture below.  I have a feeling that this could be because the less distinct orbs are either in the process of materializing or, de-materializing when they are captured in the picture. 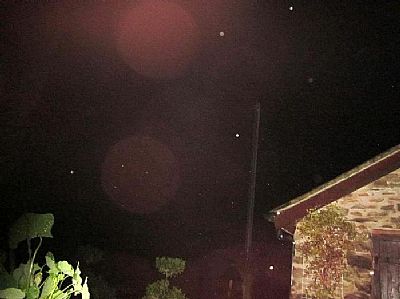 This is exciting ! The red orb below was photographed on the 7th Dec.  The one following it was photographed on 6th Dec. Both images appear in more or less the same place, and  interestingly, it is the SAME orb in both instances. The orb has a small 'indentation' in the same place in both pics.  The indentation is best seen in the 2nd pic. I am convinced this orb has returned on consecutive nights, to make it's presence known. 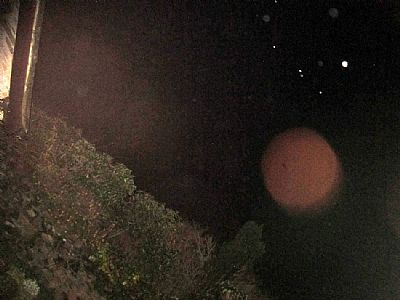 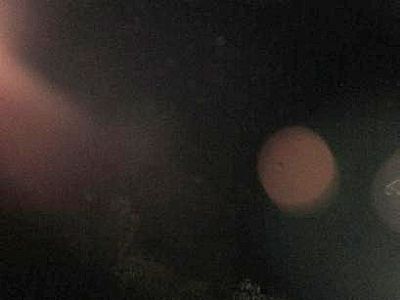 The following was photographed on the 20th November 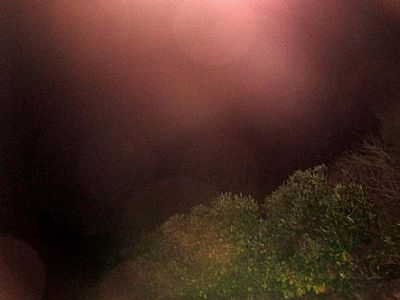 This picture was taken on the evening of Oct 19th 2013. We've had larger ones but even so the size is impressive.

Although the red orb below is by no stretch of the imagination 'massive'  It's interesting to find it alongside the almost 'keyhole' shaped light. I tried to get a closer look at the red orb so I cropped and enlarged it.  See following pic.

The image isn't brilliant but I think it's possible to see a faint image behind the brightness.

The definition in the orb below is much clearer. 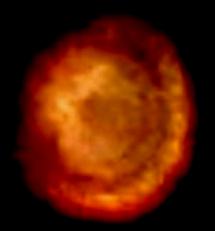 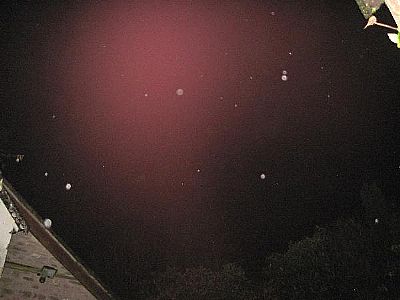 There  are a number of orbs present in the above picture. Scroll down to find magnifications of 3 of the orbs. 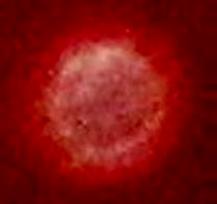 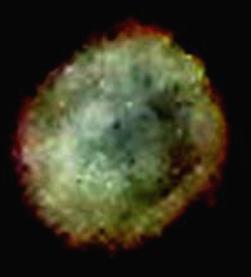 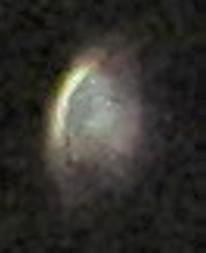 The two red orbs below are not as impressive as some of the others, but you will notice a small orb on the right of the picture which I decided to take a closer look at.  See results below. 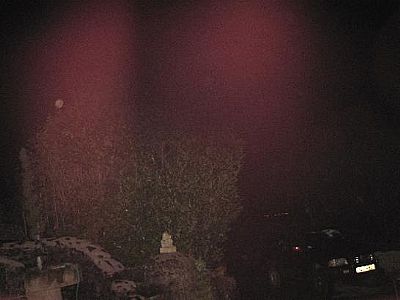 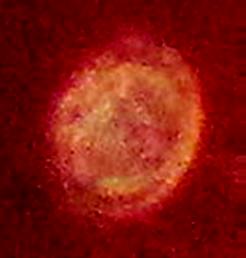 The more intense colour of the orb is achieved by using the contrast in Photoshop which allows the detail within the orb to stand out much more clearly. In the next pic I enlarged just the top left hand side of the orb. It should be possible to see a number of images in just this small portion,

The picture below was taken on 26th November.  This is the first time we've had a visit from the red orbs for some time. 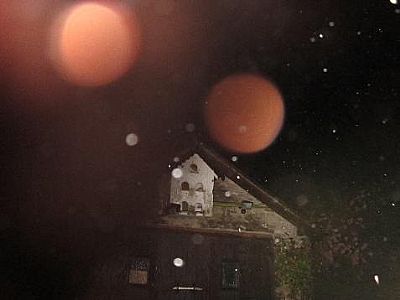 The picture of the red orb below was taken on the same night as the one above. It's not as clear, but nonetheless impressive.

No, this is not cigarette smoke.

The orb below was photographed on 4th April see 2nd pic for an enlargement of the small bright orb near the centre. 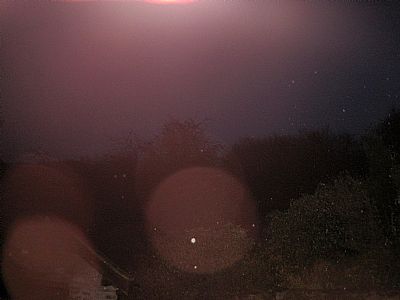 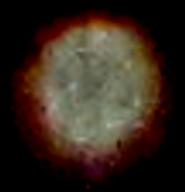 The picture below was taken on March 9th.  Who knows why, but at the moment red orbs seem to be increasing in size and number and hardly an evening goes by without one or more of them appearing during our photographic sessions.

The photo below was taken in the evening of March 4.  When this type of orb appears it seems as though in some way they drain the power out of the cameras battery.Very often any other pictures taken after a red orbs appearance are of such poor quality that nothing at all is visible and  we are usually left with pictures which are completely black. 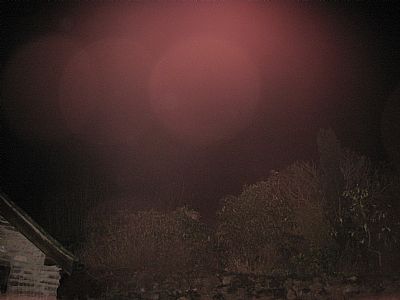 This type of orb only make an appearance when my husband is taking the photos. The orb in the picture below is coming from behind the large bush which would rule out dust or raindrops on or near the camera lens. 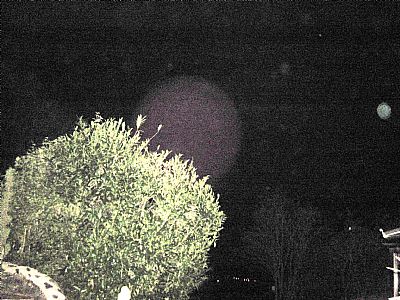 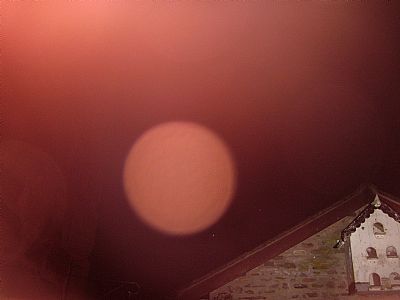 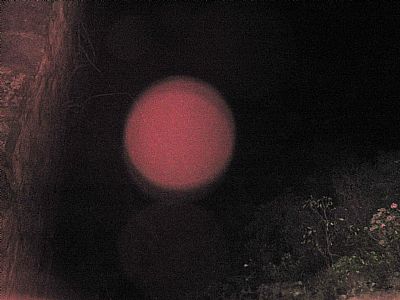 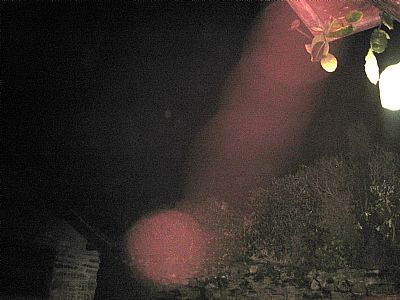 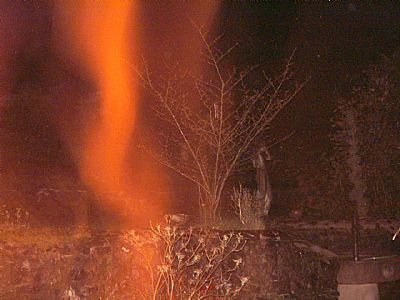