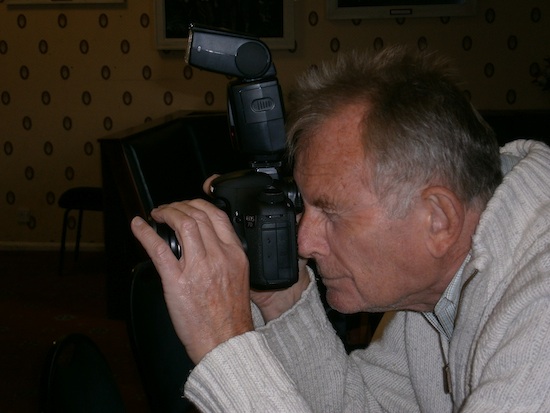 Mike Davies of Cadoxton, Neath, has been taking photographs from the age of 10, starting off with a Kodak Brownie 127.   He now has a Canon 7D from which he has produced some remarkable

photographs, often appearing on ITV1 and BBC weather reports.  Some of his photographs also appear in a book written by BBC Wales weatherman, Derek Brockway.  In April 2010 one of his photos appeared on the front cover of Nature Geoscience, along with Haunted Neath and Neath Through Time by local historian, Robert King

The Neath Guardian website feel privilaged to have Mike's services as a freelance photographer and have produced the Vale of Neath website exclusively with his photographs.

Mike enjoys being on a private photographic forum, which he finds great fun with a small but friendly crowd of fellow enthusiasts.

Photography was a contrast to Mike's job in the furniture retail trade, providing an interest to all aspects of life, including the heritage scene and countless subjects.  His interest extended to cine films as well as still photography and this led to his attention to YouTube - a website where you can post your own videos.

On this 'Vision on' website you can see Mike's videos, posted on YouTube under his user name of Wizard327 - being the name of the GEM electronic organ in his music studio. His interest in music goes back to the days when his father, Vernon Davies, ran his own dance band and this is reflected in Mike's choice of music included on the sound track of his videos.

You will note Mike's love of nature in its various forms - also the love he had for dog, Robbie, who went everywhere with him - now sadly missed.

May Mike's videos give you many hours of pleasure - some bringing back happy memories of days gone by.