The Saga of the Pews

Just one of the changes of the 2020 re-configuration was the removal of the unconfortable Victorian pine pews; it was hoped that the sale of these would help to offset the cost of the work to remove them, and perhaps to offset some of the other cost.  Because of the size of the pews, it was thought unlikely that many would be sold.

The pews were advertised for sale on a local closed FaceBook Page for the village "Friends who like Okeford Fitzpaine" – open only to those approved by the Administrators, so the comments are not “public”. But there were a great many, and subsequently another closed Group was set up – “Save Our Pews”.

The pews were also advertised for sale on the FaceBook Page of the Parish Council.  That WebPage is “open to the Pubic” – to anyone who “is on FaceBook” (which anyone can do, for free).  That being so, anyone who posts a comment is commenting “to the World”, so here are those comments (in full, but slightly re-arranged for clarity):- 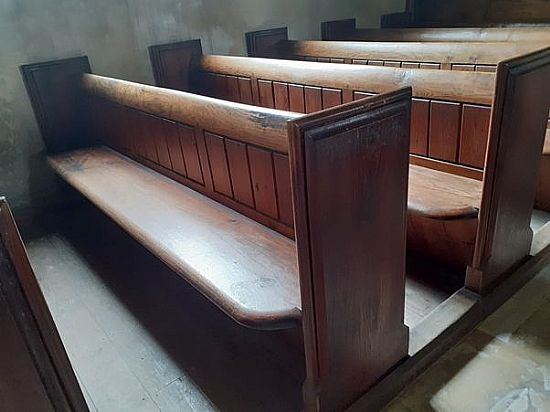 In accordance with the Re-ordering Permission (Faculty) obtained from Salisbury Diocese in January and to be able to re-open the building for worship while maintaining social distance, the PCC led by the Project Team has voted to implement the first phase of the project and remove the Victorian pews which will be replaced by chairs. The removal work will be undertaken by a local carpenter this August and we will have a fortnight in which to sell the pews, plus wrought iron radiators, before the floor is made good.
We know that local people have expressed an interest in acquiring a pew when the time came and therefore we are now inviting offers to purchase until the end of July with a possible time extension.
If you wish to view, St Andrew's Church is open on Wednesdays and Sundays or by prior arrangement with us by email (deleted) or telephone(deleted).

This advertisement prompted 61 comments on the Parish COuncils faceBook Page, and far more on the "Private" one, most protesting against the removal of the pews - most, also, not being "regular church-goers".

The protesters also contacted the national Press, and articles were published (but you may need a subscription to read) in:-
The Times,
The Telegraph and here and here,
The Daily Mail and here,
The Sun,
and the local Bournemouth Echo and here.
And it even reached the New York Daily News !

As a result of this unexpected, but very welcome nation-wide publicity, all the pews for sale were sold that day, with telephone calls from across the country.  It was regretted that they had not been auctioned!

Return to the previous Page