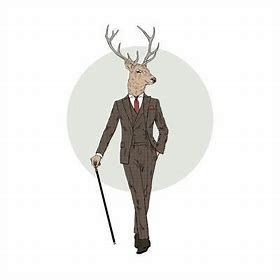 Shenanigans & League reconstruction - Is the time nigh

Not entirely linked to Walking Football but then as we are affiliated to Ross County FC it is surely of interest to our members and followers after all we are all fans of the beautiful game.

Yesterday the SPFL asked the 42 member clubs to vote on their proposal to wrap up the Championship, 1st and 2nd Divisions.

It appears that this is an effort to allow the prize money to be distributed to clubs in woeful need of some income as C-19 continues to literally throttle the life out of clubs as well as unfortunate victims of this horrible virus.

The Premiership would however be kept in abeyance for the moment but with the ruling being carried forward to the Premiership if the league itself could not be finished in due course.

Dundee United, Raith Rovers and Cove Rangers were all to be crowned champions of their respective leagues and promoted up a league. Partick Thistle and Stranraer would be relegated. Hearts relegation would be held in abeyance as would the crowning of Celtic as champions.

All went as expected for premiership teams with apparently Hearts and Rangers voting agin the proposal. Obvious reasons for both as Hearts dont want to berelegated should it transpire the Premiership follows suit and Rangers would presumably do anything to see Celtic fail to get 9 in a row far less that holy grail of 10 in a row. With 10 teams voting for however, the required 75% majority was reached.

Likewise the combined 1st and 2nd Divisions needed a 75% majority and this was easily reached after all these are the clubs in most distress one would surmise.

That then left the Championship clubs to make their decision and remember for the whole thing to pass, all three "divisions" (Premiership, Championship and combined 1st and 2nd division as one) had to individually reach the magic 75% mark.

So now the fun and games could commence.

It seems our wee neighbours Inverness Caley Thistle had some kind of pact with Partick Thistle, clear and obvious why they didnt like the proposal as their relegation would be sealed, and Dundee to vote against and as such vote the proposal down.

It seems however that ICT and Partick did as agreed and voted No but then Dundee it seems were playing the hokey cokey and had one foot in and one foot out. They seemed to want to keep their more illustrious neighbours Dundee United from being promoted, albeit they would grudgingly concede the title to be awarded, just not the greater prize of promotion to be awarded with it.

Its hard to see what ICT were doing as one would have thought they needed the income resulting more than most and surely they dont really believe they could still close the gap on, former European Cup Semi Finalists, UEFA Cup Finalists and the only team to have a 100% European Record exceeding two games againt the mighty Barcelona (4 times to be precise 2 home 2 away), that is Dundee United the mighty terrors from Tannadice, who of course just over 10 years ago also won the Scottish Cup at Hampden relatively convincingly beating our own feeder club Ross County FC by 3-0.

Dundee FC more commonly known as Fundee FC were clearly trying to protect their own interests by stopping arch rivals, the big team in Dundee, from getting promoted and thereby ensuring money spinning local derbies which would probably be the only times they were able to see their decaying stadium full to capacity unless Hearts were to come visiting with the title at stake and Hearts fans possibly wouldnt want to repeat that particular experience.

Stories are also circulating that Dundee are seeking revenge for clubs previously voting to dock them points for their one of many Administration excursions - After all they like going bust do the Fundee.

Its all very intriguing as Fundee say they voted and the SPFL say na you didnae. Rangers want to sue the SPFL for not cowtowing to them and Inverness CEO is totally bemused, not for a change by how few folk turn up to cheer his team, but by the stance of the funny wee team from Dundee.

If Fundee wait the statutory time to cast their vote, which may be yes or it may be no or more likely it is we dont know what the heck we are doing (nothing new there), then one or more of their "friends" in the SPFL will likely run out of cash and say bye bye to existence and if one domino goes we all know what results. Will Fundee turn executioner and consign a number of the countries Football clubs to the annals of history along with the team that Sevco replaced in the league.

The question has to be asked what is this fiasco and will it mean reconstruction which actually most footie fans probably want?

Well in our next blog from "Walking with County" perhaps we will know or maybe we will give the solution with our own proposal for reconstruction.

The views expressed herein are not those of Ross County FC or Ross County Walking Football Club but only those of the author of the blog.