We recently were granted two free radio carbon dates (worth £800) from the Card Fund (Community Archaeology Radio Carbon Dating Fund), which was set up to help local societies to date their sites. Only ten places in Britain were offered and we got two of them.

This brings our radio carbon dates up to nine in total and we are going for No 10 soon with our own funds.

The two dates were both for the Millbrae Project near Rosneath, one was for a burnt mound and the other was for an iron smelting site, known as a ‘bloomery’, both of which were discovered by us and are ‘firsts’ for this part of Argyll.

The burnt mound date was about 1700 BC, making it an Early Bronze Age site. We hope our next date; also, for another nearby burnt mound will be similar. No one really knows why the Bronze Age people were heating water using hot stones from a bonfire, but we know that is what they were doing. Nearly always, archaeologists assume it was for cooking food, but evidence for that is lacking.

Nevertheless, the date tells us when it was happening, if not why. This is the second Early Bronze Age location we have dated on Rosneath Peninsula, the other was at Portkil Cave where we also found pottery dating to even earlier than the burnt mound.

The second date was for a ‘bloomery’; a location where iron was being smelted. It turned out to be around 1370 AD and that fits well with other similar sites which have been dated in Scotland. So, around the time of James III and James IV, someone was trying to make iron at Millbrae. We have since found yet another bloomery site in Glen Douglas and a more well-known one is at the Ardess Hidden History Trail near Rowardennan on the east side of Loch Lomond.

We have also discovered 17th century green glaze pottery and a lovely little bell of the same period in Glen Fruin, these are the first objects to be found on the ancient settlements there. Both Glen Fruin and Glen Douglas are being explored by us at this time.

Finally, our Military Project is also throwing up some surprising results on WW II activity in the area, but more of that anon.

Things are happening quite fast these days;

The bottle glass from Millbrae is now with the specialist and we shall have a report on that in a few weeks time.

Possibly the last survey work on the Military Project has now been done at Mamore HAA gun site, nearly everything there is gone but we have aerial photographs showing the entire complex which showed some structures which were not surveyed by The association of Certificated Field Archaeologists (ACFA) when they recorded that site. We have just completed the work; the structures were the sewage tanks, manholes and pipes! So no one can accuse us of only doing the nice bits of sites. The survey does not help us to understand how Ack Ack guns worked but it does show us how good the overall installations were in WW II.

The most exciting news is that we have the latest radio carbon date for Millbrae, courtesy of Tilhill Forestry to whom we are indebted. The date for the site containing cereals and other seeds is around 650 AD. This is an exciting time in Scotland’s story, the date can be described as Late Iron Age, Dark Age or Early Christian – take your pick. The mid 7th century had kings all over the place, Anglo Saxons, Scots, Britons ect etc and of course – all fighting one another! ‘Old’ Melrose Abbey was founded at this time by Aidan who went on to be the Prior at Lindisfarne.

Dunnad Hillfort was in its hay day with metal working going on there and it is the time when the famous and beautiful Hunterston brooch was made. Govan church was an important place along with Dumbarton Rock whose king (a Briton) had won a victory over the Scots king of Dunnad and Dalriada.

The famous Synod of Whitby took place around this time to settle the date of Easter and to establish the rule of the Roman church over the Celtic one.

Adomnan in his ‘Life of Columba’ mentions Arthur, and later, Bede draws much material from this time for his famous history – it goes on and on.

Whoever burned those seeds on Millbrae would have heard about many of these things, we may never know who they were or why they were there, but we now have another important piece of Scotland’s environment accurately dated, the next question we are asking is – were the iron smelters at Millbrae the same people? Watch this space, we are on the case.

All of the Society fieldwork is now updated and published here on our web pages, but we have also printed hard copies which are deposited in both Helensburgh and Cove libraries and we hope to continue with that method of making our discoveries available to the widest possible audience. Remember the display in Helensburgh Library only lasts until the end of this year.

We have now received a grant of £400 from Catherine Mackichan Bursary Trust to produce a professional report on the rare 18th century bottle glass from Millbrae, this important assemblage mirrors similar collections found at the ‘other’ end of the Clyde in Upper Clydesdale from bastle house sites.

When we finished the excavation at Millbrae Cottage we planted a few spuds on the spoil heaps to see if they would grow, they did very well and we raffled the tatties at the AGM to raise an impressive £30. No ordinary spuds these; they are the first crop from Millbrae gardens in over 150 years. It is important for the Society to raise such funds to pay for the work we cannot do ourselves such as specialist’s reports and radio carbon dating, without which our reports would never be finalised.

We also have another radio carbon date in progress, this time courtesy of Tilhill Forestry Ltd, on one of the Millbrae pre historic sites where a collection of different cereals and other seeds was found. We are also applying for grants to have another three Millbrae sites similarly dated; these include the two burnt mounds and the iron smelting site.

The Military Survey is nearing completion as far as fieldwork is concerned but we shall be visiting the records offices at Edinburgh to track down wartime and later aerial photographs of each site, and then produce a final report, in the meantime all the sites are given on the web as interim reports.

Our next job is to install the display panel we have produced for the Glennan Burn Cup & Ring Stone above Helensburgh.

So it is all go, new information is coming to light, sometimes a couple of years after the ground work have been done with dating and specialists work on finds and charcoal. Our own research is ongoing on all aspects of our projects and it continually surprises us with new revelations.

We are especially grateful to The Robert Kiln Charitable Trust, Tilhill Forestry Ltd and The Catherine Mackichan Bursary Trust and Luss Estates for their generous contributions to our recent projects.

Many thanks to Foundation Scotland for their support and funding for the coming year. Link to their website on our links page.

Recorded site and took more samples small pieces of cannel coal bagged up. When dried out identified a small shard of pottery. Very exciting, think we will have to do more work in this area now. 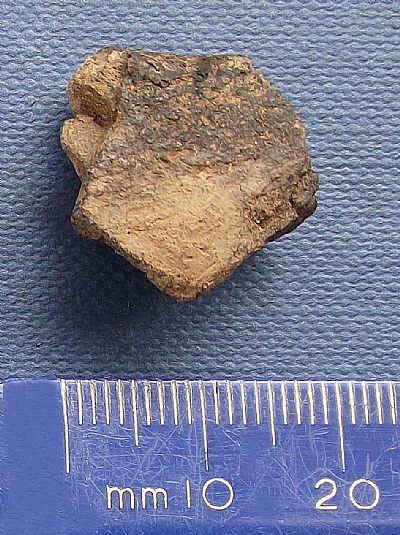 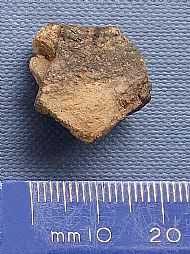 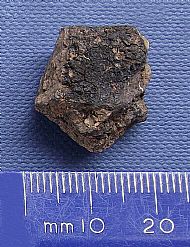 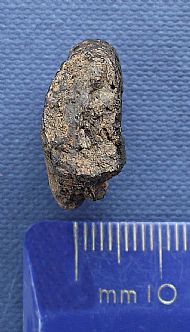 Cleaned up the site took more samples of cannel coal and charcoal. Looks like we may have reached the end of the work here.

Back  up the hill today, weather started well but had to abandon site at 1300 as the wind and rain was too bad. Cleared out some more of the area, some pieces of cannal coal coming out of the trench just down hill of the stone and charcoal feature where the flint tool had been discovered. Sample taken from the site for further examination of charcoal.

Committee meeting Tam brought along a flint scraper that had been found at site three that week. The scraper is a really interesting find with multiple features, potential borer edges and different radius scraper edges, photo and report to follow soon. 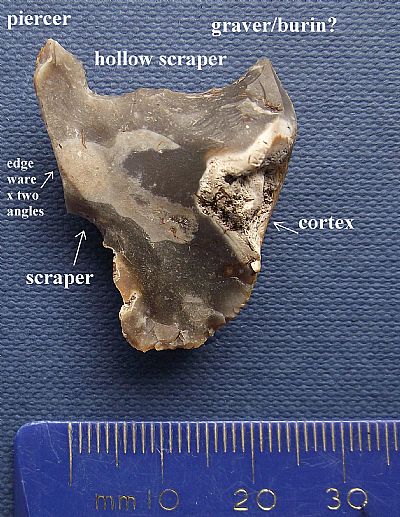 "Lying at the edge and on the feature (see plan) was a honey coloured mottled flint flake (SF/1) which is reckoned as being a composite tool. The flake is a secondary piece but with some cortex surviving, it measures 35x25x10mm in total. Several edges have wear evidence indicating its use in a multiple way, although expert opinion will be required, it appears to have the following attributes; a projecting part may have been used as a piercer, another pointed part may have been a piercer or more likely a graver or burin, a curved edge has certainly been used as a hollow scraper while a smaller part has also been used as a scraper and finally two angles of the projecting part have fine edge wear indicating some use, possibly for scraping. The object is therefore a multi purpose tool. "

Work on the hill was aborted today due to shooting taking place, A visit to Ardmore point filled a wet and windy day scoping out some interesting spots for the future. 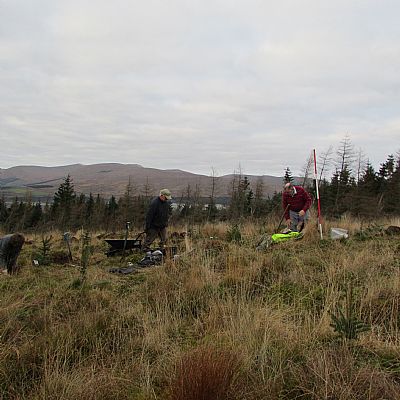 Day three of the excavation at site 1 and three buckets of charcoal samples taken from the site. Lots of water on the site but some drainage modifications and we were soon on the way again. Some further cleaning up required the story of burned mound activity developing. Maybe some post holes ?

Site 2 has now been de turfed and ready for cleaning up.This looks like a sunken pit fire but who knows what will develop.

Plenty of charcoal and an interesting set of large stones set among it. The investigation continues.

Fieldwork has commenced, despite the heavy rain and wind the first site has been de turfed and the cleaning up has started. 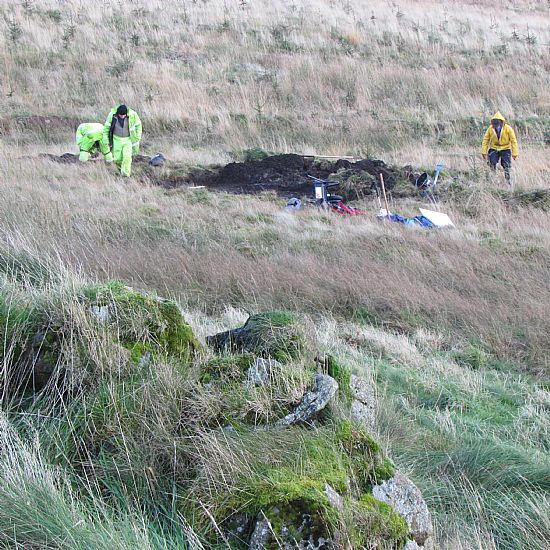 Come along and see the story unravel before us.