In grateful memory of our founder member 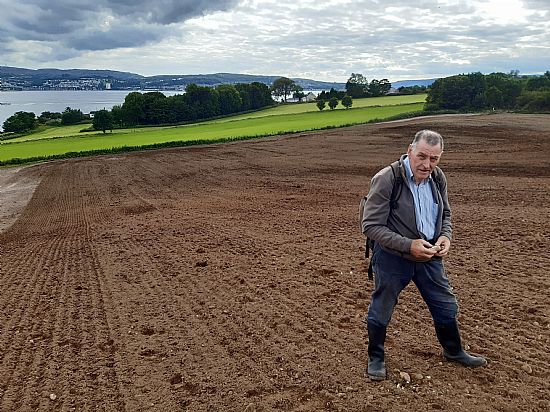 After the two bleak years of 2020 and 2021, with cancelled talks and events, hopefully we will get back to some normality in 2022. Our Society, like all others have endured a long setback in cancelled activities but our bond of friendship was not broken during that horrible time. The proof of that was the turnout for our AGM in September when twenty four members arrived at our new accommodation in the Helensburgh Community Hub in 116 East Princess Street. The venue is perfect for our requirements with more space for our lectures, and on the AGM we had numerous quality archaeological books for free issue, but which secured substantial donations to our funds.

Because the new season is already shortened the committee decided on a free year for members in the hope of encouraging some new people, which we have already done. So we are looking forward in confidence to getting a programme up and running in the New Year.

To kickstart that, Tam, re-elected as Chairman, will deliver a talk on 1st December on the work he has spent his ‘lockdown’ on, the survey and limited excavation of the USA Rosneath Base Two on the southern tip of the peninsula.

Forestry operations are expected to start this winter on Rosneath Greenisle Plantation, where the USA made their debut in WW II by building a submarine base, six months before they entered the war. To pre-empt the possibility that much of the extensive camp site would disappear by forestry operations, the work was begun in Jan of 2021 and continued until October that year.

A large report now given here on our web is not the end of the Project, as much research will now be pursued to add more details to this all but forgotten place, easily one of the most important in Scottish military history and one which must never be forgotten. We are now asking anyone who may have knowledge, photographs or maybe even objects from the area to contact us and let us tell even more of this fascinating story about the Americans in Scotland during that conflict.

Carole has nearly completed an extensive and comprehensive report on the Millbrae pottery, which will be produced with copious illustrations of the large assemblage from the site. We hope this will be received as a major contribution to 19th century Scottish pottery studies.

The new year will continue with three other lectures:

Feb 2nd. Derek Hamilton on the Loch Tay Crannog Project, (but sadly much destroyed by fire, so an update on progress with that will be looked forward to).

March 2nd. Alasdair and Carole will talk about The Kingdom of Rheged, (a subject which we are sure will be illuminating on the so called dark Ages).

April 6th. Iraia Arabaolaza on the Excavations at Sawmill Field Helensburgh, (a local subject on the recent pre-historic discoveries near Helensburgh Academy).

After that date we hope to announce a series of summer excursions to get fully back on track.

Further fieldwork is also in the pipeline for those who like to get out into the wilds of NCAS territory, in the meantime we hope you will find the Base Two Report of some interest and we look forward to hearing from anyone on any subject of relevance to our heritage. 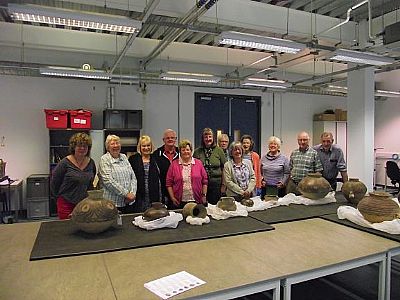 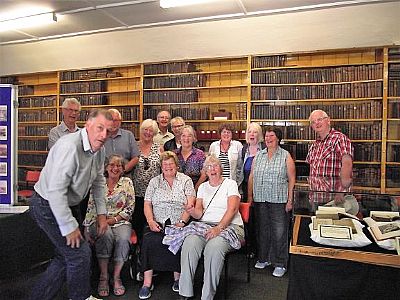 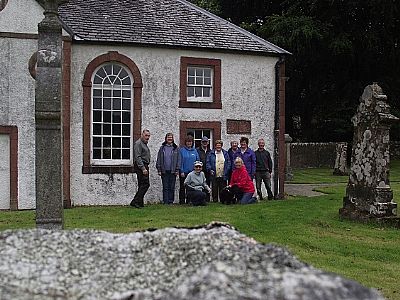 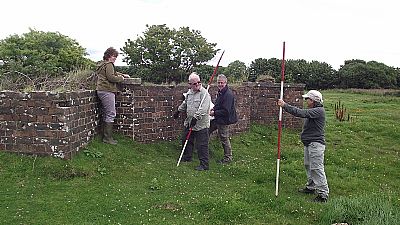 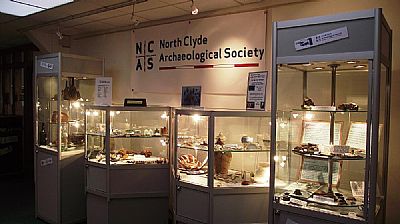 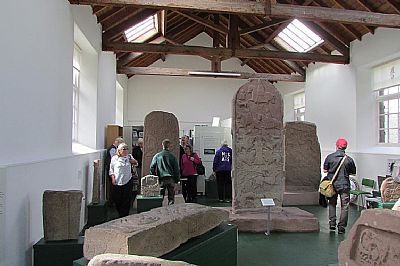 The impressive Pictish Stones at Meigle and then on to the Roman fort at Ardoch  with its array of defensive earth work ditches. 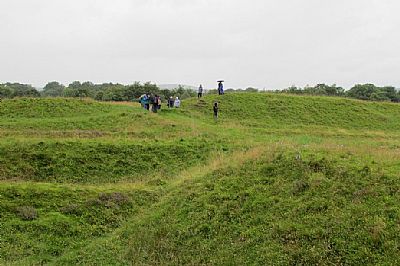 Thank you to everyone who came along to see us at Helensburgh and Cove. Lots of interest from plenty of people. 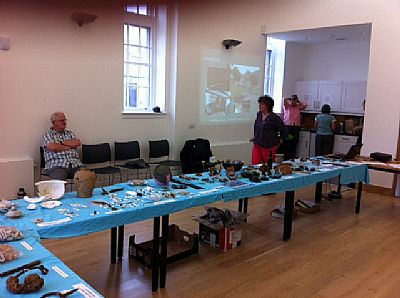 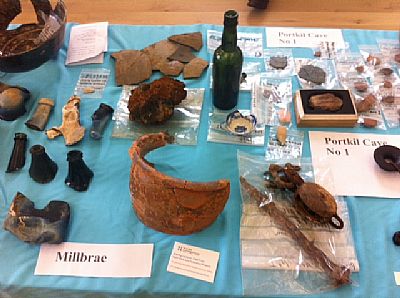 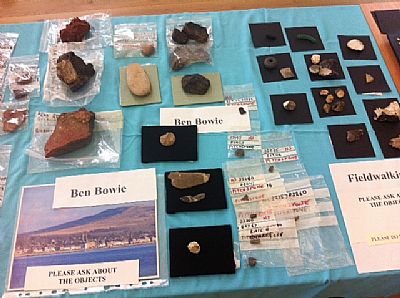 A great day out. 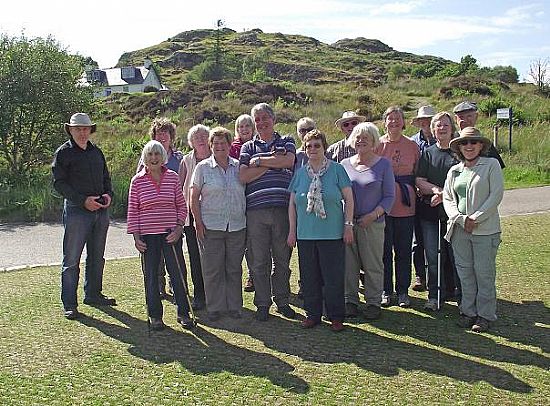 Come to the lectures or excursions before committing to society membership. 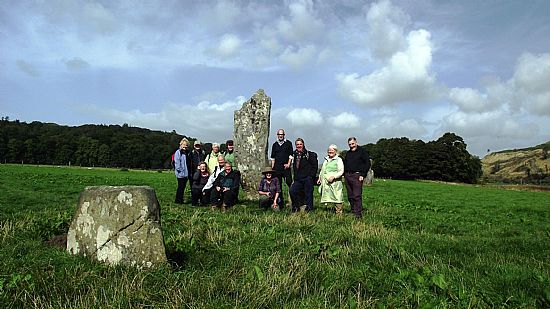 If you have friends that may be interested then bring them along as well.

It's time to start discovering the wide breadth of  archaeology in the Clyde Area. 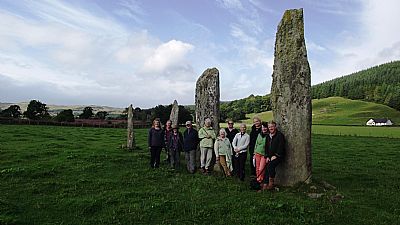 NCAS was formed in the summer of 2013. Tam Ward and Sandra Kelly from the Biggar Archaeology Group held a series of public meetings in the Victoria Halls Helensburgh to guage public support to form an archaeological group in the area. From this meeting a steering group was formed to plan ideas for a further public meeting. At this public meeting the name was agreed and members of a committee were elected. A first year programme for excursions and lectures was developed and is now as published on this site.

Kilmartin Excursion
The group all congregate around a cairn site in Kilmartin Glen to discuss the wealth of sites. Further information available under excursions. 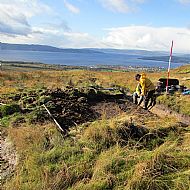 Antonine wall
Group excursion to the remains of the impressive Roman wall defences.

Carman Hill Excursion
Trip to Carman hill. Investigating Dark Age or Early Historic age hill fort and hut rings. We then looked at the area used as livestock fair and enclosures before heading back past some bomb craters. Another fabulous day.

Any objects secured will be dealt with under Scottish law of Bona Vacantia and reported to the Treasure Trove Panel.

Archaeology  of the North Clyde Area