Inverness YAC has its own research site! On a croft near Dingwall are some unusual dykes in the landscape. Are they prehistoric boundaries? Or perhaps something more recent? In order to find out, Inverness YAC investigated.

First we did a desk-based assessment and found out as much as we could about the area. It is a very important prehistoric landscape (the largest surviving gold Late Bronze Age hoard in Scotland was found just down the road, and there are a chambered cairn and round houses nearby). But maps show little activity here until the 1800s when the upland area was resettled by crofters.

Then Alan Thompson from North of Scotland Archaeology Society came and flew a drone over the site to provide some aerial photographs.

In 2015 we put two trenches across one of the dykes. The weather was wild, but we discovered that the dykes were made of turf, not stone. Strangely, the builders had gone to the trouble to lay down a layer of clay under the dyke before they began to build it. So we had more questions to answer!

In May 2017, thanks to funding from the Heritage Lottery Fund, we had a second excavation. This time we put a long trench across three of the dykes. See our blog for accounts of the dig!

Many thanks to all our diggers!

We found that what were originally thought to be another two dykes were actually dirt ridges on either side of a ditch. Samples were sent to be carbon dated, but unfortunately, there was not enough suitable charcoal in the samples. New samples have now been taken and sent off for analysis, and we are awaiting the results.

UPDATE: Results have come back as follows:

Charcoal material was recovered from this sample and sent for dating. However it was felt that this material was abraded and likely to have been disturbed before being deposited within the bank. The date obtained therefore is deemed to be a ‘terminus post quem’ or earliest possible date for the bank rather than a date for the creation of the structure. The charcoal was dated by the Scottish Universities Environmental Research Centre (SUERC). Lab Code: SUERC-75687 (GU45772). 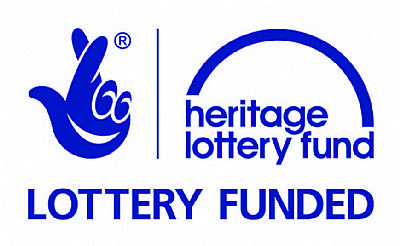