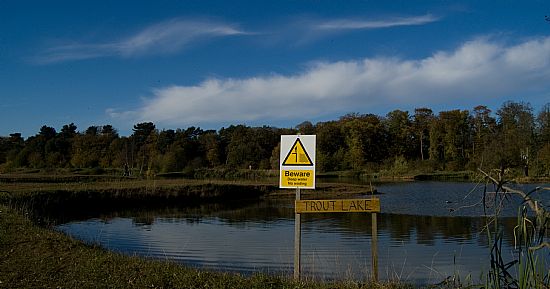 Fishing is conventional fly fishing with artificial fly only, no bait of any kind allowed! A current EA Licence is required to fish the Lake.

The new trout lake opened for business on April 1 2012 following a major initial stocking of nearly 500 fish weighing between 1lb 8oz to over 10lbs. More than 20 fish weighed about 3lbs.

The fish are regularly stocked from Cirencester-based Bibury Trout Farm which have been producing fine quality trout for 100 years. The stockings occasionaly include a number of brown trout, although anglers are being asked to return these to the lake after capture. 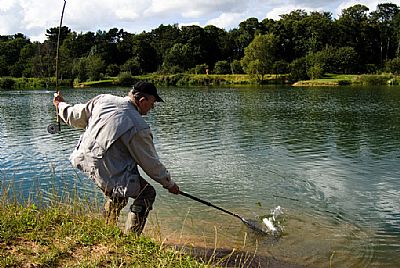 The lake has settled down well, and the new main bank has now been laid with a stone path around the lake. The water in the lake is clear and there are often buzzer hatches which the fish will feed on willingly. As a result of all the work, the lake should offer year-round fishing as the average depth is now 12 feet with 20 feet at the deepest - the cooler areas being better suited to trout in the summer (see map below). Keep abreast of our weekly Catch Returns on the News Page.

A cascading waterfall has been built at the inlet which is fed by the river and this should provide colder water in the warmer months when lake levels are being topped up. A recirculating pump will be used at other times to oxygenate the water. 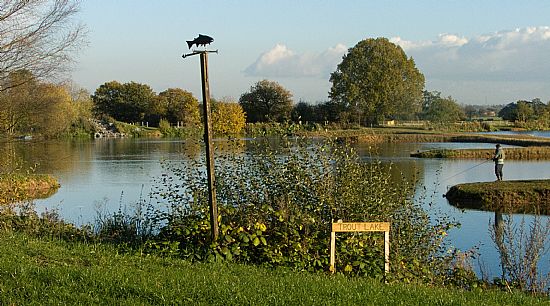 Anglers can fish on a 1-, 3- or 5- fish ticket. Catch and release is allowed after the bag limit is reached with up to three rainbows to be released. All browns must be returned. Anglers must use barbless flies only. Those who do not want to keep their catch can take their fish to the lodge so they can be given to someone who wants fish for the table. The fishery also allows fish over 2lbs 8oz to be released back into the lake. 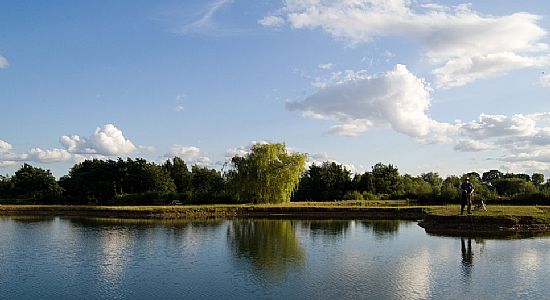 Anglers must kill their bag limit before any catch and release takes place and any fish taken must be shown to staff before leaving the fishery and recorded at the lodge.

Because of the depths close in there is strictly no wading allowed and anglers are advised to wear an inflatable style waistcoat whilst fishing the venue. Eye protection should also be worn. 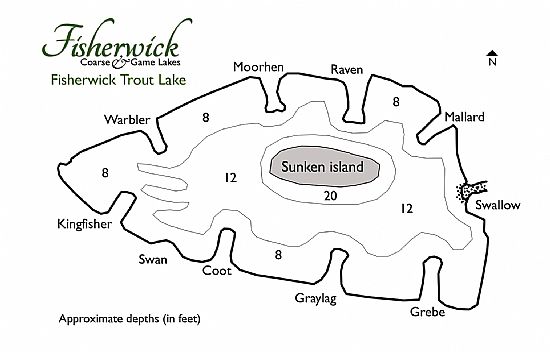