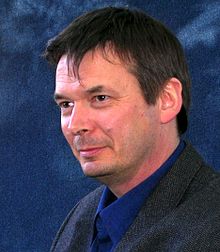 Internationally renowned author, the UK’s best-selling crime writer, Ian Rankin has now been delighting fans of his Rebus novels for 25 years, with his strong characterisation and plotting, and vivid sense of place. There are now 19 in the series, the latest, “Standing In Another Man’s Grave”, having been published in November this year.  In addition, he has introduced us - in two books ("The Complaints" and "The Impossible Dead") - to a new character, Malcolm Fox, of the Complaints section of the Lothians and Borders Police.

Rankin has received numerous awards (including an OBE and the prestigious Edinburgh Award) and honorary degrees for his work, which also includes short stories, non-fiction (“Rebus’s Scotland: A Personal Journey”), TV work – BBC2’s Newsnight Review,  and a series for Channel Four, “Ian Rankin’s Evil Thoughts”. Most recently he has been the subject of an Alan Yentob documentary on BBC2. His great love of music – always a feature of his novels – has led to CD collaborations with Jackie Leven, and St Jude’s Infirmary.

The conversation with Ian Rankin will give his keen readers an insight into his influences and working methods; it may also reveal his favourite music, books, places, and even bars!

For further information, and a full list of all his titles, visit the official website, www.ianrankin.co uk. 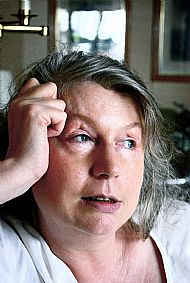 Candia McWilliam, who was born in Edinburgh and educated there and in England, has long connections with the Isle of Colonsay. After working in journalism and advertising, in 1988 she published  her first novel, "A Case of Knives', which was to win the Betty Trask Award for Fiction and the Guardian First Book Award. Later novels included “A Little Stranger” (1989) and “Debatable Land” (1994), which won the Guardian Fiction Prize, and, in 1998, its Italian translation won the Premio Grinzane Cavour for the best foreign novel of the year.

Mostly recently, she published “What To Look For In Winter: A Memoir In Blindness” (2010), a candid and utterly unselfpitying memoir written with dry humour and penetrating insight, which, with its fond descriptions of her close relationship to her adoptive family, the Howards, and to Colonsay, will be of great interest to island residents and visitors alike. Admirers of Candia's work will be glad to know that she is currently working on a new novel. 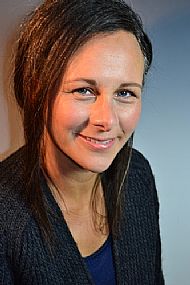 Sara is a prolific Edinburgh writer whose works range from books for children of all ages, to historical adventures and, most recently, crime fiction. Her historical novels, ‘The Secret Mandarin’ (2009) and ‘The Secret of the Sands’(2011), are based on the real-life stories of early 19th century explorers and adventurers:  the botanist Robert Fortune, and the Indian Navy lieutenant James Raymond Wellsted respectively.

Her latest book, ‘Brighton Belle’ (2012) is the first in a series of ‘cosy crime noir’ set in the Brighton of the 1950s, and featuring the feisty private detective, Mirabelle Bevan.

Sara is an active member of both the Historical and Crime Writers Associations, and sits on the Scottish committee of the Society of Authors. She is a mentor for the Scottish Book Trust and regularly runs writers’ workshops or “literary bootcamps”. She will running one such event on the morning of Sunday 28th April for any aspiring writers in Colonsay. 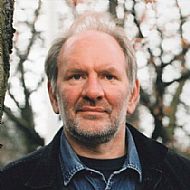 We are immensely grateful to Tom Pow for stepping in at the last minute to replace John Burnside. Tom - formerly a teacher, a frequent Writer in Residence at universities and festivals and currently a senior research fellow at The University of Glasgow Dumfries - is primarily a poet, with several award-winning collections to his name. He has also published young adult novels, radio plays and a travel book about Peru.

Of his recent work, 'Dear Alice - Narratives of Madness' won the poetry category in the SMIT Scottish Book Awards in 2009. His collection - 'In the Becoming' - Selected and New Poems - was published in 2009, and his project, 'In Another World: Among Europe's Dying Villages' (2010), explores the depopulation and falling birthrates of rural Europe, examining themes of memory, identity and loss.

In 2012, he collaborated with the artists Hugh Bryden and Lizzie Farey on an exhibition, 'Locating the Nest,' at the Royal Botanic Garden, Edinburgh; this exhibition, which is currently showing in Dumfries, looks at the nest as reality and metaphor. He is currently working on a project on mapping and poetry at the National Library of Scotland.

A regular visitor to Colonsay, Maggie has a distinguished career as both the Director of the Royal Society of Literature, and as a literary editor of The Economist’s arts magazine, “Intelligent Life”, for which she writes articles and book reviews.

Her own first book, which she will be discussing at the festival, was ‘George Mackay Brown: The Life’ (2006) for which she won the Saltire Society First Book Award. 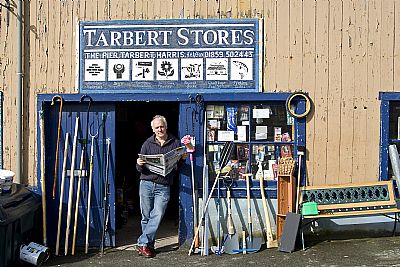 Born in South Uist and now living in Skye, Angus Peter  had the privilege of being taught at Oban High School by Iain Crichton Smith and at Edinburgh University by Sorley MacLean. Little wonder, then, that he subsequently made his career in words: as a noted Gaelic poet, story-teller and novelist, as well as a journalist, broadcaster and actor.

His numerous works include Gaelic novels for children and adults, several collections of poetry, both Gaelic and bilingual Gaelic/English, and two novels in English – ‘Invisible Islands’ (2006) and ‘Archie and the North Wind’ (2010).

His most recent bilingual collection, ‘Aibsidhe/ABC’, was published in 2011 and was selected as the Scottish Poetry Book of the Year.
He has also collaborated with the Skye photographer, Cailean MacLean, on a TV programme for BBC Alba on walking through the Hebrides, and Cailean’s work will provide the backdrop for Angus Peter’s performance at the Festival. 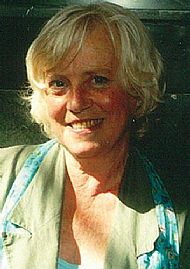 Mairi Hedderwick is a Scottish illustrator and writer possibly best known for her Katie Morag series of children’s books set on the fictional isle of Struay, which is loosely based on her own home for many years – off and on – the isle of Coll. But she has also written other children’s titles and illustrated works by various authors including Moira Miller, Joan Lingard, Tom Pow and Christopher Rush.

She has also produced several books of travel writing for adults including ‘An Eye on the Hebrides’, ‘Highland Journey’ and ‘Sea Change’, an account of a 6-week voyage down the Caledonian Canal and out to sea on a fine old yacht, the Anassa. Her most recent book, ‘The Last Laird of Coll’ (2011), recounts memories of life in Coll and of Kenneth Stewart who was the principal landowner on the island from 1942 until 1991.

Mairi received an honorary degree from the University of Stirling in 2003, in recognition of her 'outstanding contribution to writing and illustration in Scotland, especially for children.’ Mairi is still in great demand for visits to schools and talks for children, and is always accompanied by Katie Morag’s teddy bear, who travels in a black bag! 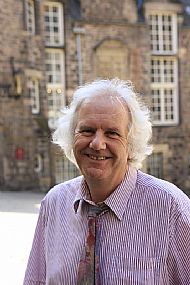 With an international reputation as a prize-winning novelist, Ron Butlin is also the Edinburgh Makar (poet laureate). In 2009 he was made the first ever Honorary Writing fellow (together with Ian Rankin) at Edinburgh University. Much of his poetry, as well as many of his novels and short stories have been broadcast and translated into over ten languages. In addition to his plays for BBC radio and theatre (most recently Sweet Dreams for Oran Mor in Glasgow), he has written five operas, two of them for Scottish Opera.

We are delighted to welcome Ron, accompanied by Anne Evans and Dick Lee, to Colonsay where they will reprise their critically acclaimed show The Magicians of Edinburgh