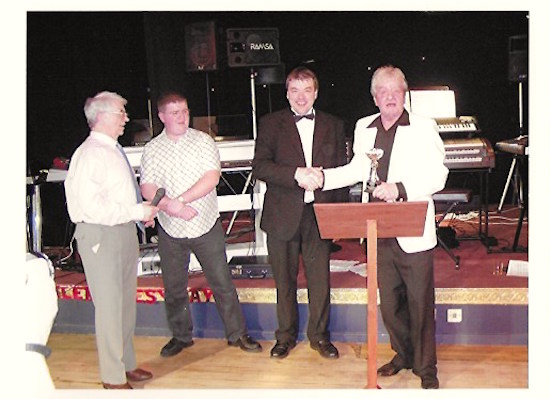 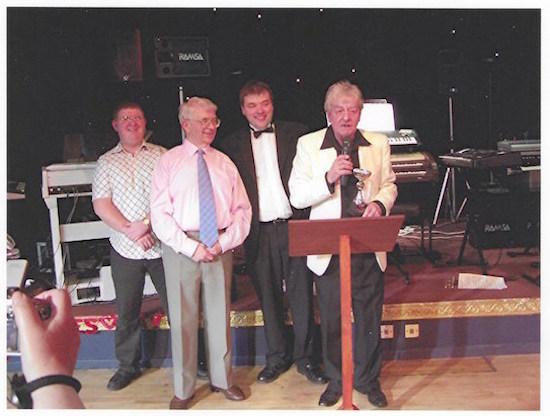 and a few words from the man himself.

To coincide with the announcement of the British Organ-Keyboard Player Awards at Lyme Bay in February 2004, Brian Sharp, one of the guest players, was given a special award for his lifetime contribution to keyboard music.   After personal tributes by Tony Stace and Ian Griffin, two players who have been inspired by Brian, the maestro was presented with an engraved trophy. This was followed by a superb performance by Brian with a standing ovation from the audience. After this Brian joined the Keyklix duo to wind up the festival with yet another standing ovation.   It was a great end to an event that will surely go down in history.