I’m very pleased to see that National Museums Scotland is returning the House of Ni’isjoohl Memorial Pole to the Nisga’a Nation… https://twitter.com/NtlMuseumsScot

Over the centuries many objects and artefacts  have been taken from their place of origin.  Some were traded fairly, some traded unfairly and some – simply stolen – taken without leave to take, sometimes by force, and never returned.

Some of these stolen objects were of monetary value, some – even worse – were of spiritual ‘value’ to the people they were taken from.

Taking a nation’s wealth is one thing, taking its soul is another.

In recent years an awareness of the wrongs done to colonized and conquered nations has arisen – among other wrongs, those relating to their appropriated objects of ‘value’.

Reparation and restoration has been made in some cases.  The Benin Bronzes  are in process of being returned – which is A GOOD THING!

Our own Stromness Museum has objects from around the world and the collections development team has, in recent years, been researching the provenance and interpretation of the central and western African material in the ethnographic collections.

Near Holm, South Ronaldsay there is a Totem pole which  was erected some years ago by the combined effort of some First Nation visitors, and local folk. 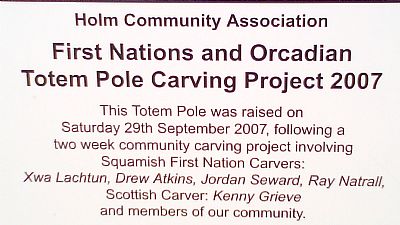 It wouldn’t be an Orkney totem pole without a Selkie…. 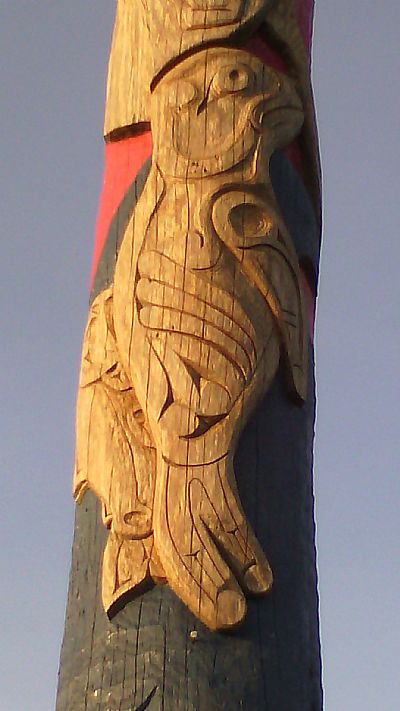 The lower section of the Totem Pole is covered in carved hands – hands which make, and raise and join together, to produce. 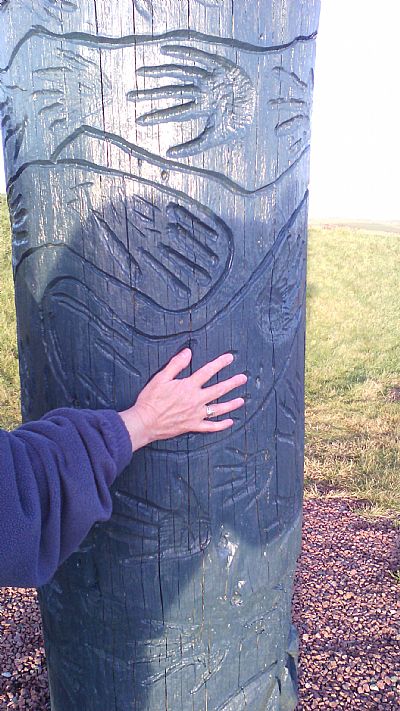 There are handprints, placed,

On stones, on walls

Has a carbon hand-print

Placed, yet not placed.

Someone asked me about Skaill House, so I sent her these…..

I received this from Avaaz….

BIG PICTURE: Last year, millions of Avaaz members called for sanctions on the Israeli government after it committed brutal crimes against innocent civilians, including killing dozens of children in Gaza. But Israel’s largest trade partner, the European Union, ignored this call. What’s even worse: Israel is now moving to expand its trade in war crime goods from stolen lands - funding more bloodshed.

PERSISTENCE: We won’t give up - there’s a legal way to force the EU to engage with our demands, it's called a European Citizens’ Initiative (ECI). For it to succeed, EU law requires that we collect one million official signatures from citizens of Europe, and we must do so in the next three months. It could be a historic victory, but to achieve it…

YOUR HELP IS CRUCIAL: Millions of Europeans support Palestine - we just need to make sure they see this initiative and sign it. That’s where you come in. Support this campaign now by signing with one click, then share with all your friends --especially those in Europe!

Extremist Israeli Prime Minister Netanyahu and a coalition of far-right parties just took power. One of their very first anticipated steps is to speed up the illegal theft of Palestinian lands. That means more violence, more bloodshed, and more destruction.

49 Palestinian children have been killed this year. This violence must stop. This European Citizen’s Initiative will push back against this horror, taking away a key financial incentive and showing the far-right Israeli government that people will not remain silent as the occupation brutalises innocent civilians.

EU law imposes a strict deadline to collect the one million signatures. We only have three months left to collect the required signatures – please support this campaign now by signing with one click below, then share with all your friends, especially those in Europe!

A victory is possible -- with the ECI being one of the most impactful legal tools available to force EU politicians to listen to their citizens.

With hope and determination,

Avaaz is a 70-million-person global campaign network that works to ensure that the views and values of the world's people shape global decision-making. ("Avaaz" means "voice" or "song" in many languages.) Avaaz members live in every nation of the world; our team is spread across 18 countries on 6 continents and operates in 17 languages. Learn about some of Avaaz's biggest campaigns here, or follow us on Facebook, Twitter, or Instagram.