‘Bad Habits’…..Catch Them If You Can …Fare-well To Julie Gibson….. 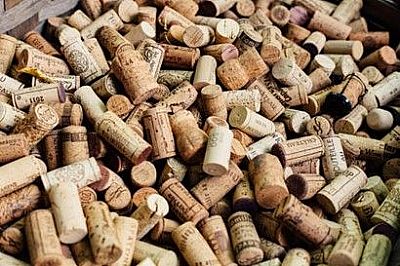 I used to know someone who was, allegedly, collecting wine bottle corks to make a bath mat. They sat in a box – last I heard – still sitting in the box.

We use them as cane toppers in the garden.

One of our neighbours is a bin-man who told us that you can tell the drinkers by the content of their bins – he said that with a knowing look.

Catch Them If You Can

When he opened the door

He could hear the rustling

Some turning towards him

He kept them caged

Or they would fly.

Though he treated them well -

Sometimes they would work with him

Sometimes they were elusive.

Julie Gibson has been most excellent as County Archaeologist.  She’s accessible, which some archaeologists/academics….aren’t!  So I’d like to add my voice to wish her all the best in her retirement…..  https://www.orkney.gov.uk/News?postid=6769

If you read the ‘comments’ to this piece, you’ll see what I mean about Julie’s approach to her work and to the public… https://theorkneynews.scot/2020/01/24/newark-bay-life-on-the-edge-of-the-ocean/

She got it right.

I only wish I had a photo of Julie as ‘Snow White’ from an OAS fundraiser too many years ago to mention.  Jane Downes with a (false) moustache – Nick card in a satin cape…..

It’s not all digging – sometimes it’s about being a bit giddy too.

Good Luck to Paul Sharman who is taking over in tricky times.

Here are three I made earlier…..