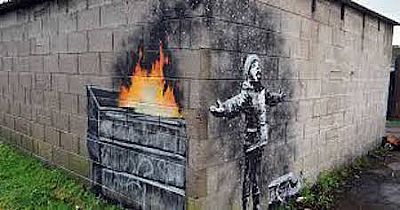 Banksy art appeared on a garage in Taibach, Port Talbot, in December 2018.  What looks like snow falling on the young boy is ash from the fire.

Earlier in the year, there was a dust fall-out from the nearby steelworks, which even covered pets belonging to residents.

Thousands of people have been to see this artwork which has had nationwide publicity.

It has been even listed on Google Maps: 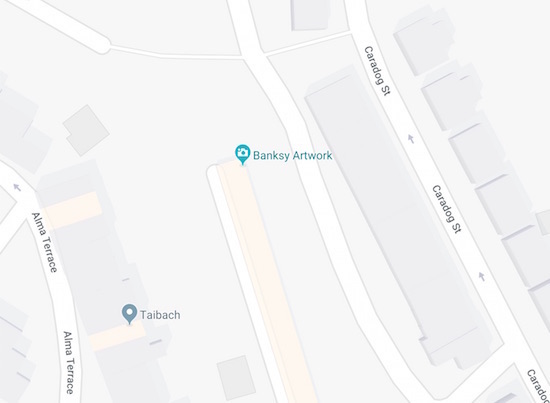 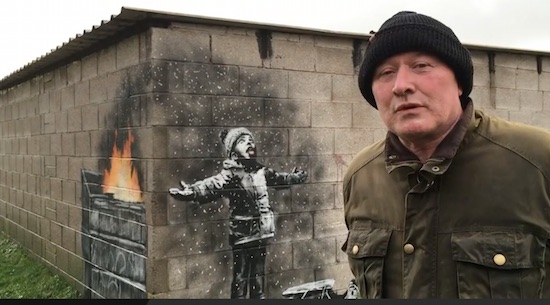 Ian Lewis, the owner of the garage, said: “I know a little bit about Banksy, and I think it's a good image. I want to look after it, but don’t know what to do, perhaps put perspex around it.

“But I never dreamed it would come to this."

The first he knew of the image was when he saw a photo posted on social media, and quickly realised the painting was on his property.

The work features a boy appearing to enjoy the snow on one wall, then, just around the corner, a metal commercial bin with a fire inside. What you initially think is snow, is actually falling ash from the material burning in the bin.