Islay Festival of the Sea

Islay's festival of the sea got off swimingly this evening with a fantastic talk delivered by Dr Richard Woods on his audacious and ultimately succesful attempt to conquer the notorious North West Passage. Dr Woods and his son concieved this plan whilst lying at anchor on their 40ft yacht Norwegian Blue, off the coast of New Zealand. This journey involved a 6000 mile trans pacific passage to the northern part of Alaska with no gaurantee that the pack ice would retreat far enough to enable a successful navigation from the Pacific to the Atlantic around Canada's bleak north coast. 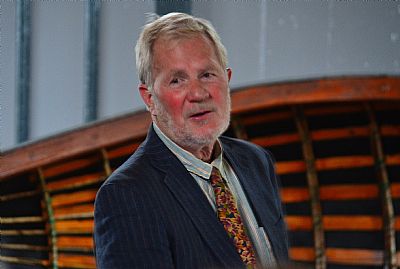 Accompanying his discourse Dr Woods showed some of his fantastic images from the voyage which included breath-taking pictures of smoldering anthracite mountains and Polar Bears swimming beside the boat. The presentation also included some excellent video footage of the journey which has been shown on the Discovery Channel. 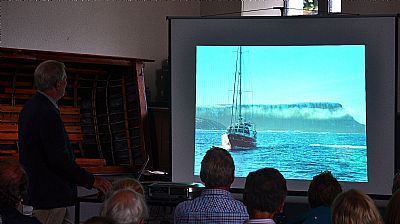 Dr Woods was followed by Anna MacQuarrie from Ionad Chalum Cille Ile and local authority on all things Gaelic and Maritime Jim MacFarlane who had brought along the Curragh built at last years Festival of the Sea. Both Anna and Jim discussed the Gaelic names associated with the ancient craft of Curragh building, the origins of which may go back more than 6000 years and originate on the African continent.

Jim went on to speak of a local legend that described how St Columba was asked by the church to leave Ireland and travel to the Scottish West Coast to put distance between himself and a flame haired beauty, who later became immortilised as St Brigit or as she is known in the isles St Bride. This legend has St Columba making his first landfall in Leodamus Bay and praying at a rock called Clach Challum (Calums Stone) which Jim went on to say lay beneath the seats of those who attended this evenings talk and upon which was built the church now named the Columba Hall. 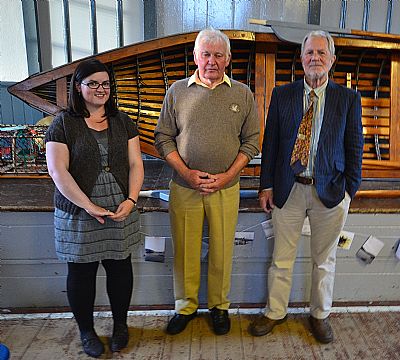 A breezy start to the watersports activities with dinghy's, paddle boards and kayaks all out in the bay making a colourful spectacle and plenty laughter can be heard.

Today the event organisers are pleased to be able to announce that Trail West will be playing on Saturday afternoon on the stage on the green. Admission to this event is FREE!!!!! 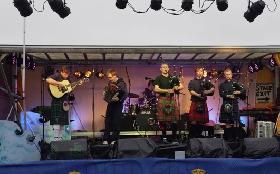