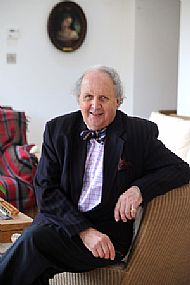 Alexander McCall Smith's first equally illustrious career was as an academic lawyer, Professor of Medical Law, at Edinburgh University. Before he achieved world-wide fame as a writer of books for adults, he wrote for children, and among his many hugely popular titles were 'The Perfect Hamburger', 'The Little Theatre', 'The Bubblegum Tree' and the Akimbo series.
It was his 'No. 1 Ladies' Detective Agency' series, set in Botswana, that brought him to international notice. These books have now sold over 10 million copies in English alone, and are being translated into 34 languages world-wide. The most recent book is 'The Saturday Big Tent Wedding'.
Alexander's other series have been equally popular: '44 Scotland Street', first issued in daily episodes in the Scotsman newspaper, the latest edition being 'Bertie Plays the Blues', and the Isabel Dalhousie novels, which feature an Edinburgh philosopher with an incorrigible curiosity into the foibles of human behaviour. The latest in this series is 'The Forgotten Affairs of Youth'. 'Corduroy Mansions' and 'The Dog Who Came In From The Cold' - set in Pimlico - were also written in daily chapters for the Daily Telegraph online.
We do not have space to list all his many titles, so for further information, and full details of all his books, visit his website -

Since becoming a full-time writer, James has published more than 20 books, both for adults and children. Between 1993-95 he was writer-in-residence  at Brownsbank Cottage, near Biggar, the former home of Hugh MacDiarmid. He set up the Scots language children's imprint, Itchy Coo, and has published numerous new works, such as the Katie stories, and reworkings of old tales, in Scots. He also runs a website - www.kettillonia.co.uk - which issues new writings, poems, essays etc, from all over Scotland.

A poet and essayist as well as novelist - in 2005 he published 'Voyage of Intent: Sonnets and Essays from the Scottish Parliament' - his first book for adults was 'The Fanatic' (2000). His second, 'Joseph Knight', based on the true story of a slave who came from the Caribbean to Scotland, won both the Saltire Society and the Scottish Arts Council Book of the Year Awards for 2003/04.  'The Testament of Gideon Mack' (2006) was long-listed for the Man Booker Prize and several other awards. "And The Land Lay Still', a panoramic look at Scottish politics and culture in the latter part of the 20th century, won the Saltire Society's Scottish Book of the Year Award in 2010, and is still in the best-seller charts.

Appointed Scotland's Makar in succession to Edwin Morgan, poet and playwright Liz Lochhead originally studied at the Glasgow School of Art and taught art in schools in Glasgow and Bristol. Writer in Residence at Edinburgh University (1986-87) and at the Royal Shakespeare Company (1988), her poems have been published in many collections, and she has won several awards for her work. Her collection, 'The Colour of Black and White - Poems 1984-2003', was published in 2003. Her latest collection, 'The Choosing', was issued in 2011.
She is also known as a performance poet, broadcaster and playwright.  "Mary Queen of Scots Got Her Head Chopped Off (1987) was recently restaged to great acclaim at the Royal Lyceum Theatre, Edinburgh. Other theatre work includes 'Dracula' (1989), 'Cuba' (1999), a play for young  people, and "Perfect Days' (1998). She has also translated and adapted many classic works, including Moliere's 'Tartuffe', Euripedes' 'Medea' (which won her the Scottish Saltire Society's Book of the Year Award in 2000), and Moliere's 'The Misanthrope' (2002)  which, under the title 'Misery Guts', she transposed to the modern-day Scottish Parliament. 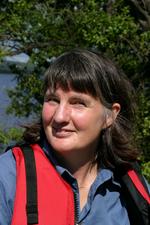 Another former academic - she is Emeritus Professor in the Department of English Studies at the University of Strathclyde - Margaret's first novel was published in 1987. She has written poetry, short stories and eight novels.

She describes her fiction as mostly historical. "I usually write about people living 'on the edge'  .... on journeys to places on the edge - islands, frontiers - where cultures and ideas meet and evolve." 'The Sea Road' (2000) concerns the Viking exploration of the North Atlantic. 'Voyageurs' (2003) is about a Cumbrian Quaker caught up in the North American  war of 1812.  'Light', set in the 1830s, examines the repercussions when an Edinburgh surveying team arrives on a remote island off the Isle of Man to build a lighthouse.  'Hy Brasil' (2002), a political thriller set on the famously fictitious island, also examines 'the myths surrounding real and imagined islands'. Her most recent novel, 'The Gathering Night' published in 2009, is set in Mesolithic times.

For more information about all her works, including 2 recently published essays, visit the website - www.margaretelphinstone.co.uk 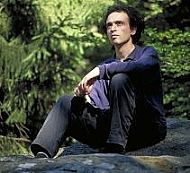 Primarily a poet who has published several collections of his poems, Kenneth also writes picture books and novels for children, and has published three novels concerning the land - 'The Highland Trilogy'. His work is inspired by the land, and the umbilical relationship between people and the land, especially in remote places.

Kenneth also leads workshops on the writing process for younger children and older students, and runs a writing retreat - 'Write from the Heart' - on Iona.

His poetic works include 'Columba', 'Iona', 'Salt and Light', 'Imagining Things' and 'Wild Horses'. His most recent collection, 'Evensong', was published in November 2011. 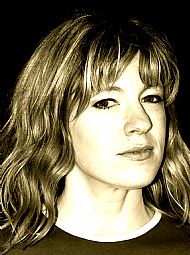 Sophie Cooke is the author of the novels The Glass House and Under The Mountain, both set in Perthshire, where she grew up. The Glass House was shortlisted for the Saltire First Book of the Year Award, and both her books have been published in the UK, New Zealand, Australia, Canada, and South Africa. Sophie's short stories have been broadcast on BBC Radio and published in anthologies and literary magazines in the UK and across Europe. She won the runner-up prize in the MacAllan/Scotland on Sunday Short Story Competition. Sophie is also a poet, and has won the Genomics Forum Poetry Prize and been long-listed for the Montreal International Poetry Prize. She has read her poetry in locations ranging from British music festivals and art galleries to the Lviv Opera & Ballet Theatre in Ukraine. She is on Twitter at www.twitter.com/misssophiecooke and has a short story on Kindle at www.amazon.co.uk/After-The-Reunion-ebook/dp/B004XJ6DFK. She's currently working on her third novel and some astronomy-themed poetry. Visit her website at http://sophiecooke.com/

Robin Laing is one of those lucky individuals who have turned their hobbies and interests into a career. On the one hand, Robin is passionate about whisky; Scotland's most important export, her most successful traditional industry and perhaps her greatest contribution to humanity. Robin chairs the tasting panel for the Scotch Malt Whisky Society and writes many of their almost poetic tasting descriptions. He also contributes regularly to Whisky Magazine and has published The Whisky Muse (Luath Press), which is a collection of poems and songs on the subject of Scotch whisky. On the other hand, Robin is also a musician. As a songwriter and interpreter of traditional Scots song, he has recorded seven cds. Three of those are whisky cds; 'The Angels' Share' (1997), 'The Water of Life' (2003) and 'One for the Road' (2007). Robin performs his 'Whisky and Song' shows all over the world, thus being an ambassador for Scotland in the most enjoyable way imaginable.