Now that the project is officially over, we wanted to retain some meories of what we did, when and where. The images below are about the business of running the project, not about what we learned from it. So - no pictures of Cromarty buildings or of the various artefacts that were unearthed at our Memories sessions. Instead, this is the story of what we - the Steering Group and our Facilitators - did between November 2012 and October 2013. 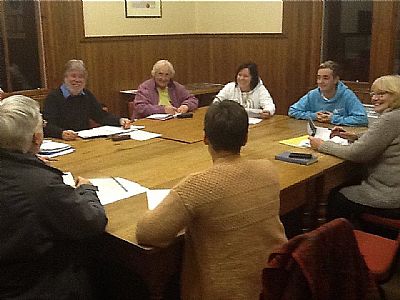 The full Steering Group met for the first time at the Hugh Miller Institute, November 2012. 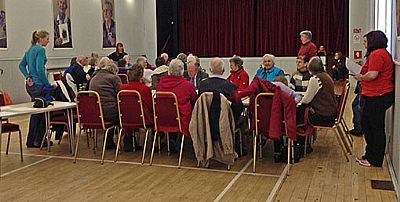 The Fourways Club hosted our first 'Memories' session in the Victoria Hall - on Cromarty Homes. Our two Facilitators, Mary Peteranna and Lynn Fraser are standing on the left, with Project Chair, Sandy Thomson keeping an eye on things at the back. 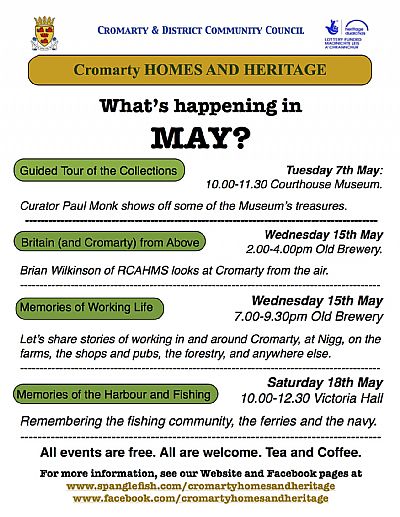 We tried to let people know what was happening with our series of monthly posters around the town. May was quite a busy month. 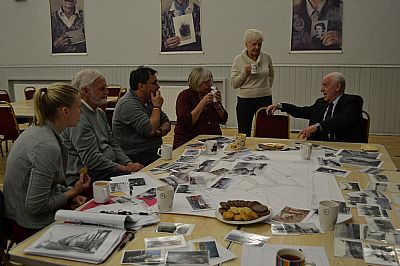 The Memories session on the Harbour and Fishing was led, in large part, by our Harbourmaster, Ronald Young. Ronald brought along lots of old photos and other bits of memoribilia that really got folk talking and sharing memories. 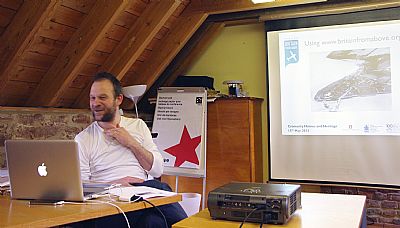 One of the undoubted highlights of the programme was the visit of Brian Wilkinson of RCAHMS. Brian is responsible for the Scottish end of the 'Britain from Above' project, which is collecting and collating aerial photographs dating from the 1930s to the 1950s. Brian was able to show us what was available for our local area, and there were some fascinating shots of Cromarty from the air. It's worth paying a visit to the 'Britain from Above' website to see what has been collected so far. 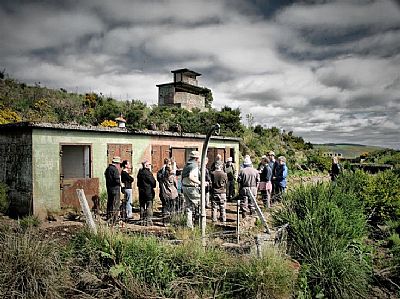 This was our tour in June of the wartime buildings on the South Sutor. We were led by Alan Kilpatrick of the Royal Commission for Ancient and Historic Monuments in Scotland (RCAHMS). This was a wonderful opportunity to see the First and Second World War gun emplacements that guarded the Firth. 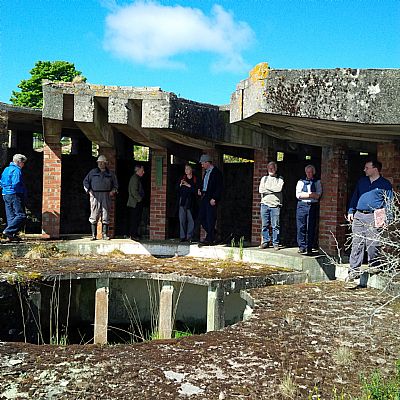 Here is the tour group at one of the two massive gun emplacements overlooking the coast and guarding the entrance to the Firth. 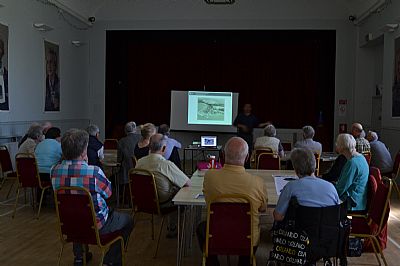 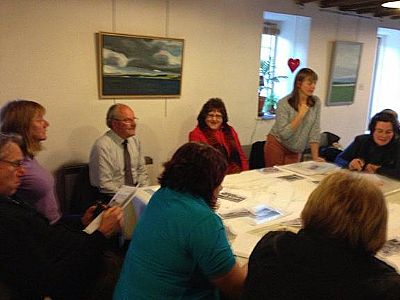 Alan Kilpatrick stayed with us for the afternoon Memories session on 'Cromarty at War.' He had brought along some slides from RCAHMS to supplement our own photos and stories of Cromarty during both World Wars.

Another Memories session - this time in the Old Brewery, on the theme of 'Social Places'. We talked about dances at the Victoria Hall and the Legion, and the different societies in the town, before we were sidetracked onto a discussion about local walks. Alison and Gladys then told us about their legendary can-can! 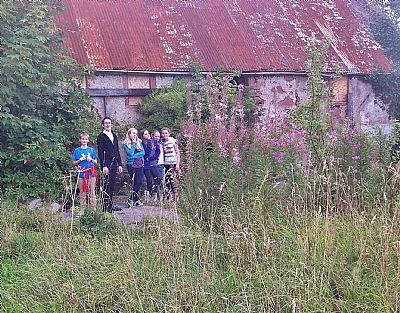 Meanwhile, the Cromarty Youth Cafe, led by Wanda MacKay and Fraser Thomson, were out and about exploring Cromarty buildings. Here they are at the town's oldest surviving dwelling - Townlands Barn, formerly Sandilands House - dating from the late 17th century. 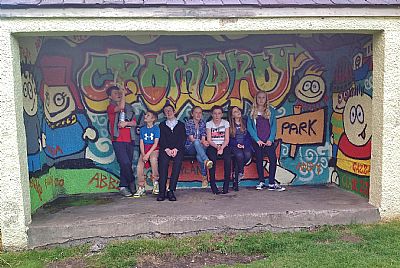 And here they are at their very favourite Cromarty building - the legendary Shelter Shed. 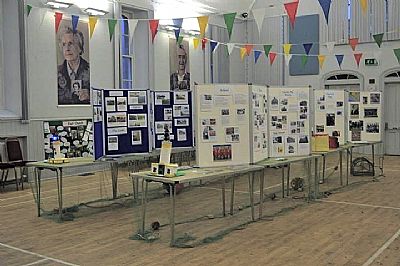 This is what our Final Exhibition in the Victoria Hall looked like before the visitors arrived on Friday 4th October. 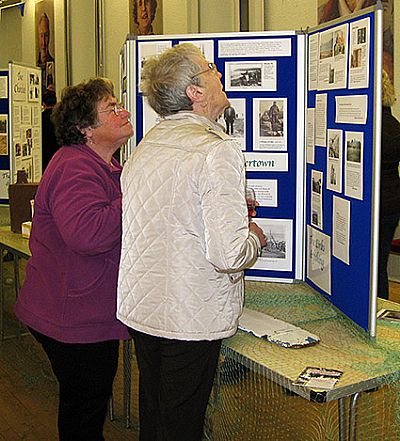 Here we have Alison and Jean paying close attention to one of the display boards. 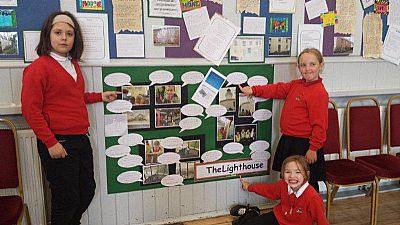 The Primary School certainly played their part, with all the research they had dome about buildings in the town. 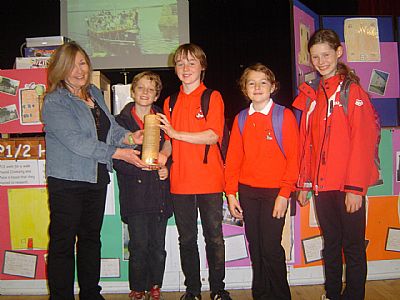 And the school was a very worthy winner of Cromarty Arts Trust's 'Creative Cromarty' trophy for 2013. It's being presented here to the Primary 7 class by Caroline Hewat, Arts Development Manager at the Trust. 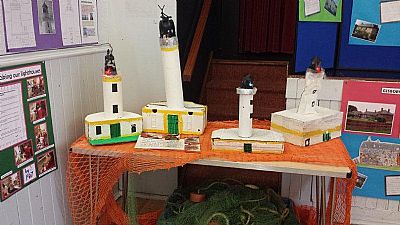 Their model lighthouses with the flashing lights really stole the show!