We thought you might be interested in seeing copies of letters Alex Middleton MD and major shareholder of Greenbelt Group has been sending to homeoweners across Scotland, whose burdens have been declared invalid by the Keeper of the Registers of Scotland, based on the oucomes of the Marriott V Greenbelt Group test case.

Mr Middleton appears to be implying that The Keeper has made an error which is capable of being overturned.  NOT TRUE - THE BURDENS HAVE BEEN REMOVED AND CANNOT BE REINSERTED - THE TEST CASE PROVED THIS.  No doubt Mr Middleton intends to continue billing communities for services they are no longer obliged to pay for - we wonder about the legality of that stance.  If you feel you are being misled, it might be worth reporting your concerns to Police Scotland who define fraud as "a crime in which some kind of deception is used for personal gain." 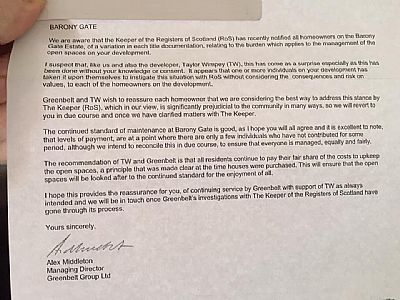 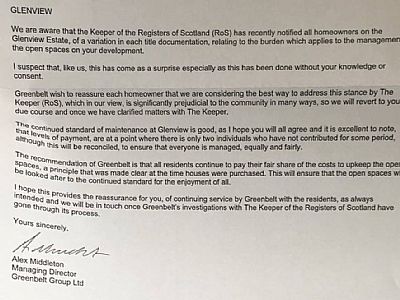 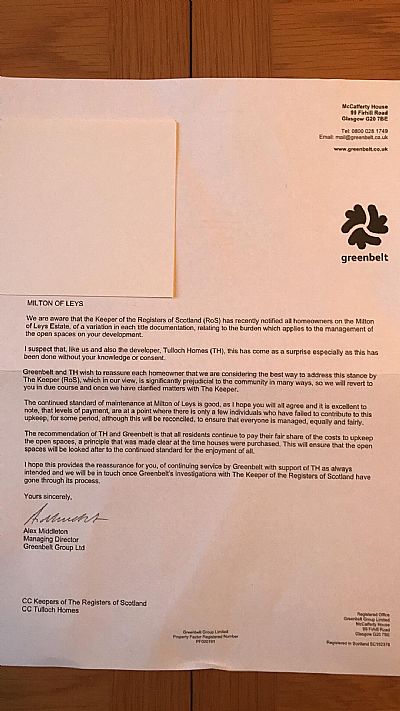