Carmel is a name that is commonly used to define a few notions. First of all it is a name of a coastal mountain range in northern Israel where, in the Middle Ages, a group of hermits lived and prayed together creating a unique spiritual tradition of prayer and contemplation that later helped to form a new religious community of men and women known as Carmelites. They developed their own charism and spirituality, which is simply called Carmel. This page is to present some basic information about the three different notions of the word ' Carmel: mountain, religious order and spiritualit tradition.

Mount Carmel, 546 metres (1,810 feets) high is a mountain range in northern Israel stretching from the Mediterranean Sea towards the southeast. In the Hebrew language the mountain is known as Har HaKarmel, God's vineyard. From the geographical and geological point of view, the phrase Mount Carmel is used to refer three different parts of this place: the whole range of the mountain, which is 39 km long, the northwestern range of the mountain, which is 19 km long, and the headland at the northwestern end of the range. The mountain itself is approximately 6 to 8 km wide, sloping gradually towards the southwest. It forms, however, a steep ridge on the northeastern face. This ridge is known as Rom Carmel. The most prominent valley in the range, the Jezreel Valley is located in the northeast part of the range. The mountain formation is a mixture of limestone and flint, which contains many caves. The sloped side of the mountain is covered with luxuriant vegetation, including olive, oak and pine trees. 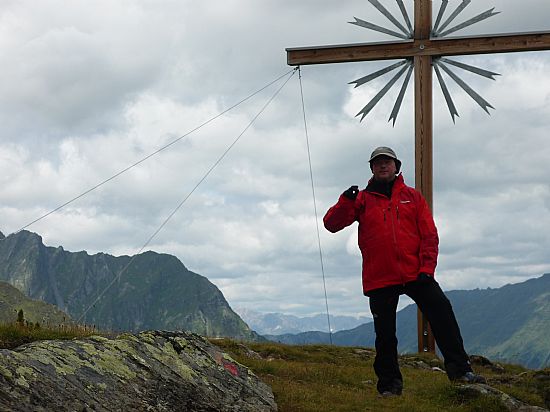 In the first half of the 20. century, archeologists excavated fours caves located in the range of Mount Carmel. They founded a number of rock shelters on the slopes of which the best known are el-Wad, el-Tabun and Es Skhul. Some of them were inhabited by Homo Neanderthalensis and early modern Homo Sapiens. The work of archeologists in the range of Mount Carmel revealed more than 600.000 years of human activity in this region. In the early bliblical history, Mount Carmel was already known as an ancient place of religious ceremonies where local people worshipped their tribal gods. Later, the Hebrew people worshipped their God Yahweh. According to the Books of Kings, Mount Carmel is identified with two greatest prophets of Israel, Elijah and Elisha. There was an altar dedicated to Yahweh, which had fallen into ruin by the time of Ahab, but was rebuilt by Elijah. 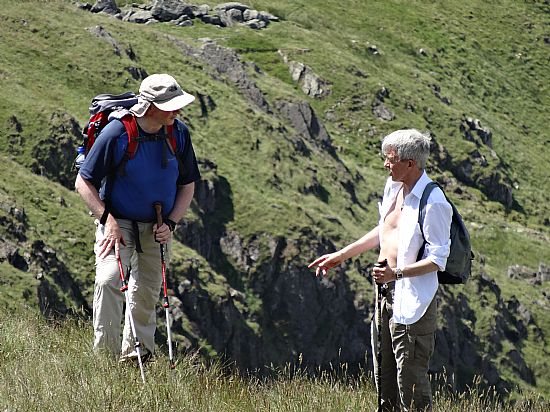 Many generations of people living in this area of Mount Carmel, and later also in Israel and the whole world, believe that Mount Carmel is a sacred mountain. In the time of the Old Testament, it was even believed that Mount Carmel was the most holy mountain of God among all other mountains. Prophet Elijah is commonly venerated in the Jewish and Christian traditions as the person who challenged 450 pagan prophets of Baal. He wanted to show whose god was more powerful. 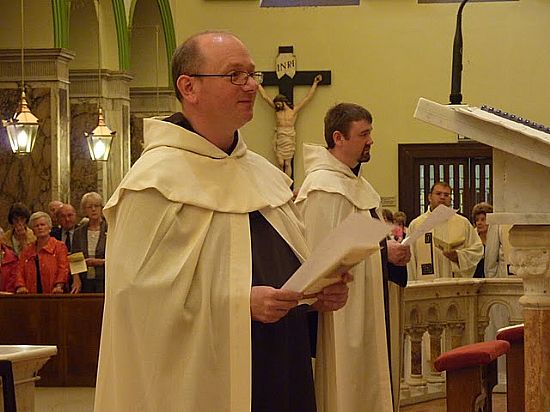 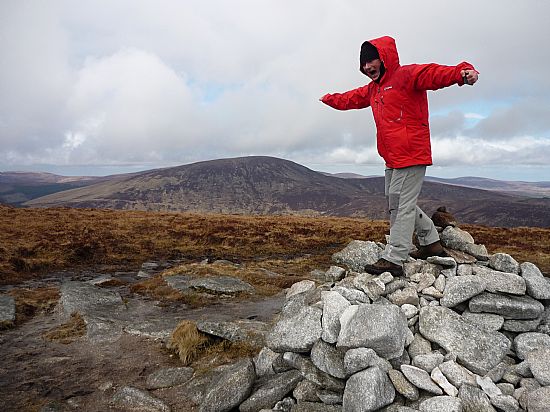 The Calced Carmelites have only its male branch (friars) while the Discalced Carmelites have both male and female (nuns) communities. There are also Carmelites (Calced and Discalced) who are lay people (Secular or Third Order) but do not have the same rights and responsibilities as friars and nuns (religious Carmelites). The members of the two orders share the same official name as the Brothers of Our Lady of Mount Carmel and are spiritual successors of the first Carmelite Order born in the Holy Land at the end of the twelfth century. They derived their name from Mount Carmel, the massive mountain range on which they lived. 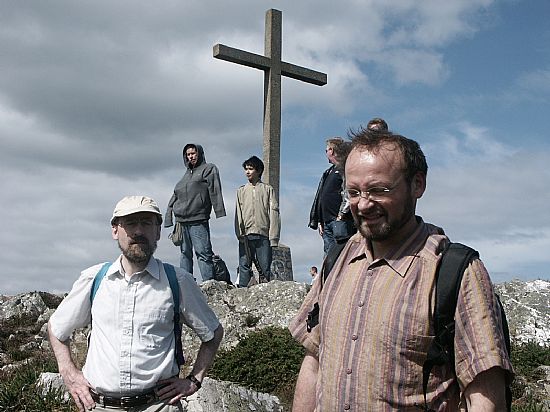 Before oficial recognition as a religious order, the first hermits who prayed on Mount Carmel came to live there in the late 12th century. They were probably tired of the spiritual, religious, political and military situation in their world. They were probably from different  nations of Western christianity and the idea of holy wars did not meet their understanding of God. They wanted to escape the reality in order to find the living and loving God of Jesus Christ in the stillness of Mount Carmel. They could not, however, escape the reality as they were allowed to enjoy the peace of the mountain as long as they were protected by the Latin Kingdom of Jerusalem formed by the western crusaders. Soon, when the Christian fighters lost this land to the new Muslim owners, the first Carmelites started to leave in 1230 the peaceful slops of Mount Carmel for Europe. 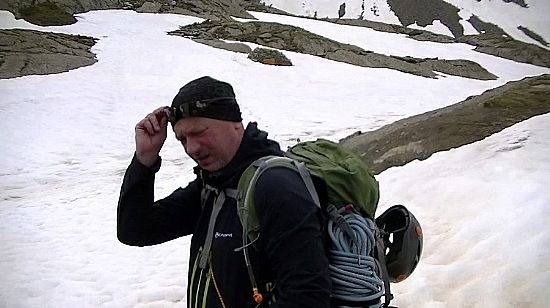 The first Carmelites lived on Mount Carmel for about hundred years. They settled near a spring called "the fountain of Elijah" at the entrance to the wadi "ain es-Siah", which ran about a thousand metres east and west being open to the Mediterranean Sea. At the beginning of the 13th century, the bishop of the Latin territory in the Holy Land, Jacques de Vitry, wrote about the existence of the first hermits of Mount Carmel. He noticed that they lived solitary life in small cells by the spring. In the document of 1281, there is a note that people of both Old and New Testaments lived solitary life on Mout Carmel where they prayed and contemplated in the spirit of Elijah. In the same time the Carmelites received their rule from St. Albert, the Latin patriarch of Jerusalem, who took them under his protection and presented to Pope Innocent III. 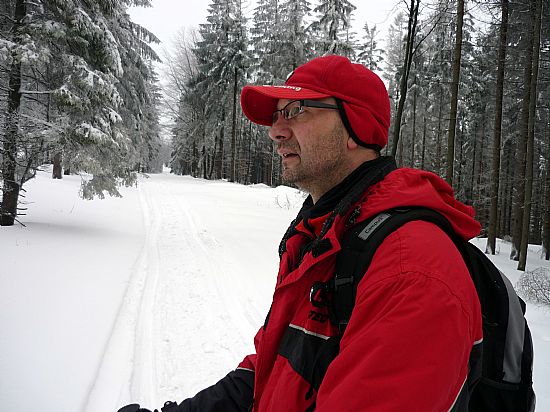 The core of Carmelite spirituality is a journey of the heart. Fr. James McCaffrey, OCD in his book "The Carmelite Charism" says that it is "like the exodus experience of God's people and their meeting with Yahweh in the wilderness". And then he adds that "The Carmelite is called to search in every dark and hidden crevice of the human heart for those lurking demons of Israel's desert experience". In the Carmelite tradition the desert experience has often taken place in the mountains, which is deeply rooted in the Bible. It often says that the mountain is as a place of prayer, the place of our encounter with God. Mouses, the leader of the chosen people, met God on Mount Horeb where God revealed to him His name: "I am He who is". The great prophet Elijah gave us the example how to fight and challenge our gods when he challenged the prophets of false god on Mount Carmel. Some of the greatest events in Jesus' life also took place on different mountains. He also used to go to the mountains to pray.