Finding Significance in the Every Day 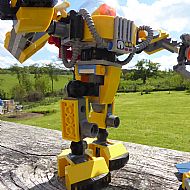 Having the energy to wash some dishes after not being able to face the pile is something to be celebrated or pressing the bell and waiting long enough for it to be opened and then stating your needs to a stranger is hard.

Standing in the playground alone, not knowing which child in the sea of faces you can turn to- and not running, that is courage.

Telling the doctor your symptoms and feeling panic rising as you listen for the diagnosis, dreading it being the one you don’t want to hear.

Sending condolences (whatever they are) to the one left behind when you just want to focus on your own selfish loss of a dear old friend.

Sinking into the large chair trying not to freak as a young dentist seems to have both hands up to his wrist in your mouth and is operating a tiny drill that could so easily slip. That is trust.

Convincing a child that he is clever enough to be in year three as he again panics at the prospect of spending another year in days not understanding, knowing or hearing the endless babble of instructions, commands and accusations of being told he can do it, he is not trying and he won’t go out at playtime if he doesn’t. That is a life’s work.

Texting a message of hope and recognition to a friend who has been given a lifeline to turn around his lifelong dependences.  Expressing being there for him, showing care and love and just hoping.

Sending a quick ecard to someone with a big birthday who has struggled and will struggle with life- using a butterfly theme about happiness. Risky but it worked.

This week is no different in finding reflecting on incidents of vulnerability and staying with it, supporting others with theirs and finding opportunities to tune in, sit with and hold them while remembering to nurture myself (the tricky bit).