for the British  Monarchy 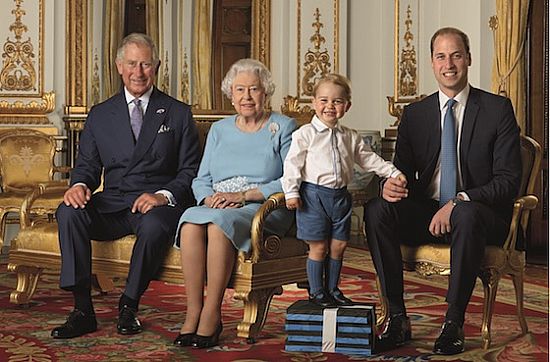 Prince George features on a Royal Mail postage stamp for the first time as part of 10 special stamps released to celebrate the Queen's 90th birthday.

When updating this website the 'powers that be' have replaced some of the individual websites of the members of Royal Family with a common one called THE HOME OF THE ROYAL FAMILY this is beyond the control of the administrators and is very much regretted as the deleted websites were well presented.  To compensate for this we have added ones from Wikipedia.   Also to make up for the deletions we have added more items on the menu in an attempt to give a more balanced view of the Monarchy.

The menu includes  the principle members of the British Royal Family --  Queen Elizabeth II, her children and those of the
Prince of Wales 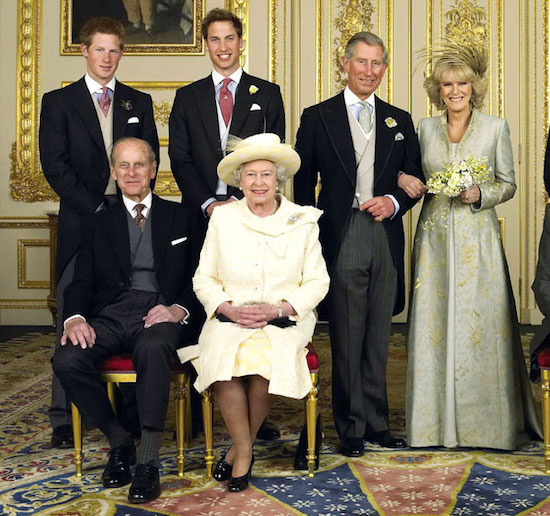 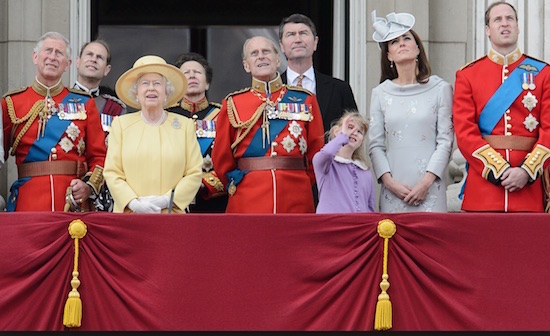 The Royal family looking at the RAF fly past Buckingham Palace

Disclaimer
The administrators of this website are not responsible for the advertisements that are put on by the hosting service and do not endorse them in any way whatsoever.
No responsibility is accepted for any errors, omissions or the content of any third party website linked with this one.
Format and design are copyright and all rights are reserved - Updated April 2016.