The Northern Pensioners Association was founded about 30 years ago when the pensioners movement was established by former Trade Union leader Jack Jones.

In 2013 we changed our name to South Cheshire Pensioners Association to reflect the changes in local government and the NHS and to  reflect our growing number of members from outside the immediate Crewe town area,

Our aim is to promote and protect the welfare and interests of older people in South Cheshire.

We have a written constitution and the Association is run by an executive committee elected annually at our A.G.M which is held in November.

We are a strictly non-party political organisation although we do engage with MP’s and local councillors.

Our key activity is the monthly members meeting held in Crewe Lifestyle Centre. Here we have a guest speaker on matters of importance to older people. We will also have reports by those on the committee who have attended meetings, forums etc.

Many organisations recognise us as an excellent communication channel and send us information about their activities as well as seeking our views.

The largest pensioners organisation in the country is The National Pensioners Convention. Based in London they are organised on a regional basis and we are affiliated to the North West Regional Pensioners Association.. We send two delegates to their regular monthly meetings where we make common cause with other similar associations from around the north west.

The NPC is a small organisation run by pensioners for pensioners. The NPC monitors legislation, and lobbies on behalf of pensioners producing briefing papers and bulletins to keep us informed.

The NPC organises the annual “Pensioners Parliament” in Blackpool. This is a 3-day event with key note speakers on day one followed by two days of debates and discussions on specific topics.

One of most important social events is Christmas Lunch held in early December. The venue is chosen to be convenient for public transport It is an opportunity to forget the serous stuff and just have a good time. 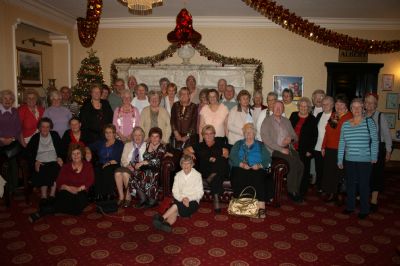 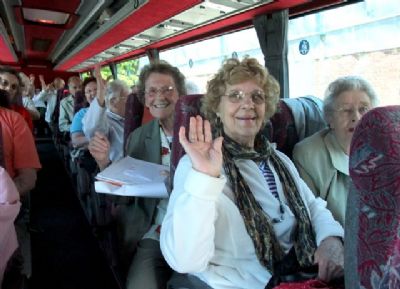 Other outings are arranged   according to demand, for example to the National Memorial Arboretum.