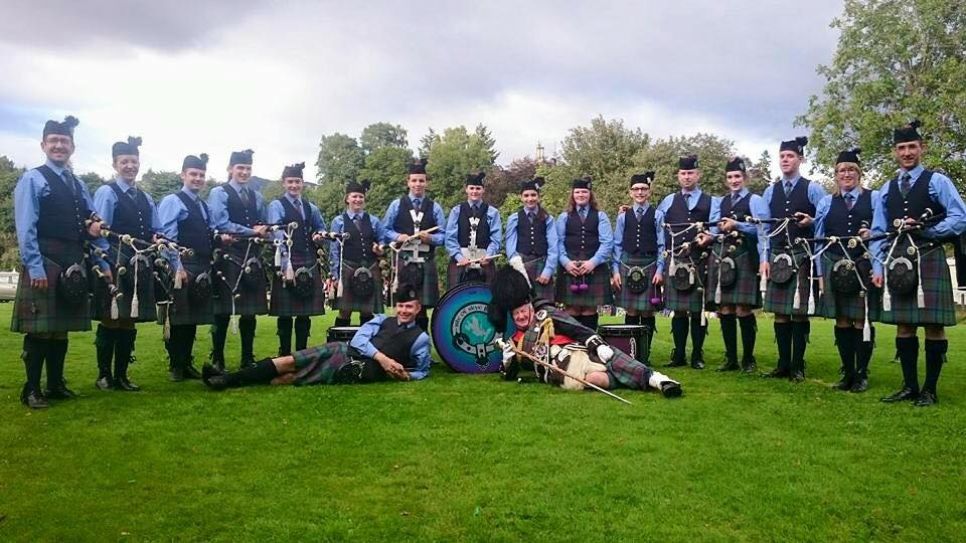 The Band, Its Origins and Uniform

Portree Pipe Band was originally formed in the late 1920's, by a gentleman by the name of Postmaster William Watson.  The band played every Saturday evening, leaving from the Drill Hall down through the village and ending up in the Square. At this point they didn't have a uniform to wear.

When they eventually purchased uniforms in the early 1930's, they wore plaids and kilts of MacDonald of Sleat tartan, unofficially, and teamed this with red tartan socks with buckled shoes.  They wore tunics in dark blue with white piping and for the headwear, they chose to wear Glengarry bonnets donned with black cock feathers and the Clan MacDonald crests. The band was eventually disbanded after the Second World War.

However, it was reformed in 1961 by a piper named Ewan Mackenzie. It was then that it became known as the Isle of Skye Pipe Band as it drafted players in from all over the island.

Although there was a lack of funding, the band managed to source new uniforms.  These consisted of contrasting ex-regimental Cameron of Erracht kilts with red tunics.  These were then teamed with Cameron hosetips, white spats and garter flashes were introduced.  When funds were raised, they were used to purchase four side drums, a tenor drum, Drum Major's white buff gauntlets and a scarlet gold braided sash.  Later items such as ostrich feather bonnets and Ex-regimental Sea forth tartan for the drummers uniform were obtained.

In 1961, the services of Corporal Urquhart, the Regimental Drumming Instructor of the Queen's Own Highlanders, were procured to train the twelve drummers for the new band.  Drumming classes were started in Portree by George Stoddart, the leading drummer.  These were then followed by chanter and bagpipe classes, a lot being given by band members.  The aim of this was not only to get the band going again, but also to re-establish Skye as the home of piping.

The Isle of Skye Pipe Band has been accompanied on occasion over the years by visiting bands: The Queen's Own Highlanders, Tayside Police, Glasgow Skye Association, St. Andrews Band of Rotterdam, the Queen's Gurkha Engineers in 1990, Batavorum Pipe Band and most recently the 42nd Highlanders Regimental Pipes and Drums from Long Beach, California, USA.  Our closest affiliations are with the Uist and Isle of Lewis Pipe Bands, which sees us playing on each other's islands regularly.

However, in 1990, the band made its first trip across the sea to Europe, invited to play at a festival in Germany. The five day tour was based in a town called Gefrees, some twenty miles from the former East/West border.  The band was invited to play at half time during a football match which is reported to have been the first played between an East and West German side following German unity. Trips to France in 1992 and 1993 and to Kilkenny, Ireland in 1996 followed.

Pipers and drummers visiting Skye during the summer months have always been made most welcome to join in on band outings.

Standards have been maintained and awards achieved. In 1994, 1996 and 1997 the then Drum Sergeant Andrew MacPherson won the Army Cadet Forces Senior Drummer Award.  This coveted award then marked him out as the best Army Cadet drummer in the country!!  On the pipers side, piper Alasdair Connor was the only piper invited by the Prince's Trust to perform at the 'Commonwealth in Concert' evening in Edinburgh during the Commonwealth Heads of Government meeting in 1997.  To date many of our young pipers have competed in competitions both locally and nationally, solo and some in previous bands.  They still strive to maintain a high standard of playing to this very day. 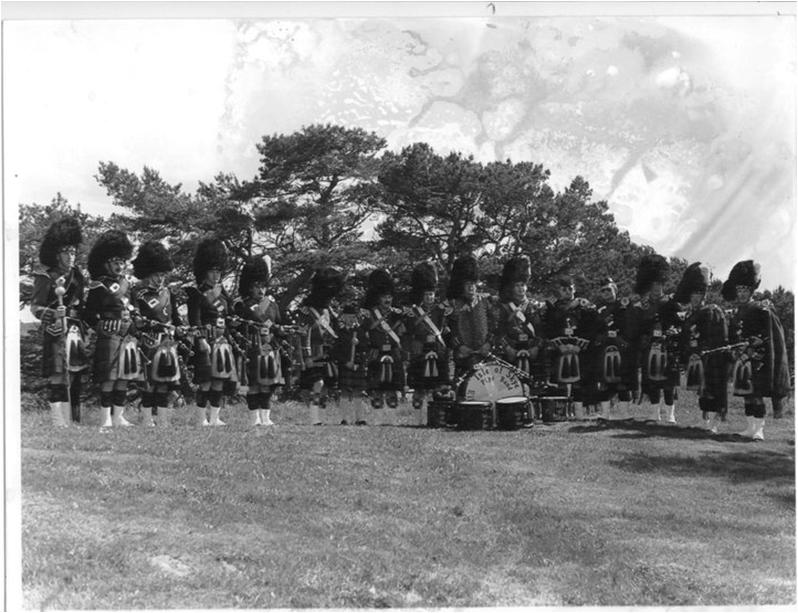 Skye Pipe band in No1's at the Highland games in Portree 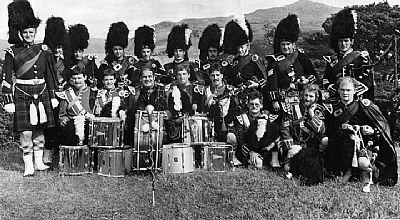 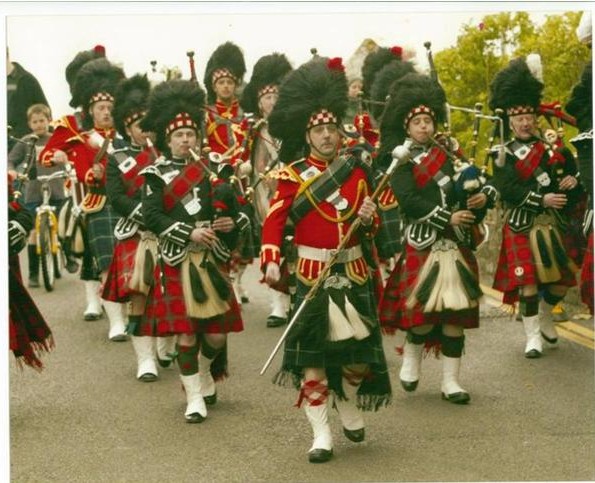 Donnie Matheson leading the band to the Square 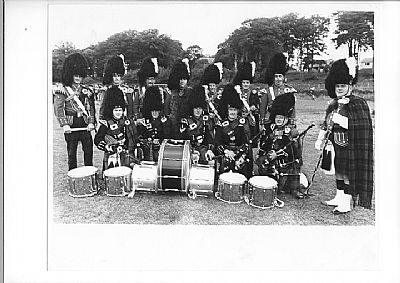 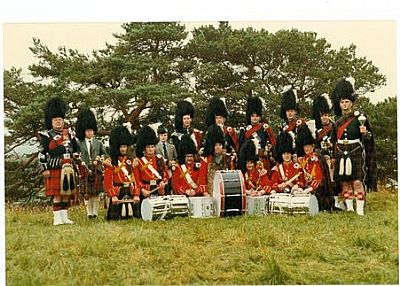 Isle of Skye Pipe band in the early 70's

Sources used to create this history article include "Isle of Skye Pipe Band - Pipes and drums, by the right, quick march" by Margaret M. Mackenzie and local knowledge from current band members.  Many thanks go to all!