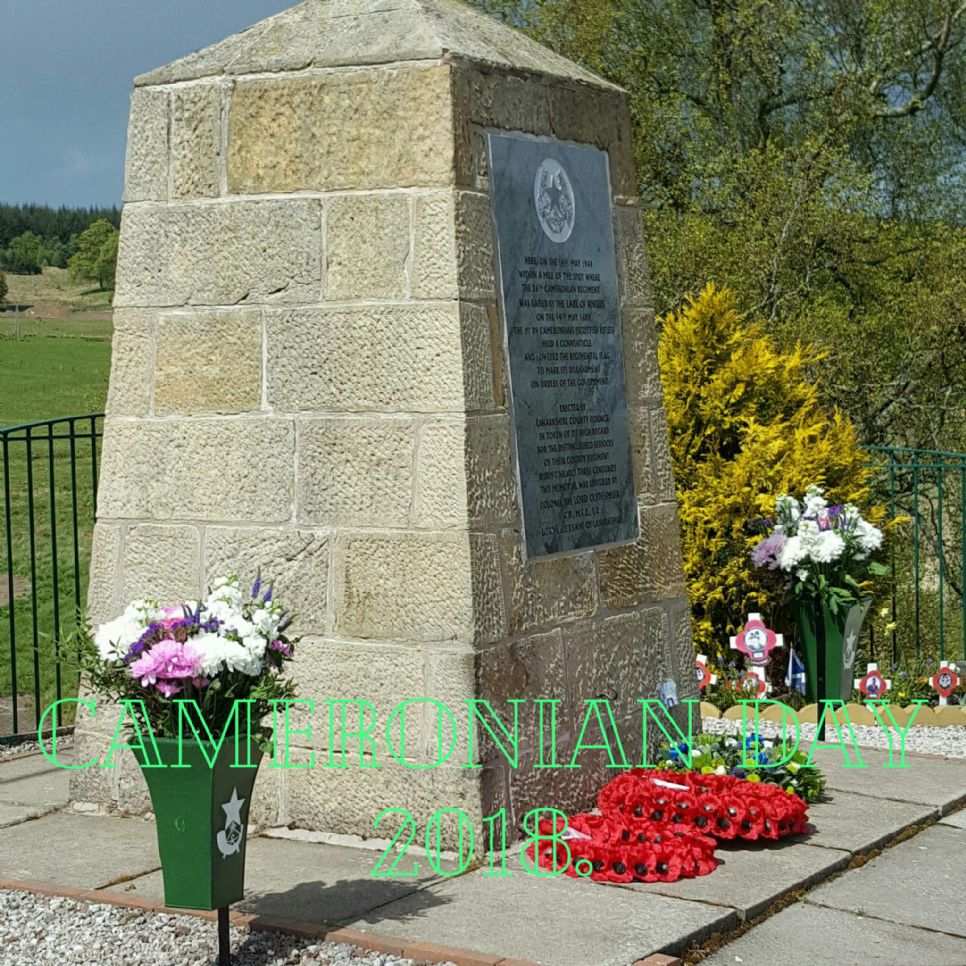 Monday the 14th of May 2018 marked the 50th Anniversary of the Disbandment of The Cameronians (Scottish Rifles).

Cameronian Day was marked on Sunday the 13th of May, as ever the event took place around the village of Douglas South Lanarkshire where the regiment was both raised in 1689 and Disbanded 1968.

Updated News regarding the events of the day will be posted on the site as we confirm and have arrangement in place.

The website will be kept open by The Cameronians (Scottish Rifles) Families Organization to keep the memory of The Proud Regiment Alive.

Many thanks to all those who made the day great and by donating their pictures to us lets those who were unable to be there enjoy the day.

Brief Announcement by Lt Colonel L.P.G Dow (C.O. 1st Btn) to The Commander in Chief in Scotland, that the moment had come for the 1st Battalion to be disbanded.

"Colonel Dow, I must conform to instructions I have received, and with great regret, give you permission to disband."

" … So put pride in your step Cameronians! As you march out of the Army List, you are marching into history, and from your proud place there, no man can remove your name, and no man can snatch a rose from the chaplet of your honour.

Would you approve of how the tree has grown?
I like to think so. You bequeathed your own
Love of a harassed land and honest cause,
Love which without advertisement or pause
Inspired a hundred Clelands less renowned
And warms platoons of Thompson's in the ground
Men who have walked this road and shared this view.

Campbell and Lindsay forged the sword with you.
Lit by your pride they handed on the text,
Each generation shaping up the next.
Lindsay and Campbell finish it today.
Axed lies the tree. Now put the sword away.
No old forgetful age will end our story.
Death cuts our days, but could not stain our glory.

Film show on YouTube of the day from pictures of many contributions, too many to thank individually.

"No old forgetful age will end our story,

Death cuts our days, but could stain our glory."

Any man should be proud to say -

"I served in The Cameronians (Scottish Rifles)"

It is hoped that forces personnel will participate in the parade

The day went well, a big thank you to all those who helped organise the day.

A short film of many pictures from kind donations.