Border activists and Berwick Greens joined the Berwick Trades Union Council to say No to Trump, No to Racism.
Donald Trump has fought the nastiest campaign in history, insulting immigrants, Mexicans and black people and boasting about sexual assaults on women. Trump’s victory is a success for racists in Britain who wrongly blame all our problems on immigrants. Some international leaders, like Angela Merkel, have issued warnings following Trump’s election. British PM Theresa May wants only to be Trump’s best friend.
Activists in the US have called protests for the day of
his inauguration - we stand in solidarity with them
and others around the UK. 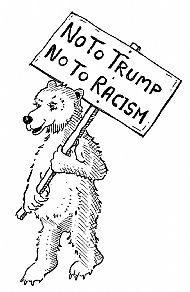 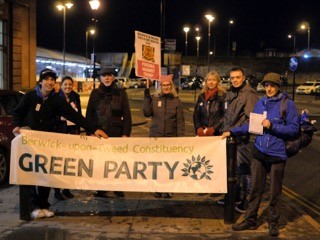