For the latest headlines about the Rosemarkie Caves Project...

Recent isotope analysis of Rosemarkie Man, Blair Atholl Man and skeletal remains from Lundin Links and Burghead provide fascinating insights into the origins of the people who we think of as "Pictish". Kate Britton of the University of Aberdeen presents the results of her scientific analysis and discusses its importance. Talk given to NOSAS in January 2023.

We've had a taste of Hollywood this month with a TV crew filming with us at the caves and other nearby locations. Rosemarkie Man's bones have also been professionally laid out for the production. We can't give too much detail about the programme yet, but be assured we will do before it is broadcast. To whet your appetites here are a few pictures: 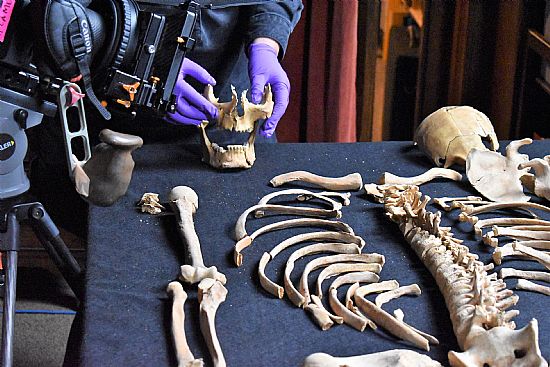 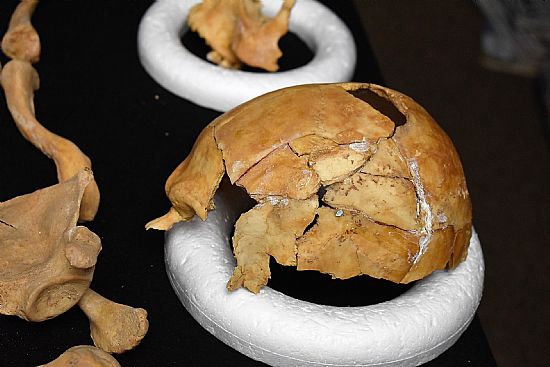 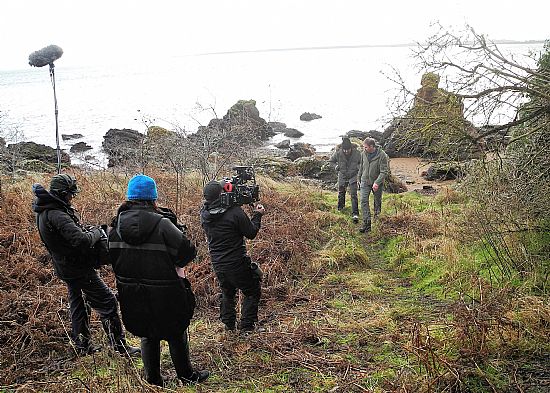 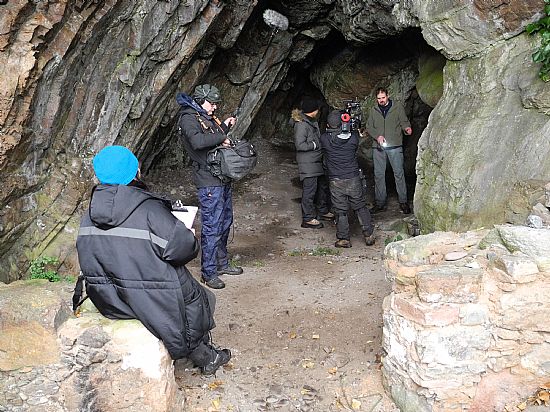 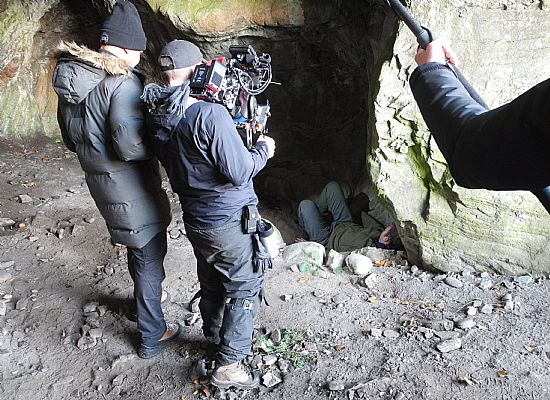 It's been quite a while since we updated you, so here is a brief summary of some of the progress the project has made over the last year or so.

Firstly, we are incredibly grateful to the funders who have generously granted us awards so that we can carry out our post excavation work. Our current sponsors include The Royal Archaeological Institute, The Society of Antiquaries of Scotland, The Highland Council Ward Discretionary Fund, The Cromarty Firth Port Authority and The Cromarty Trust.

Secondly, we have now received a number of specialist reports on our finds from the 2016-2018 excavations. These include metalworking residues, fish bones, leather and environmental analysis. We also have several further radiocarbon dating results. 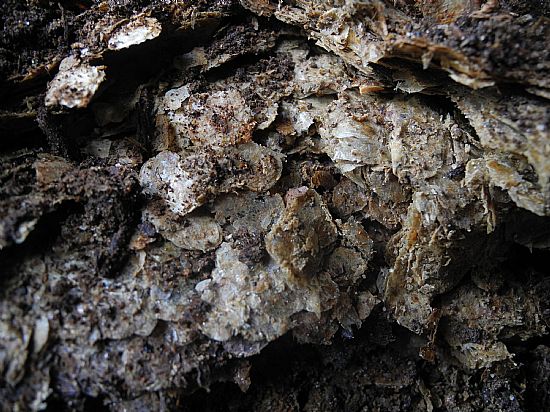 In Steve Birch's summary of our recent excavations, several discussion points were highlighted which we can now begin to provide further information on.

The large amount of post medieval fish scale (above) we found in cave 1B has been positively identified as large herring. As yet we are stilll unclear what kind of process that these scales may represent. 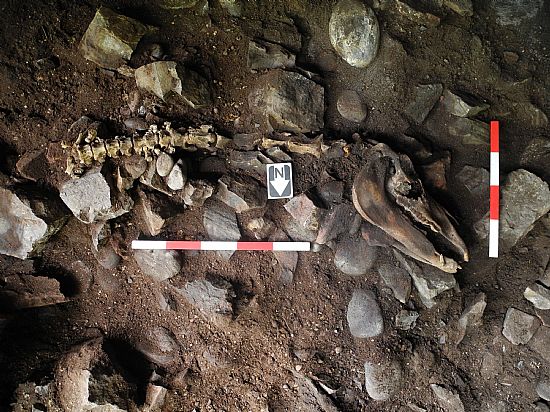 Although the animal bones specialist report is as yet not finalised, we have received a radiocarbon date for the poleaxed horse skull and articulated vertebrae also found in 1B (Dead Horse Cave).

The skull was found near the top of a substantial deposit of shattered stone and beach pebbles which sealed the early medieval layer below. The calibrated date of 1443 - 1624 AD may give a possible indication as to when when this stony deposit was laid, or at least completed.

The evironmental report by Jackaline Robertson (AOC) concludes that "The macroplant and charcoal assemblage recovered from the nine caves at Rosemarkie are typical finds present at most post medieval archaeological sites in Scotland. The people who lived in these caves had access to a variety of plant resources to satisfy their daily needs such as cereal, nuts, fruits, vegetables for food and wood, peat and possibly animal dung for fuel. The ecofacts present within the caves have all derived from domestic activities such as cooking and fuel debris. It is however possible that a number of these hearth deposits especially from cave L2B were also used in metal working as suggested by the artefactual assemblage."

In the charchoal assemblage oak, elm, hazel, cherry, birch and other fruit tree woods were all represented. Although primarily this appears to have been primarily fuel debris, there was found to be some evidence of in situ structural burning of posts, stakes and wattle screens.

The metalworking residue analysis, by Gemma Cruickshanks of NMS, has found that iron smelting, blacksmithing and probable bloom smithing were taking place in caves 1A, 1B and 2B. While Learnie 1B produced predominantly smithing evidence, debris from the other two caves suggests a range of processes were taking place. In all three caves, the major periods of ironworking activity date between the 7th and 10th centuries. However, a scatter of debris in 1B suggests small scale blacksmithing was taking place as early as the 3rd to 5th centuries AD, possibly even a single event. The report concludes that "the presence of early medieval ironworking in caves is previously unknown in Scotland and adds considerably to our understanding of the nature of ironworking in early medieval Scotland". 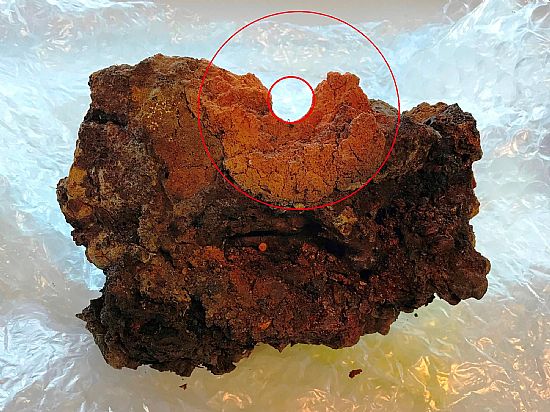 Above: The location of a tuyere ("a nozzle through which air is forced into a smelter, furnace, or forge") is annotated in the above image of an early medieval ironworking hearth base from Smelters Cave (2B)."As hot iron is moved in and out of the hearth in between hammering, particles of slag are dislodged and accumulate to form a small plano-convex mass known as a ‘smithing hearth base’. Two examples were recovered from cave 2B. The latter has some adhering vitrified ceramic from the hearth wall or tuyère".

More information on our post excavation analysis results will be posted soon.