This story is about a coal miner born and brought up in Victorian times who moved into Leadgate around 1872 and lived there till he died in 1949 leaving behind a photographic legacy of around 90 glass negative plates which capture the sights and scenes of local villages when coal was king in the Durham coalfield boom years. He lived through turbulent times two World Wars, The General Strike, The Great Depression and whilst rearing 13 children. He played football for his district and starred in a local football team that performed to spectators several thousand strong. Later he found enough time to educate himself to associate with Durham University professors and leave a photographic legacy.

The only records we have of the early life of William Costello come from the 1871 Census which confirms the family history that a young Billy with his older brother John arrived in Leadgate from Wales after his mother died, travelling with his father, an itinerant stone mason who had to wander across the country looking for work. The 1871 census bear this  out indicating that young William born in South Wales at 9 was lodging with his brother John (11) and father James, a 40 year old mason were in Durham City lodging at 16 South Street Durham ( Current Fighting Cocks PH). 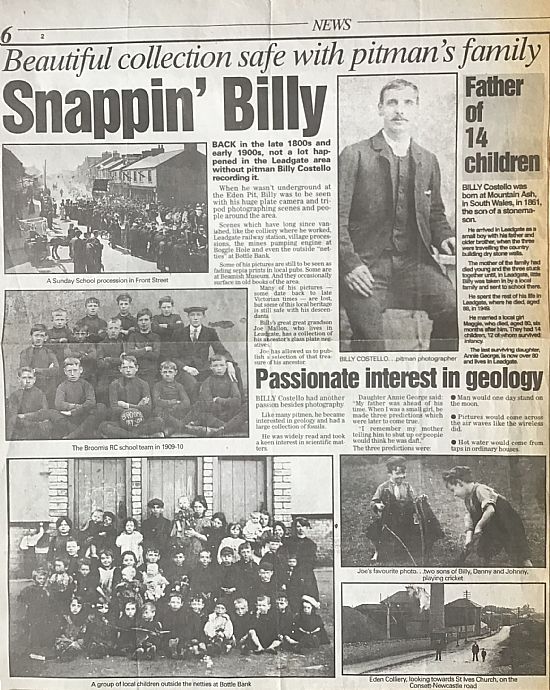 It is understood that shortly after that they made their way to Leadgate and ten years later the 1881 census has William Costello, a 19 year old coal miner lodging at Green Street, Leadgate.The 1891 census has Billy married to a Margaret Bradley with children. Between these census years we know very little of Billy’s early years in Leadgate other than vague memories about him being left with a local family whilst his father went to and fro across the country to find work. He was however a Roman Catholic and there was from 1860 an RC school in Leadgate although his grandchildren have a family tale of him being self taught so any schooling must have been limited and he was perhaps out working by his early teens. 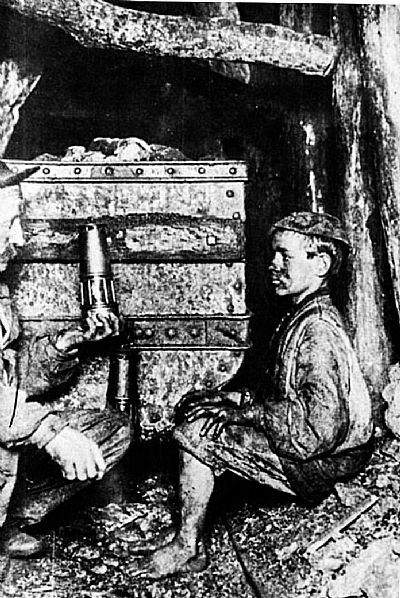 The earliest OS sheet surveyed was published in 1862 the year of Billy’s birth shows the town shaped by industry, criss crossed by rail and wagonways linking Collieries and Ironworks with residential rows or squares intermingled to serve them.

Billy must have arrived in Leadgate about 1872, 10 years after the this sheet was published so the place would not have changed much physically. Newspaper reports it as an unruly wild west type of town with industrial unrest and frequent murders. Also a particularly dangerous place for children with many reports of children’s deaths. Coal seams outcropped near the surface around Leadgate resulting in widespread small scale mining undertaken scarring the surrounding countryside with open pits and drifts that hadn’t been made safe claiming lives even of children at play. It is a mystery how he became adept at photography but the photograph below taken by Billy demonstrates his expertise framing two colleagues with cameras similar to his own, 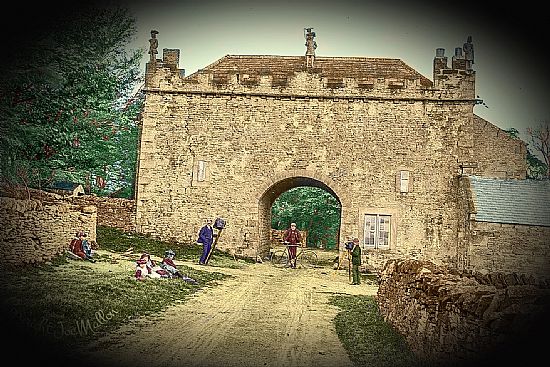