Murder on the Neath & Brecon Railway

During my time working as part of a team in St. Catwg’s churchyard recording memorial inscriptions, the 'Murder Stone'erected over the body of Margaret Williams, was probably the most visited grave in the churchyard.  Some sightseers would often ask where it could be found, whilst others seemed to know where to find it.  As they had come specifically to view the monument most of them had heard or read the stories associated with the inscription.  Standing in front of the memorial before taking their photographs, many of these visitors would ask if the murderer was ever caught.  No one ever asked the awkward question if there were any more murder victims buried in the churchyard.  Sadly, there are more murder victims buried in St. Catwg’s churchyard.  This is an account of one such victim whose grave I suspect gets no visitors.

On the morning of Friday, 24th April 1868, the mail train left Neath at 4.15 am on its routine run to Brecon.  That morning the train was made up of one engine and tender, four goods vans, one third-class carriage, one composite carriage [multi-class compartments in one carriage] and one brake van.  John Dixon was the engine driver with William Brenton the stoker and George New the passenger guard.  The goods vans were loaded and the mail was in the brake van with George New.  There were no passengers on board.

Travelling on the mainline the stoker, Brenton, was standing on the sand box sanding the rails when he noticed that the points at March Hywel Colliery sidings were 'turned' into the colliery siding.  Parked in the siding were some colliery coal trucks.  William Brenton alerted John Dixon who immediately put the engine into reverse.  The passenger guard, George New, on hearing the engine going into reverse applied his hand brake.  The train slowed but it was too late to stop it turning into the sidings.  As the train reached the points John Dixon jumped off the foot plate on to the main line.  The train continued over the points towards the coal trucks standing in the siding. With the engine working in back gear, and braking through two locked chock blocks, it collided with the coal trucks throwing William Brenton off the footplate.  When he got to his feet he could see that two of the goods vans had been derailed falling onto their sides; the remainder of the train’s goods vans and carriages were still on the main line.

William Brenton could hear someone groaning so called out “Where are you mate” and made his way towards the cries of agony.  John Dixon was pinned under the first goods van with his leg doubled up to his shoulder; his arms were free of the toppled goods van; he had been dragged about 12 yards under the van.  Meanwhile, George New had left his compartment in the brake van and run forward to the overturned vans.  He and William Brenton tried in vain to free John Dixon and realised that they were not going to free him on their own.  George New set off back down the main line to Neath Station to get help.  John Dixon was eventually freed and transported back to Neath and a doctor summoned to attend to him at the Foresters' Arms in Bridge Street.  Dr. Robert Wrentmore Thomas, a practising surgeon, arrived to find Dixon’s right leg completely smashed from a few inches below the hip joint, and the flesh was lacerated badly. The left leg below the knee was also completely smashed; there were no other injuries except to the legs.  Dixon succumbed to his injuries and died shortly before eight o’clock.

Back at the crash site Mr George Caulfield, an engineer of the Neath and Brecon Railway, was examining the scene.  He arrived about six o’clock and his focus soon became the points which were self-acting to be always in position for main line operation.  When trucks were to be moved from the siding the guard of the train turned the points so as to take them on to the main line.  Caulfield found a stud-pin, used to lock the points as an additional security, had been broken and its locking chain missing; the fact it was broken would not materially affect the operation of the points.  Superintendent Phillips, of the Borough Police, produced a stone he believed had been used to keep the points open; there were no similar stones found on that part of the line.  Caulfield also found a mile-post, about one-eighth of a mile from the crash site, had been taken up and thrown into a field.

The coroner, Howell Cuthbertson, opened the inquest into the death of John Dixon at the Railway Inn, Neath, on the same day as the fatality.  In addition to the obvious witnesses, Benjamin Pitcher, another goods guard on the Neath and Brecon line, was called to give a statement.  He confirmed that he found the stud-pin broken and the locking chain missing on the Wednesday previous, but that the points were in good working order and that the mile post was up.  Pitcher had reported the damage to the platelayer in charge of that section of line [the plate layer was subsequently dismissed for not securing the points].  William Brenton, when questioned, confirmed the engine left the main line and went into the 'six-foot way'[1] followed by the tender which was pulled off the rails by the rest of the train.  He also confirmed that on the evening previous to the collision he had been on the last train to pass the points before the mail train that left Neath.  Caulfield deposed “Some person must have meddled with the points, or the engine would not have left the main line.”   The last witness called was Superintendent Phillips who was of the opinion that one man could not have done the mischief as the points would not remain open unless held.  The Coroner having summed up the evidence drew the attention of the jury to the principal facts as stated by the witnesses.  A verdict of 'Wilful murder against some person or persons unknown' was returned by the jury.[2] 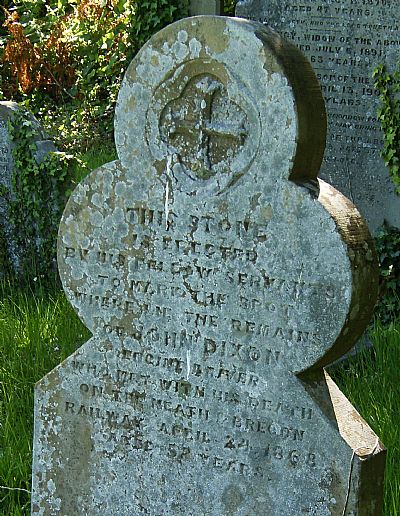 [1] 'six-foot way' - the distance between the siding and the main line.