THE LIFE & TIMES OF A WOLLATON MAN

A few copies are still available.

Written entirely by Ron Cruxon, aged 99, who has lived all his life in Wollaton. 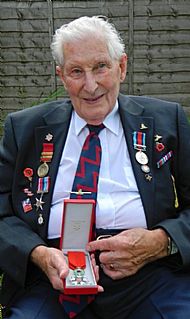 Ron wrote this remarkable 28 page book in longhand during Lockdown, detailing his life in Wollaton in the 1920s and 1930s, his Wartime experiences and subsequent return to Wollaton.

In his review in LINK magazine, Malcolm Stacey writes:

"Ron Cruxon has spent the whole of his life, apart from war service, within a few hundred yards of his present home in Wollaton. Since he is 98, it is hard to visualise anyone better qualified to write about The life and times of a Wollaton man. He also retains an outstanding memory of far distant and more recent matters, a lively interest in a wide range of topics and a flowing style that compels the reader to carry on reading the next paragraph - and the next. Almost every section contains snippets of insight and information that either confirm one's assumptions about Wollaton life in the past century or captures one's attention by the contrast between then and now.

Part of the book's appeal is the way in which the most trivial, but enlightening of anecdotes nestle next to firm facts about individual inhabitants and the ways in which the area has developed and changed over time. The text is well worth the cover cost of £5.00, but there is a bonus of equal value in the 63 illustrations and maps which most readers will find illuminating, not least the very revealing and well annotated 1922 map on the inside cover.

Within days of publication at the end of July a reprint had to be ordered. A lot of effort has gone into the production and the author, Wollaton Historical and Conservation Society, designer and printer deserve praise. You can buy your copy via the website Feedback page, at the Admiral Rodney, Wollaton Travel and Right Move in Bramcote Lane, tand Wollaton Hall. Ron has agreed that the proceeds should go to the WHaCS Walled Garden Appeal".

In another review, Dave Gilbert writes:

“Ron’s memories provide enough fascinating content to interest every single resident of Wollaton and probably many more elsewhere. His recollections of family life, events and names are truly remarkable and together they provide a fascinating insight into the recent history of Wollaton in the past 100 years. The finished product is an impressive and professionally-produced booklet containing many illustrations, both of Wollaton past and of family life, which will rekindle our own personal memories.”

Following a formal launch on 22nd July, copies can be purchased for £5.00 + p&p via the Feedback page, or locally in Wollaton from:

All these outlets are selling the books for us, so all the proceeds will, with Ron’s kind agreement, go to the Walled Garden Cucumber House Appeal.