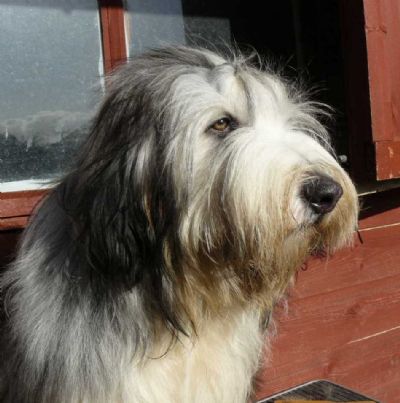 Delighted to say we have a new and very promising trainee sheepdog.  Murphy was returned to his breeder Liz (Talraz Beardies) a few weeks ago from a pet home which wasn't working out, and as part of his assessment he received an informal aptitude test at The Glebe. 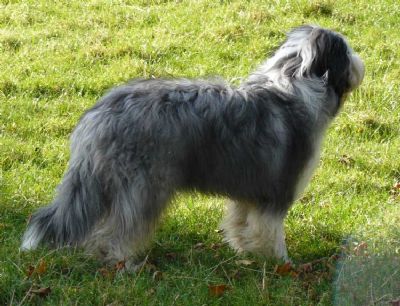 Jackie was so impressed with him that he is now signed up as a pupil.  At just seven months Murphy - now re-named Mirk as part of his fresh start in life - is still very immature mentally and physically, and finds his sessions very tiring, but while he is in the paddock he puts everything into the job, and his eyes never leave the sheep.

He is a full brother to Diva, but three years younger. 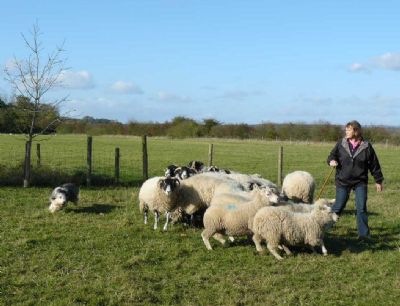