Want to know what flies are working best here at Fisherwick Trout Lake?

Have you ever wanted to tie your own flies but were unsure about what materials and equipment you need? Or how to tie the best patterns?

Fisherwick member, Al Stewart, shares his thoughts on flies and the tying thereof, and anything else that comes to mind in the noble pursuit of fly fishing.

Following on from my post about copper coloured flies working at Fisherwick, I spent a good few hours yesterday (16 December) trying out a different colour: white.

When I arrived, I met Dave who had just caught his bag and I asked him what he had used. He caught all his fish on a black & white Montana. Black body and tail with a white hackle and thorax.

I checked my boxes, but although I have tied Montanas in various colours (including a coppery one, of course) I did not have a black and white one. I did, however, have a white one with a red thorax. I'll have to use that I decided.

After a cuppa and a catch up with Pete and Bob and the purchase of a new net (I needed a new one with a longer handle: these banks can be a bit treacherous!) I ventured out to the lake.

I started out at Raven on the north bank and set up with my white Montana and a Gold Bead-head Nymph (below) on the dropper. Within five minutes I had my first fish on the Montana. Two pounds on the button. Over the next three-quarters of an hour I had a few takes but kept losing them. Then I got my second and this one was at least two and a half pounds. These fish are in excellent condition and although the second fish put up a good fight and took a good five minutes to land, it was off like a shot when released. 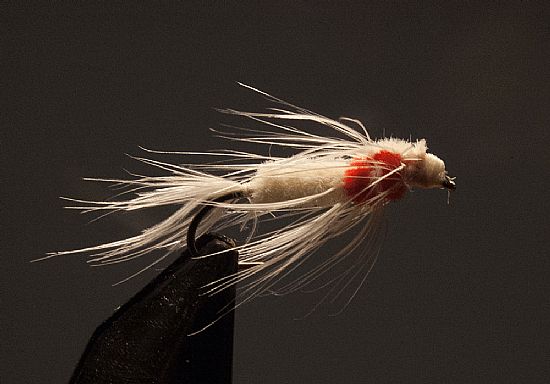 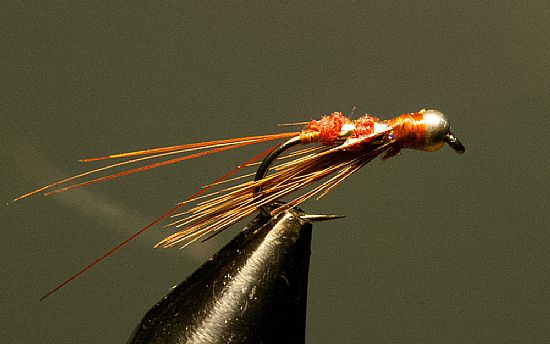 I moved round to Mallard to try my luck there. I had a few bites, but the breeze had picked up and was straight in my face so I went back around the bank to try Warbler. It wasn't long before I was into another fish. As I brought it in I was quite surprised to see it had taken the buzzer! I only had it on to help sink the Montana! Another good sized fish and again, off like a shot when released

I had a few more nibbles before I got a wind knot. Having cut off the flies and and untangled the line I decided to go back to my faithful Copper Clouser. Three casts and I hooked again! And another two pound plus fish! But I know if I had stuck with the Montana, I would still have been successful! 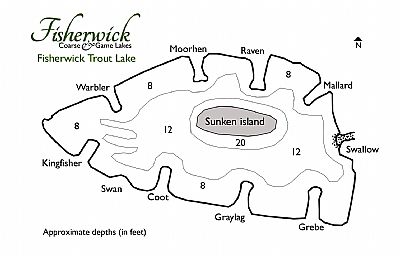 So is white the colour to use this Christmas? It certainly worked for me! Usually when fishing for a couple of hours I have used up just about every fly in the box, but that Montana certainly stayed the distance! So if you're not reeling them in with your regular favourites: try something White!

Can I also please reiterate the Fishery Rule here that you must kill your bag limit before catch and release.