What is Natural Inclusionality?

Natural inclusionality is a fully comprehensive, phenomenological mode of philosophical enquiry, explication and relationship between self and neighbourhood based on awareness of natural inclusion

Or, in more simple and personal terms - natural inclusionality is "the heartfelt awareness of space as being receptive to the energy flows that inform matter" (Kristi Strazzullo)

No sooner have we become aware of natural inclusion as the evolutionary process through which all material form comes into being and diversifies as a co-creation of space and energy in receptive responsive relationship, then we can begin to develop the new natural philosophy that I call ‘Natural Inclusionality’. This is a FULLY COMPREHENSIVE, phenomenological mode of philosophical enquiry, explication and relationship between self and neighbourhood based on awareness of natural inclusion

Notice here the distinction I am making between Natural Inclusionality as a 'methodology' or 'philosophical approach' and 'natural inclusion' as the fundamental natural process upon which this methodology is based.

By FULLY COMPREHENSIVE, I am indicating a surpassing of PARTIAL or BIASED philosophical approaches that FAVOUR ONE VIEW OF REALITY OR ANOTHER INSTEAD OF COMBINING THEM. This partiality can lead to IGNORANCE and DEPRECATION of one view or another at the expense of APPRECIATING AND LEARNING FROM THE OTHER.

Unhappily, such ignorance and mutual deprecation is all-too-evident in THE BATTLE OF IDEOLOGIES that characterizes so much of modern human culture. Those engaged in this battle have, through cultural reinforcement, mentally and/or emotionally EXCOMMUNICATED themselves from the reality of the natural world and cosmos as these actually are. In so doing, they diminish their own and others' human understanding and flourishing. They will be prone to view natural inclusionality as an opponent, not a source of reconciliation and complementarity between their views and others within a polarized culture.

Now for the CRUCIAL POINT!!!

Over the millennia, ideological battles have commonly resulted from perceptions of reality that are either exclusively ‘subjective’ or ‘objective’, depending on whether the standpoint is within or outside what is being perceived.

By orienting both inwardly and outwardly towards and from a central point of dynamically embodied space, natural inclusionality brings both inner depth and outer breadth fluidly together in a fully comprehensive philosophy that truly appreciates the mutually inclusive, receptive-responsive relationship between space and energy in all material form

I symbolized this some years ago in this painting - ‘How Compassion Fruits’. 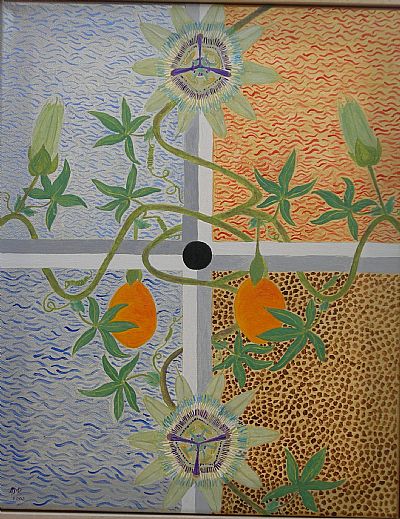 Suddenly, with this kind of imagery, we can see the three dimensions of length, breadth and thickness in a NEW LIGHT, not as a rigid box imposed on space and time, but as a set of intangible receptive alignments - an axis and equatorial plane that calls responsive energy into dynamic circulatory formation around a receptive central point of space.

The following drawing by Roy Reynolds and my own painting, ‘Swallow Hole’ illustrate this natural flow-geometry:- 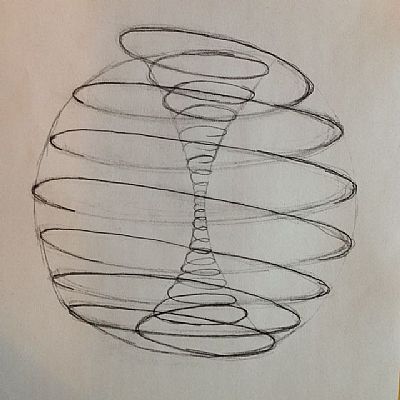 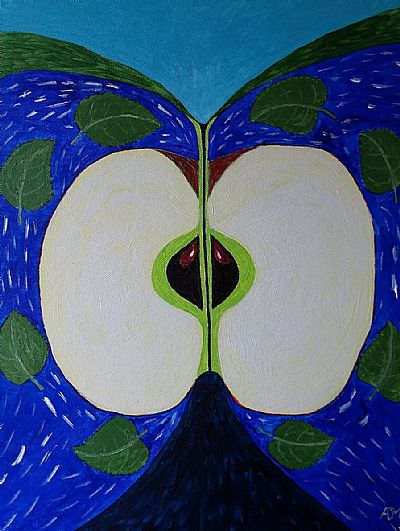 Suddenly too, all kinds of natural phenomena begin, quite literally, to fall into place and make natural sense!

That’s quite a ‘giant leap’ for humankind, is it not?