Arthur Sankey Reid and his wife visited Eigg three times between 1898 and 1901. A keen geologist and photogtapher, A. S. Reid was Master of Science at Glenalmond school, a prestigious public school on Perthshire which named one of its buildings after Sankey.

Together with the geology of Eigg, Reiid recorded his visit in an album specially made to present the pictures taken as a visual journey. This album together with two others were auctioned in 2021. The successful bidder was the National Library of Scotland, and learning of our interest in early pictures of Eigg, NLS has kindly provided us with a copy of the Reid album, a selection of which we are reproducing here with the NLS kind permission. (The original albums can be accessed through the NLS's Special Collections in Edinburgh) 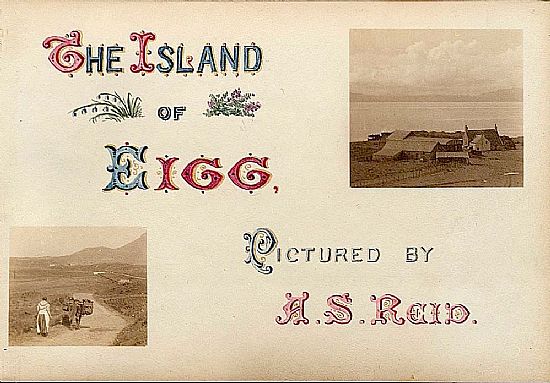 Like many of his contemporaries, Reid liked to capture the picturesque in a scenery, hence his pictures of  Miller's Cottage at Kildonnan and the Lageorna croft in Cleadale. The island main farm pictured here is Kildonnan, where the Reids probably stayed, together with the island's prized Highland bull! 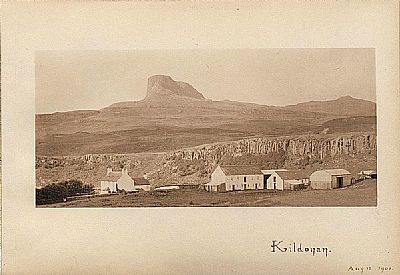 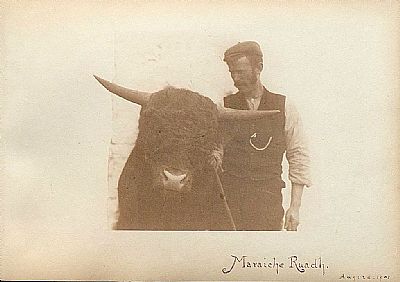 The estate activities are documented: here the focus is on sheep, from gathering to sending them to the sale. Note the way the estate workers corral the sheep to load them onto boats. 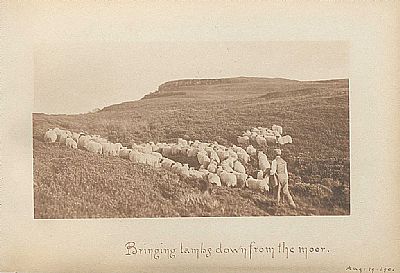 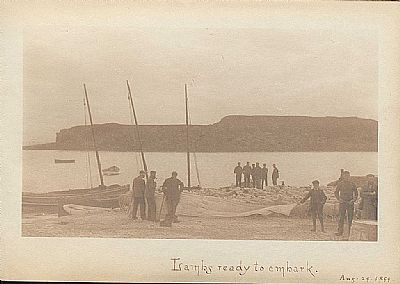 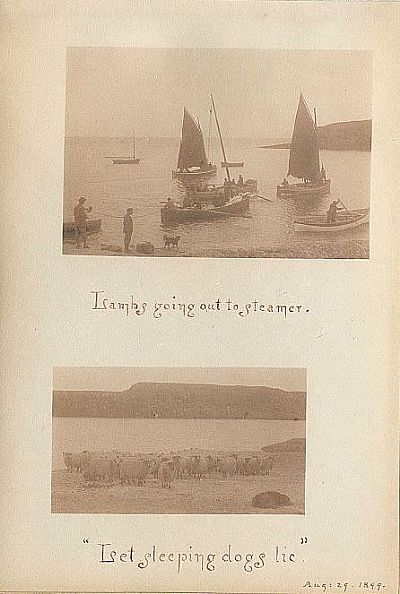 Islanders are also caught in their daily activities: here schoolgirls are captured bringing the peat home from the hills, a job they had to do this after school, hence them wearing their school apron. The woman pictured below is also wearing the traditional handwoven stripy apron of married women. Taking peat home was constant chore in the summer months to ensure a good supply of winter peat. A peat stack is shown on the right in the picture of the Cleadale croft. 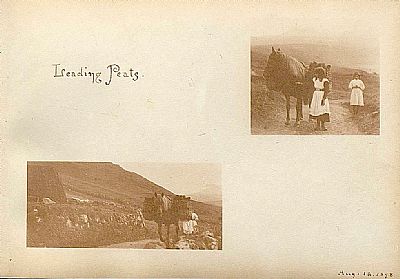 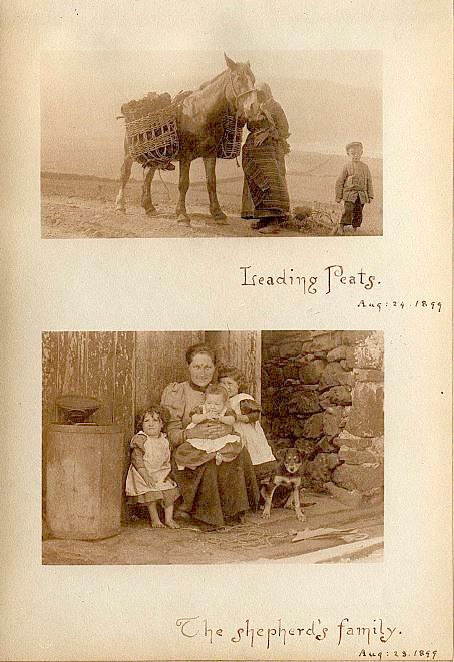 This lovely family portrait also appears in our Fergusson family collection: photographers like Reid seemed to have a made a point of sendign copies of the portrait taken to the families which they photographed.

These pictures are of interest as they showed that this fragment of the Pictish stone had been found during the ownership of R.L Thomson. It will be mounted as a cross slab under the Runciman family ownership, and the Early Christian cross will be mounted on a ciment pedestal and given a cross head by the RCHAMS in the 1920's. As to the Protestant graveyard, it sports a still intact funeral headstone for Rvd MacAskill's grave!

The final picture in the collection is of Arthur and his wife engaging in spout fishing, an activity which they would have witnessed happening at the low spring tides at Galsmisdale bay. They obviously thought it would make a picturesque scene to have a  go themselves, but one wonders if they ate their catch? 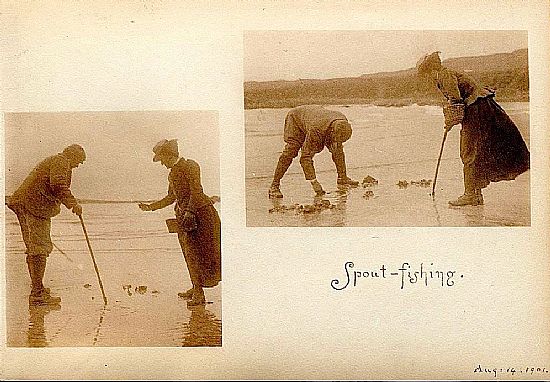 Read more about the Reid Collection in the article by Susanna Wade-Martins in our 2021 newsletter!