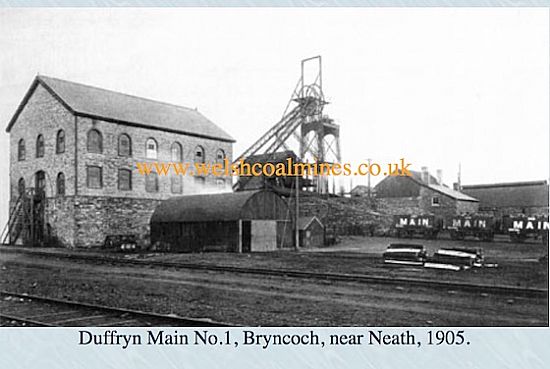 'A Window on the Past: Bryncoch's Coal Mining Heritage' by Jeff Griffiths

How many of today's Bryncoch’s residents know that they’re living in a former coal mining community? This thought occurred to me when looking through St Matthew's church’s registers. Bryncoch’s reliance on coal mining is overwhelmingly evident from the job titles that appear in the old baptism registers. A large number of the early entries describe the fathers as being, variously, collier, miner, coal tipper, haulier, colliery ostler (caring for the pit pones), shunter, fitter, tram repairer, and mechanical or electrical engineer, all of these being roles in the local coal mining industry.

The village’s principal employer at the start of the last century was the Main Colliery Company which mined 8 million tons of coal between 1897 and 1918.  The Company, formed by the Moore family, had amalgamated a number of smaller pits in the area including those at Neath Abbey and Skewen. Three of the Company’s pits were at Bryncoch where they mined the Graigola and Victoria seams. At the height of its working over 500 men were employed by the Company in Bryncoch. But the state of the national economy in the 1920s, and especially of an ailing coal industry, would be all too starkly reflected locally. In 1924 the Main Colliery Company’s work force went on strike. While mining resumed in 1926, overseas markets had been lost and the Company closed in December 1928, owing considerable debts when formally wound up. St. Matthew’s Easter vestry minutes in 1930 recorded that the pit-head machinery was being dismantled. Most evidence of mining has now all but gone at the Main Colliery’s site which was near the Bryncoch Sports Club.  This closure brought an end to industrial-scale coal mining in the Bryncoch area which had first been recorded in 1772. 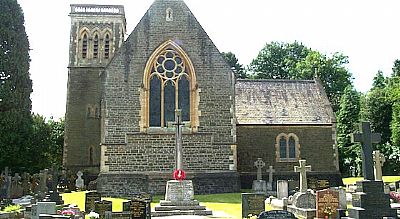 The column in church register where the names of the fathers of the baptised were entered is headed ‘Quality, Trade or Profession’. The first of these descriptions applied to those few who are simply described as ‘Gentlemen’ and principal amongst these locally were the Moore-Gwyns. Joseph Edward Moore, the eldest son of Mrs. Howel Gwyn’s brother, had succeeded to the Dyffryn estate in 1900 and, in compliance with Howel Gwyn’s will, had assumed the additional name of Gwyn by Royal Licence.  The financial fortunes of the family whose ancestor, Howel Gwyn, had founded St. Matthew’s Church were intimately bound up with Bryncoch’s coal mining industry. The Church’s benefactor had married into the Moore family and the Squires of Dyffryn received royalties for the coal mined on the estate, an income that dwindled then ceased altogether in the 1920s. 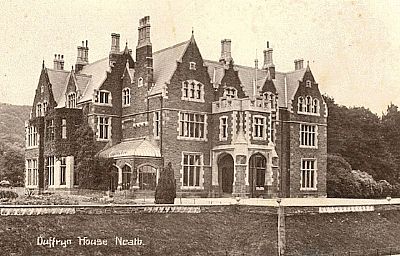 By 1927 Dyffryn mansion, which had already been vacated for a few years, and its estate was offered for sale. Plans to transform the mansion into a hospital or similar institution failed to materialise and the estate was divided into lots and sold. The fixtures of Dyffryn mansion, which had contained splendid furniture, fine paintings, choice pieces of Swansea china and a large library, were disposed of in 1931. The organ from the mansion was given to Abercrave Church and the sculpted busts of Mr. and Mrs. Howel Gwyn came to St. Matthew’s Church. By 1932, the family’s residence that had stood prominently on the lower slopes of Drummau mountain since 1855 had been demolished, some of the stone being employed to build houses in the locality. The Moore-Gwyn family continued to reside for some years at Longford Court before later moving to Hampshire.

The disappearance of the Squires of Dyffryn was part of a massive social change in Britain that happened between the two World Wars. When I wrote the centenary history of St. Matthew’s in 1971 there were many villagers who still remembered life under the old established order in which the gentry dispensed patronage and expected to receive deference (one villager recalled as a boy being summoned before the village school’s headmaster for not doffing his cap when a member of the Moore-Gwyns passed by). With the closure within a few short years of both the Main Colliery Company and of Dyffryn mansion, with the range of employment opportunities that it too had provided (a photo taken around 1900 showed sixteen house servants), Bryncoch, then so much smaller a village than today, experienced a severe economic blow.

Many in the village went to fight for their country in the two World Wars. The parish magazine recorded the profound impact of the First World War upon this community: fifteen men died and others bore the scars of battle on their return. The heroism of those who fought in the First World War can be judged from the five Military Medals and a Distinguished Conduct Medal awarded to the enlisted men of the village. Captain (later Colonel) Howel Moore-Gwyn, son of the Squire, was a highly decorated soldier who received the Distinguished Service Order, the Military Cross, and the Croix de Guerre in his army career. In 1919, Norman Harvey, who won the Victoria Cross for outstanding acts of bravery when just 19 years-old, married a villager who was serving in the Women's Army Auxiliary Corps.

Someone is described as an ‘oil refiner’ in 1921, the same year that the National Oil Refinery at Llandarcy was commissioned. This new, modern industry would become a major employer in the area, proving a successor to that older fuel source, coal. The baptismal register also shows that there were those with ties to the village who played a part in the wider British Empire: two fathers, who were both recorded as being mining engineers, had addresses in, respectively, Shanghai in China and in Southern Rhodesia (modern Zimbabwe).

Illustrating the changing mode of transport in those times, one of the Dyffryn servants is described as both ‘Coachman and Chauffeur’. The Moore-Gwyns were the first family in the area to own a motorcar after the turn of the century. A newspaper report from 1905 tells how Mrs. Moore-Gwyn and her son, while being chauffeur driven through Margam, escaped unhurt after a bull charged at their car. In November 1912, an eight-year-old girl knocked down in Bryncoch became one of the earliest road fatalities in the district. An entry in 1929 records one father as being an Automobile Association patrolman. The AA, founded in 1905, had been patrolling on motorcycles since 1910. Older readers will recall military-style uniformed AA and RAC patrolmen, riding motorcycles with box sidecars, who would deliver smart salutes as they drove past any badged member of their motoring organisations.

The dangers of child birth in the early part of the last century are reflected by entries which record baptisms held shortly after the mother’s own death: one poignantly records the child as being baptised “over the coffin of her mother”. The high death rate among infants too is graphically reflected in the burial register which shows that, of the 75 recorded interments between 1872 - the year of the first burial at St. Matthew’s - and 1892, nearly half the deaths were of children aged five years or under. In those pre-National Health Service days, local residents would club together to subscribe towards the salary of a nurse to serve the area. In Bryncoch, an annual subscription of two shillings and sixpence (12½ p) enabled families to call on the services of Nurse Vaughan who took up her duties in May 1912. She was succeeded in 1914 by Nurse Lilian Garland who, during her long years of service in the village, tended many hundreds of patients and brought not a few of St. Matthew’s parishioners into the world.