Whether you’re touring the area or living locally, a visit to the Smiddy Museum at Strachur will fire your imagination of days not so long ago when transport relied on horses and the blacksmith’s forge was at the centre of everyday life. 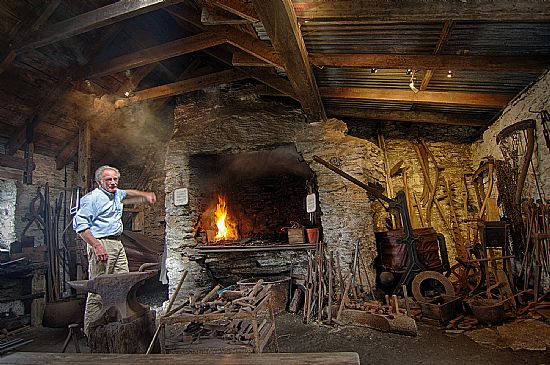 The low-lying pass between Loch Fyne and the Clyde has a long history, with evidence of human occupation dating back to the Stone Age. Strachur (Strath= valley; curr = heron) is an old village with its roots in the ancient history of Dalriada and Strathclyde. It lies on the boundary between the two kingdoms. The village came into its own in the 17th and 18th centuries when the pass between Loch Fyne and the Clyde was a busy route for merchants, packmen, metalworkers, chiefs and their messengers. 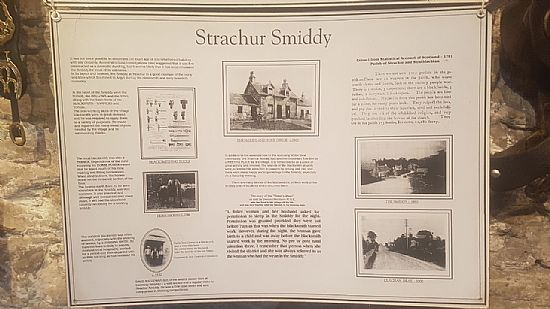 The Old Inn and the Smiddy became central points on the route. The Smiddy probably began as a thatched cottage as there is a thackstane on the chimney. Four generations of Montgomerys managed the Smiddy and provided essential services for the rural community in the form of farm tools and shoes for horses. As cars began to replace horses, the family opened a garage in 1923 and the Smiddy finally closed in the 1950s. The interior of the forge was left untouched for forty years. 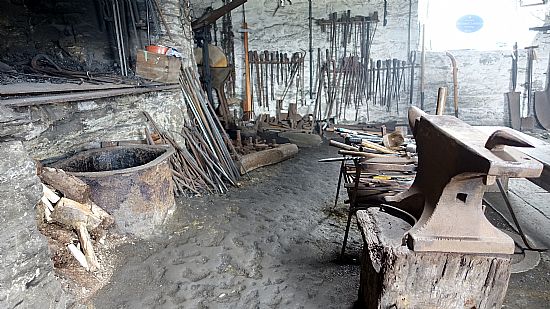 Montgomery descendant, Cathie Montgomery, who still lives in the village, decided to pursue the possibility of turning her family heirloom into a public museum. A committee was formed of hugely enthusiastic people, and with lottery funding, local authority grants, and much local fundraising over 5 years, her vision became a reality in 1997. 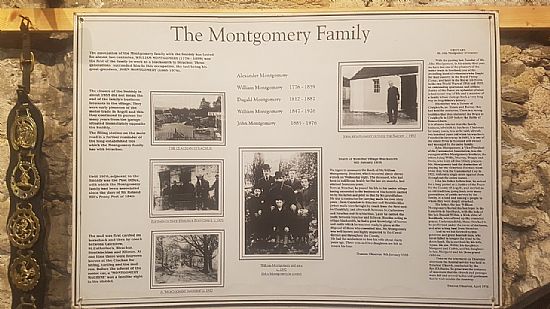 This small museum displays some 80 different tools and implements from a bygone age and has a working forge fire and bellows. It offers a unique insight into Scottish rural life.

Horseshoes are now machine-made. The Smiddy receives old horseshoes from a local farrier which are cleaned in the fire and polished for sale in the shop.

Volunteer blacksmith John William Bain forges ironwork such as ramshead pokers so that visitors can see the forge working as it used to. John's products are for sale in the Smiddy shop. 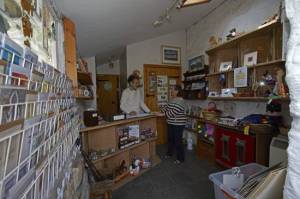