I've separated these from the sf/fantasy page, just so you have a choice whether you open the page. These were mostly published in various small press magazines in the 80s and 90s. 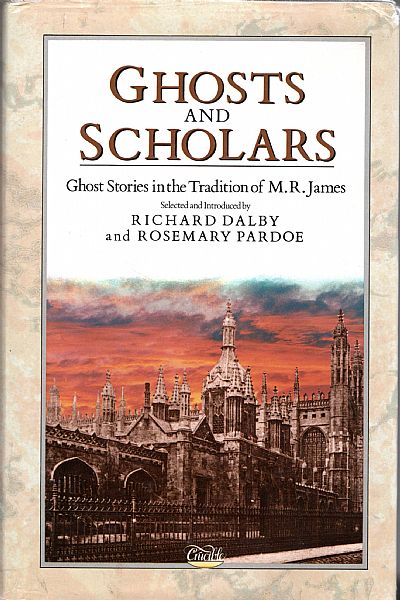 This is GHOSTS & SCOLARS, a book produced from a small press magazine of the same name. Published by Crucible, 1987. I did illustrations for several editions of the magazine.

This is my illustration in the book, to a story called 'The Stone Coffin ' by a writer known as 'B'. This probably means something to MR James fans. This was done in Rotring pen, which was all the rage in the 80s. Meant for technical drawing, they were hideous to look after. Thank goodness for modern fibre tip pens! 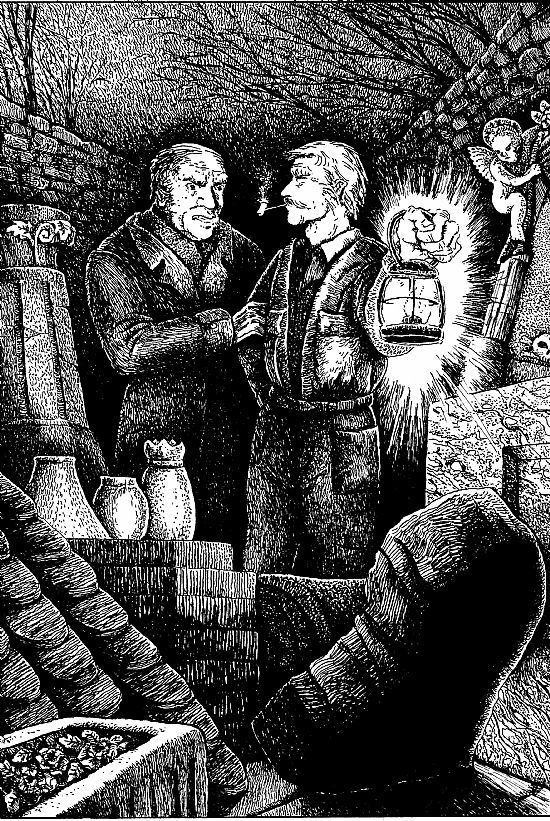 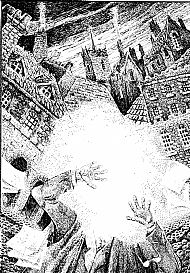 One of my illustrations to Ghosts & Scholars magazine

Some horrible things have a funny angle too. This was about the introduction of Council Tax, so about 1993.

Creepy car. Another one inspired by the Wiltshire Downs. In the 80s I used to go on my motorbike to this commune near the UFO hotspot of Warminster, where they were doing psi experiments. The atmosphere comes out in some of these pictures!

'The Hanged Man". I am a big Lord of The Rings fan and this was kind of inspired by the description of the desolate landscape around Weathertop. Plus I am familiar with the Wiltshire Downs. 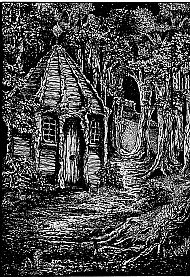 Creepy house in the woods. This was used as a cover illustration for a magazine called Bellchamber Tower. All that Arthur Rackamy stuff looks like it takes ages, but actually (trade secrets)! - it's just a few minutes of scribbling. 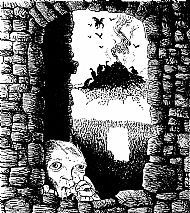 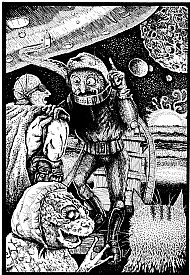 My version of the Ancient Mariner 'stopping one of three'. I used to do some of these drawings, or at least the rough ideas, during breaks in night shift work, painting refurbished supermarket sites around Bristol. For the MITIE group. 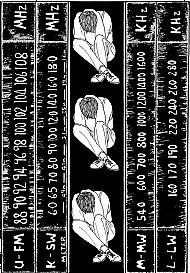 Depression. This was done early 80s, but when Tom Robinson' song 'Atmospherics' came out in 1993 it seemed to fit well. ('atmospherics in the night, a thousand mile on either side, across the dial from Moscow to Peking') Radio dials! SW, FM,MW,LW...'Peking'! It's a lost world! 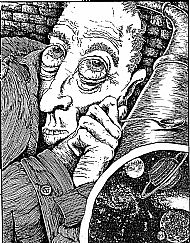 Tapping the universe from our prison cell... 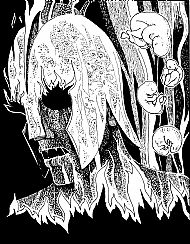 A bit of remorse going on here? 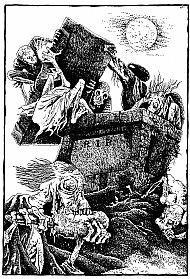 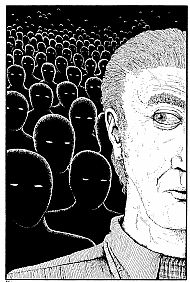 You think you're paranoid? 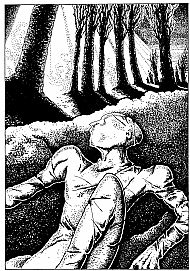 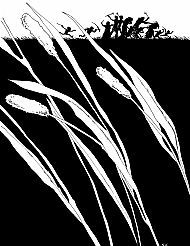 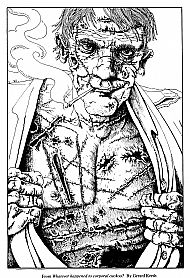 I took this off my website a few months ago in case it was too horrible! It's an illustration to a terrific story about an immortal soldier, " What ever happened to Corporal Cuckoo"? By Gerald Kersh,
Back to Top
Part of spanglefish.com - Web Sites. For Anyone. For Free. Sign up now!
site map | cookie policy | privacy policy | accessibility statement