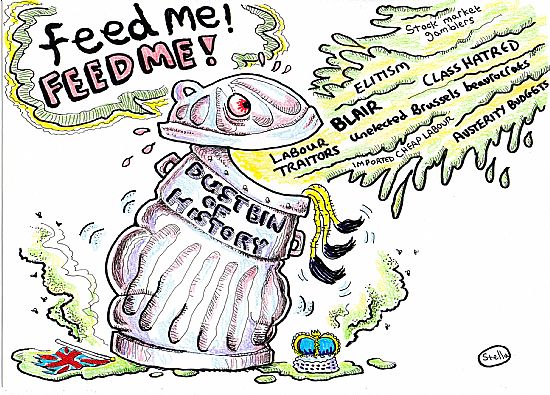 Labour cartoons  - Jeremy Corbyn's two Leadership elections, and the coup against him

Above, the Dustbin of History appeared about 3 times in my published MS cartoons between  the 2015-2016 Labour Leadership campaigns. For non-Brits, the 3 Lions tails hanging out of his mouth is a reference to the National Football team, which was trashed in Euro competitions.

All of these were published in the Morning Star except the 'little pink hen/chicken run' series. 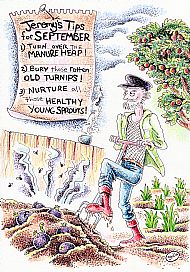 Jeremy Corbyn's historic leadership of the Labour party win in 2015, and my first colour cartoon in the Morning Star.

The Tale of Little Pinko Hen

'It seemed like the right thing to do at the time' is what Anthony Blunt is alleged to have said, as his excuse for spying for the Russians.

Happy Easter 2016 to all the appalling Labour traitors 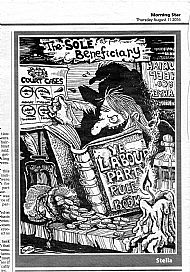 The Sole Beneficiaey
This was about the never-ending court cases against Corbyn's leadership.

The Bad Old Days
My very first cartoon about Corbyn's 2015 Leadership election campaign, published by the MS in a special French edition! 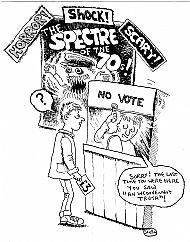 No Vote
The idea of banning people from voting for Corbyn because they had once voted Green (which the Labour party were doing) was as daft as turning up at the cinema and not being allowed in because you watched a different film last time.

People's Railway
Part of a short series of Corbyn cartoons. Women never know what their men do in the garden shed! Corbyn was down there for 33 years and built a fully functioning People's Railway!
The white rabbit is a reference to the UK media's slur on his 'Alice in Wondetland politics'.

The Parable of The Lost Sheep
This one never dates. The coup is never-ending!

The Oracle
The pathetic leadership challenger and what became of him

In the Doghouse
The Undead Tony Blair rose from his coffin to gibber about Brexit, only days before the Article 50 vote. Coup- what coup? 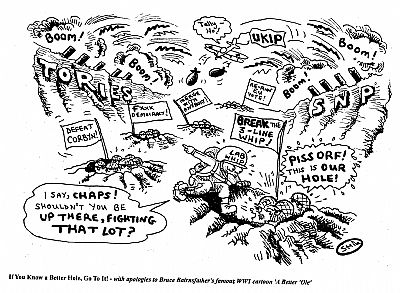 The Labour MPs who continually oppose their elected leader. Here they are in their shell holes.