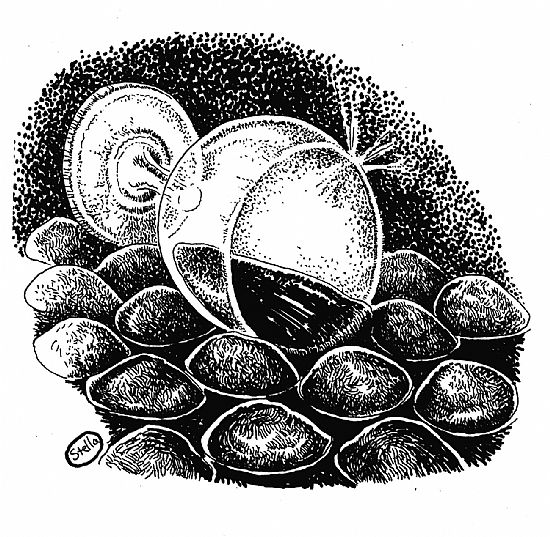 Another shocking attack, this time on a History teacher doing his job, educating his class about the background to an important criminal trial taking place in their city right now. Terrorist attacks are only the extremist form of Cancel Culture.

But make no mistake, there are Wokeists who are chearing on the attacks and murders which followed from the printing of the Mohammed cartoons by Jyllands- Posten, and the Charlie Hebdo massacre five years ago. They are different from the actual murderers only in their safe remoteness from the scene of the crime.

If you cheer on this type of attack - because you object to political  cartoonists performing their duty and highlighting the absurdities of authoritarian regimes, religions, and sub cultures, you are no better than the murderers. You are the Wests Useful Idiots.

This latest atrocity is different only in degree from the continual, virtual and real- life attacks, on the livelihoods and reputations of anyone who dares to speak against your own preferred Cult.

Well, I am a cancelled  cartoonist,  and I stand in solidarity with my fellow cartoonists  around the World, many who live in far more dangerous countries than I do.

But I have the same duty as them: whether paid or unpaid, cancelled or not, home or abroad, on or offline, Left or Right; nothing and nobody will stop us.

You will have to come and decapitate us all. Come and get me, I'm just a little old disabled woman, I can't  run away.

I'm here waiting for you, with my pencils as my only defence."

SCROLL DOWN to see a selection of my political cartoons... 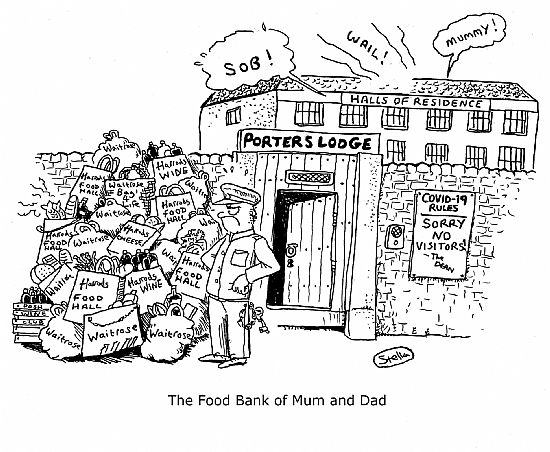 (Only intelligable to Brits - at the end of September, British University  students went back to their Halls of Residence- in many Unis, straight into Covid isolation! The whinging from privileged middle class brats has been extreme)!

See also, My OTHER WEBSITE: Tales from The Big Pink Book! My cartoons about the GC kids now have their own Tiny website, go to:

All my GC cartoons are in the public domain, so feel free to screen-grab them & send to your friends. To the left you can see the " Feminist Fight- Back" page, where they are being stored.

Between 2015 and 2020 I have been a regular political cartoonist for the UK's only Socialist daily newspaper, the Morning Star, until  I was cancelled by them for a feminist cartoon called "Endgame", which they published, and then changed their mind, knowing it was a comment on the potential changes to the GRA and the erosion of Women's rights in the 2010 Equality Act.

I want to thank the journalists at Spiked for their support, in particular Joanna Williams,  in her 'War on Women' article. Also the new UK Free Speech Union, Canadian journalist Meghan Murphy for interviewing me for feministcurrent.com, and Uncommon Ground Media. Also DefendFeminists.net,  WLRN, PeakTrans, and all the other feminist sites and platforms, not least spinster.xyz,  where I have recieved so much support.

And thank goodness for Private Eye! Here's their article in support, in 'Street of Shame': 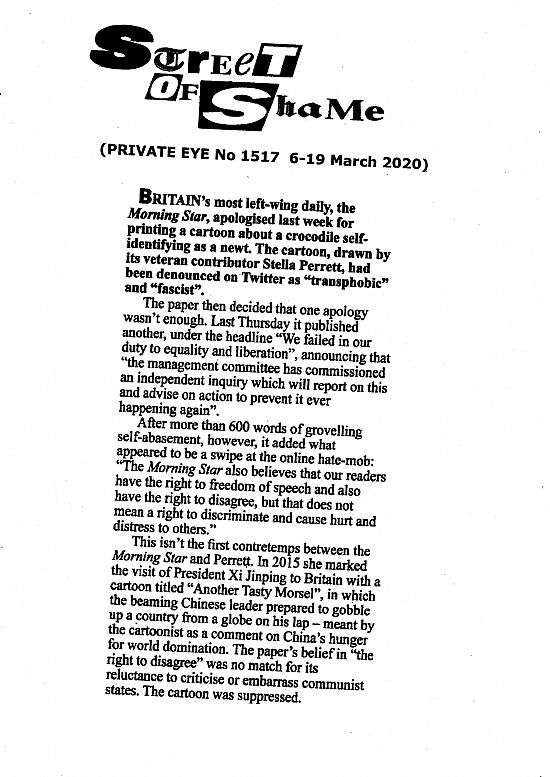 (But you can see it below)! 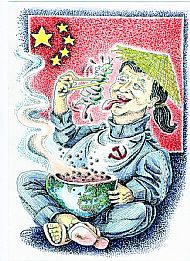 Another Tasty Morsel
Another Tasty Morsel - to commemorate the visit of the Chinese Premier to the UK, 20-24 October 2015.A representation of China's progressing world domination. Not published by the Morning Star because of the paper's reluctance to be seen to criticise any actions by communist countries. 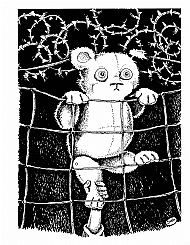 As fast as Germany opened it's borders to the first wave of Syrian refugees, other European countries were rushing to throw up fences to keep them out.

Published in the Morning Star, it shows a child's hand holding a teddy up to peer over a border fence. This has always been the most popular picture in my one-woman exhibitions. 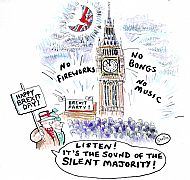 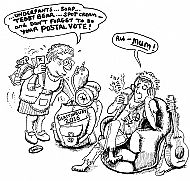 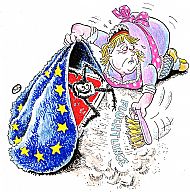 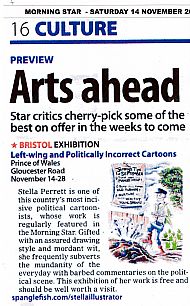 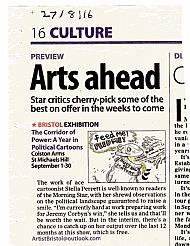