WAS NEATH WORTH ITS SALT? 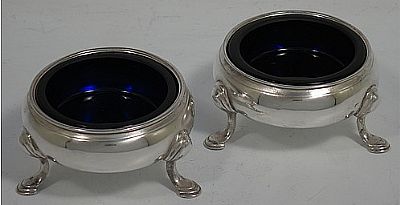 Landowners, gentry and industrialists were always keen to speculate and invest in any venture that would turn a profit.  It is, therefore, remarkable perhaps to discover that in the 1770s one of these was a salt works that was operating on The Green, Herbert Mackworth being the main investor.

In essence salt is obtained either by mining or by the evaporation of seawater and it was this latter method that was being used at Neath.

In warmer climes seawater can be contained in pools (known as salt pans) to be reduced by evaporation caused by the heat of the sun into brine.  The brine then eventually dries out completely into salt crystals. Even with our British climate there are a few examples of coastal salt pans, such as at Salcoates in Ayrshire where in the 1500s, King James V financed the establishing of such an industry from which the town takes its name.

Now, whilst seawater is reasonably close at hand, Neath is not known for a Mediterranean climate and so the heat had to come from other means (the introduction of an alternative form of heat to replace that of solar was a natural progression).  What Mackworth did have was a plentiful supply of coal which could be burnt to provide the heat source for boiling pans. The liquid being evaporated was a mixture of seawater and rock salt.  It is likely that the rock salt came from Cheshire, being the main area where it is mined in this country. The adding of rock salt was to make the seawater saltier and thereby the crystals formed.

The workers at the salt works were classified as Baylers (presumably those who removed the crystals from the pans into the tuns (barrels), and smiths who again presumably constructed the boiling pans. The wages seem fair for the time.

Whilst there are no records to indicate other occupations at the Neath Salt Works the following historical names given to occupations in open pan salt works, primarily in Cheshire are of interest;

Like tea, salt was a valuable commodity.  An undated report made of the works indicates that it must have been a profitable undertaking; 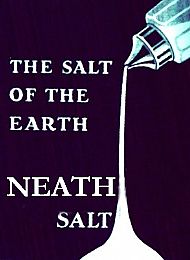 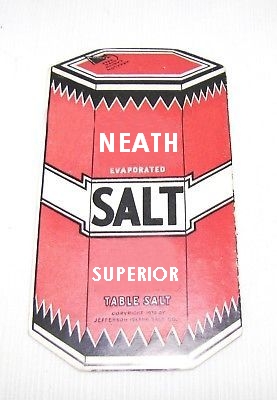 Fake advertisements of what might have been for 'Neath' salt

A computation of the profit of making salt at Neath with Salt Water strengthened with Rock Salt…….

…….. the Boyling Pans will make 10 or if required 15 Tun of Salt every week with a competent quantity of Rock Salt to heighten the brine and each Tun of Rock will produce for a Tun and a quarter to 2 Tun of White Salt according to the strength of the sea water with which it is mixed, which increase is called the outcast.

Note that the salt made from sea water and rock is esteemed better and stronger than any other salt made in England so that at this time the salt made from Rock is sold at Bristol at £9 per Tun and that made at Droitwich but for £7.10s.0d. at most. - RISW/Gn 3/249

Droitwich had it easier than Neath since there they were producing salt by the evaporation of brine springs which were ten times saltier than seawater.  This made it more profitable since it did not need 'strengthening' with rock salt and the additional costs involved.

The operating of a salt works also required an Act of Parliament as we see in;

An Act for granting and continuing the duties upon salt and upon red and white herrings, for the further term of seven years; and for allowing rock salt to be used in making of salt from sea water, at the salt works at Neath in the County of Glamorgan, 14 Geo II. 1740 - D/D Z 573/1

Incidentally, a salt cellar (also called a salt and a salt pig) is an article of tableware for holding and dispensing salt. They can be either lidded or open, and are found in a wide range of sizes, from large shared vessels to small individual dishes. Styles range from simple to ornate or whimsical, using materials including glass and ceramic, metals, ivory and wood, and plastic.

The use of salt cellars is recorded as early as classical Rome. They continued to be used through the first half of the 20th century; however, usage began to decline with the introduction of free-flowing salt in 1911, and have been almost entirely replaced by salt shakers.

Apart from those quoted above, further information may be found in the following documents also held at the WGAS.