WILLIAM KIRKHOUSE Snr. AND A CASE OF PETTY THEFT

The year is 1861 and William Kirkhouse, the eminent engineer, is in his 77th year and living on his farm Pen-yr-Ally, in Skewen.  Living with Kirkhouse at the farm were his daughters Mrs Mary Jenkins and Margaret (a spinster and the housekeeper); also resident at the farm was his eldest sister Mrs Elizabeth Edwards.  The live-in servants, employed by Margaret, were Mary James, farm servant; Elizabeth Hopkins, dairy maid and Richard Harris, farm labourer. 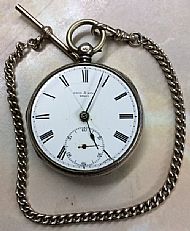 One of Kirkhouse’s routines was that at the end of   the day he would hang up his silver watch in the   hallway on his way up to bed and pick it up the   following morning.  On the morning of Monday, 9th   September 1861, when Kirkhouse went to retrieve   his watch it was not hanging on its usual peg.  As   far  as he was concerned the only explanation for   the  absence of the watch was that it had been   stolen!

Kirkhouse suspected his farm labourer Richard   Harris to be the thief. He was so confident of the   truth of his suspicion that Harris was, by Kirkhouse’s   order, apprehended and charged on suspicion of stealing a watch belonging to his master.  When brought before the magistrate Kirkhouse’s statement was found insufficient to commit Harris to the Quarter Sessions and consequently Harris was discharged.

Harris became very vocal about being falsely accused and threatened an action at law against Kirkhouse for violating his personal liberty.  The threat never materialised and in the following two months Harris verbally abused Kirkhouse, his daughter and son-in-law (Mr John Jenkins).  Words and threats finally came to blows when on Wednesday, 6th November 1861 when Harris waylaid Jenkins and demanded money in redress for the deformation of his character.  Harris threw stones at Jenkins and when a stone struck Jenkins in the face Harris told him that was his [Jenkins] share for slandering his character.  Jenkins directly reported the assault and Harris was found and summoned to appear on Friday next to answer the charges preferred against him. 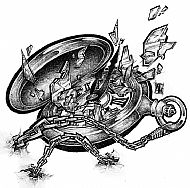 Harris now realising his situation decided to get away and make a new start, but he needed money to do so. With this in mind he made his way to the shop of Lazarus Samuel, a Neath clock and watch maker and more to the point as far as Harris was concerned, a pawnbroker.  Harris produced an old silver watch case and some other bits of silver offering them for sale. When asked how he came by them Harris replied that he had let the watch fall out of his pocket and a cart had run over it.  Inspecting the peculiar watch case Samuel told Harris he would have expected the cart to have flattened the case rather than damaged it along its edge.  Opening the watch case Samuel recognised his markings on the inside. His paperwork recorded that the watch had been in for repair in 1855 and 1858 and was the property of William Kirkhouse.  Not wanting to give the game away Samuel told Harris to take a seat while he [Samuel] took the silver to be weighed.  Harris believing he was going to be cheated would not let Samuel go alone so they left the shop together to weigh the silver.

Part way down New Street Harris asked where they were going, to which Samuel replied “I am going to the Station House to have you taken in charge”.  Harris now changed his story saying that he had in fact found the watch case and if Samuel would let him go he [Samuel] could keep them.  Realising that Samuel was not going to change his mind Harris made a break for it but Samuel grabbed Harris’s coat and shouted for assistance.

Having been taken into custody and charged with   stealing the watch Harris said he had not done so   and that the watch belonged to him.  Confronted   with the evidence he changed his story and stated   that he found it coming on the road from Aberavon   that morning.  Before being committed for trial   Harris stated: “I found the watch out in the yard on   top of the cheese, and I dashed it to pieces as soon   as I came back”

In December 1861 the Monmouthshire Merlin and the Cardiff Times reporting on the proceedings of the Winter Assizes stated the outcome of the case against Harris;

'Richard Harris, 22, labourer, was charged with stealing a silver watch, of the value of £8, the property of Wm. Kirkhouse, at Neath, on the 9th of September, 1861. The prisoner pleaded guilty, and was sentenced to three months' imprisonment in the house of correction, there to be kept to hard labour.'