Not so new a testament returns to Neath​ 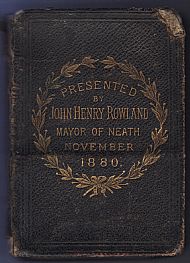 After many years which took it to the other  end of the country, a pocket version of the  New Testament has come ‘home’ to Neath.    It was printed in 1880 by the Cambridge  University Press for the British and Foreign    Bible Society.  Although it has no great  monetary value, it is the binding and the  social history that are of interest.

The volume is one of many presented to  Neath churches by benefactor John Henry      Rowland.  Larger format books were used at  services by the congregation and some  pocket versions were probably given as      prizes for good Sunday School attendance.  This particular volume was presented to William Coats of 8 Gnoll Park Road, a soldier who was gassed in World War One. Unfortunately, the dedication on the inside is faded but it seems to indicate that it was given to him on 12th September 1915. 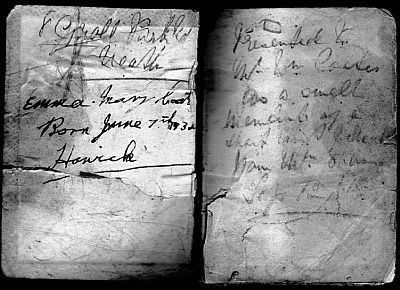 The Coats family moved from Neath and Emma Mary Coats is recorded on the cover as being born on 7th June 1932 in the Scottish town of Hawick.  It is this lady who became Mrs E M McIndoe who, now living in Whitcinch, Glasgow, decided that her grandfather’s should return to Neath after over a hundred years. 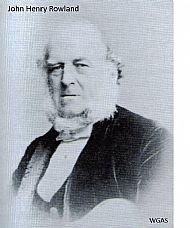 John Henry Rowland, although largely forgotten was one of the Victorian ‘giants’ of our town.  He was born at Greenway House on 2nd December 1819, the eldest son of John Rowland who founded, along with Rees Williams of Aberpergwm House, the private banking house of Williams & Rowland around 1821. Surviving the crash of 1825 it merged with the bank of Eaton, Knight & Stroud in 1836. Rowland did not join the new firm but became manager of the Neath branch of the Glamorganshire Banking Company.           This fine building at 8 Wind Street whilst sadly disused still exists.

John Henry Rowland was a true bibliophile with an impressive library at his residence Ffrwd Vale. He generously donated volumes to the Neath Mechanics’ Institute who also inherited most of his library on his death.  Sadly these were lost in the fire of 1903.  Active in many other circles he served as Mayor on five occasions (1865; 1871; 1879; 1880 and 1886).