The language of many years past makes fascinating, even if sometimes difficult, reading. Not only in content but in the variations of spelling, idiom and literacy of earlier times.

Two such items are shown here.  The first is pages from a small book printed in 1698 with the lengthy title 'An Essay on the Value of the Mines, late of Sir Carbery Price, ...Writ for the private Satisfaction of all the Partners', by William Waller, gent., steward of the said Mines.' The volume is endorsed: Samuell Richardson, James Pingrey, Isaac E. Richards, Neath, James Pingrey is my name and with my pen I wrought the same and if my pen it had been better I would had mended every letter.'  Of interest to Neath historical enthusiasts is his praise for Sir Humphrey Mackworth.

Those wishing to view the whole thing should ask to see NAS Gn/P 5/1. 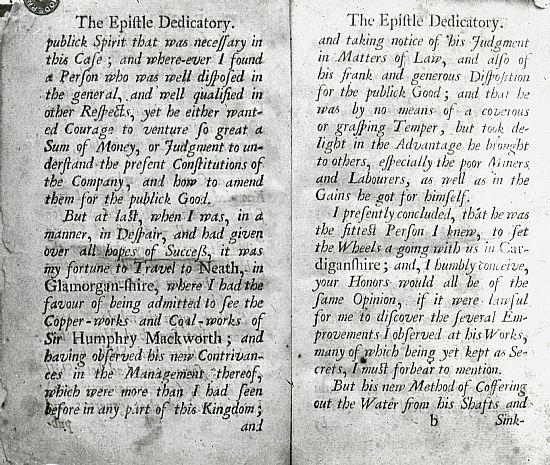 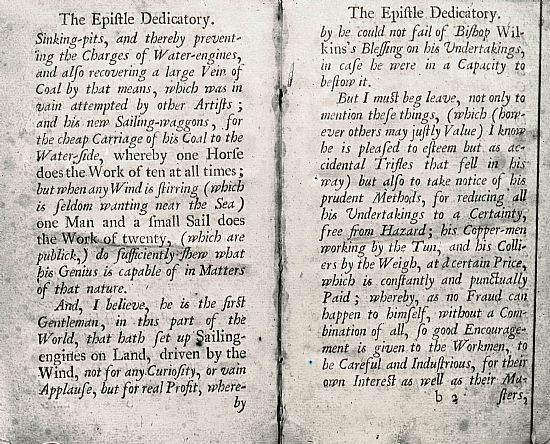 The second item is a transcript of a letter from Richard Cole and Pleydel Courteen dated 28th December 1737.  Considering the general level of literacy in Neath at the time it is remarkable.  Since many would have written exactly as they spoke it is a great illustration of how people conversed at the time.  It is still possible to understand the content today.  One wonders how efficacious the 'elixir' was and what it was for!

The images are from glass plates and sadly we have been unable to date or locate the originals as part of the NAS archive. 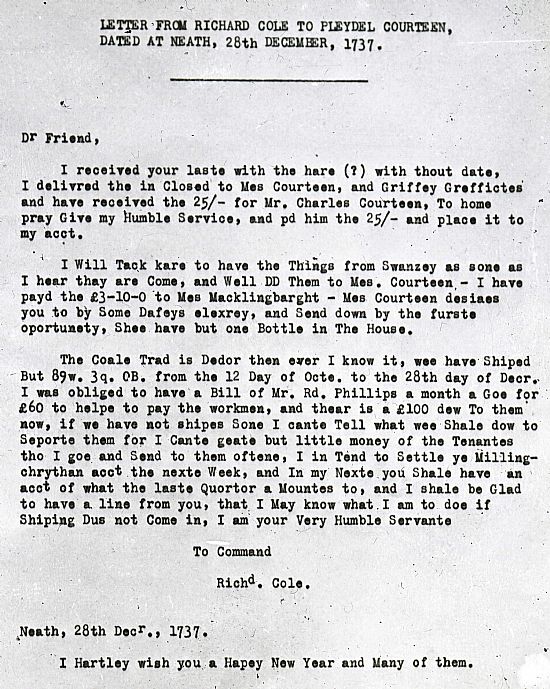