Model Found and on the Move

Whilst assisting a German enthusiast with the history of the Neath Gas Tram (as previously reported on this webpage) it became apparent that a scale model of one of the cars had been made by Harry Barnsley and presented to the Mayor of the Borough of Neath in 1995, yet its present day location was a mystery.

Diligent enquiries, initiated by one of our members, eventually resulted in the model being found.  The model has now been moved from storage to Neath library.  The plan is to place the model on permanent public display once a suitable case to house it is produced. 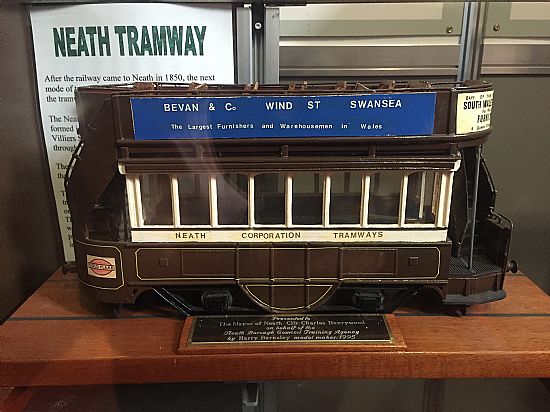