Messing About In Boats

When Anthony Jones consulted the NAS about the shipwrecks of Neath our response was rather blank as apart from a few groundings in the estuary, shipping seems to have preferred the coastline of Aberafan and Porthcawl to the east and Swansea and Gower to the west as the place to sink.  The only current example that could be cited is the lightship JUNO at Neath Abbey wharf.

However, Mr Jones’ interest covers a much broader spectrum since he is also interested in smaller craft, including pleasure vessels.  As such he was able to view numerous images of boats on the River Neath from Briton Ferry up to the Neath town quay.

The major place for small vessels was, of course, the Monkstone Marina and he was able to locate one particular boat, the Kestrel, on various images through time.  The remains of Kestrel today is just a few pieces of the keel protruding from the river mud.

Mr Jones realises that he has a lot of work ahead of him in preparing a book that will cover not only Neath, but all of our local coastline.  He left the NMI with a large list of image references that he may wish to use when he ‘pulls things together’.

His praise for the helpfulness of the NAS was appreciated. 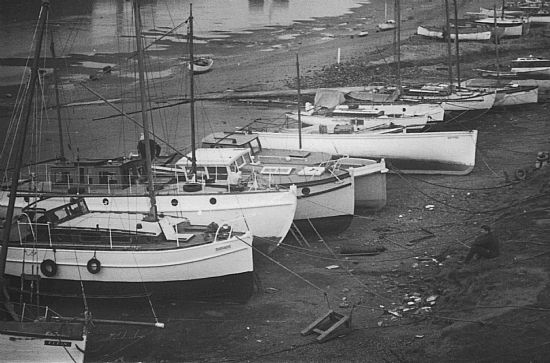