THE DEATH OF GEORGE SIMS 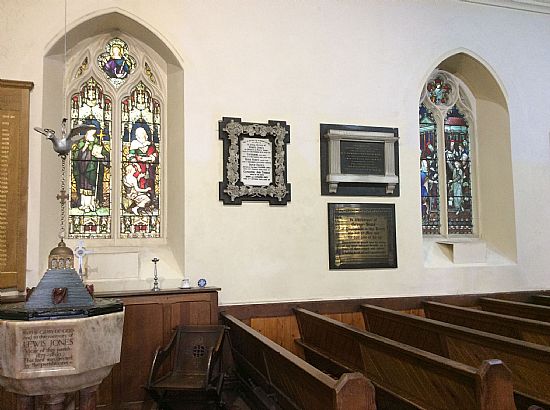 George Sims’s brass and black marble memorial tablet on the north wall of St Catwg’s Church, Cadoxton, was subscribed to by about seventy of George’s friends and colleagues and was supplied by the then well-known London firm of Hart, Son and Peard.   The tablet bears the following inscription:

'In remembrance of George Sims, Of Ynysllynlladd, in this Parish, Who died 8th May, 1900, In the 62nd year of his age. This tablet is placed here by many of his most intimate; friends, as a token of their regard and esteem.  A faithful friend and well-beloved brother.'

George was born on in 1839 in the Parish of Speen, Berkshire (two miles north-west of Newbury).  He was the second child of George Sims and his wife Harriet Worman.  At the time of the 1841 census the Sims family were living in the property known as Ynysllynlladd, located between Cadoxton Village and Aberdulais, and the property was to remain the family home for over 60 years.  Three children were born at Ynysllynlladd: James Worman Sims in 1841 and in 1846 the twins Joseph Brown Sims and his sister Sophia.  Sadly, Joseph died that same year aged 10 months.

George Sims, senior, was employed by the Lord Dynevor as his Land Agent and was very prominent in the affairs of the Dyffryn Estate over a period of 44 years.  Whilst his son James became a carpenter, George, junior, from an early age was engaged in a teaching profession.  However, in October 1859 he took employment as a clerk with the Vale of Neath Railway Company which subsequently amalgamated with the Great Western Railway Company.  George, who had risen to the positon of chief clerk, now became the chief clerk to the head of the GWR South Wales Division.  In 1872 George moved to the Swansea office to work for the District Goods Manager and when that positon became vacant, George was duly promoted to that positon.

Being of a reserved character, George never married and associated with comparatively few people, so as a result he had a limited number of intimate friends.   George was, however, very active with his greatest delights which were his roses and his dogs.  His colleagues said he did the work of four men and was an extraordinary man of business and so it was that the general manager of the Company held George in the highest esteem.  But it was his work ethic which impacted his health.  Retirement under the Company was optional at 60, but George opted to continue working and at 61 years of age, he had spent nearly 40 of them in the employ of the GWR.

Prior to his death George had been complaining of feeling unwell but continued working; some four years before his death he was forced to go abroad to recuperate his health following a sudden breakdown.  Colleagues at the Swansea office reported that on the evening before his death he seemed fairly well, and, indeed, was rather more cheerful than usual.  George generally got up at 6.20 am and on the morning of his death Mary Lloyd, a domestic servant, saw George in the sitting-room at about 6.35 am.  He told the servant to tell his sister that he was going out for a walk (as was his usual habit) and taking his gun from the hallway he left the house accompanied by his dogs. 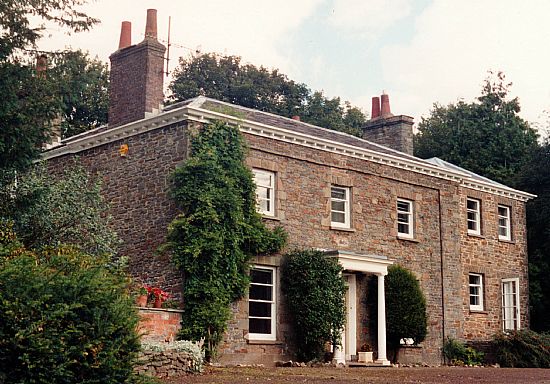 The garden of Ynysllynlladd sloped down to the Neath and Brecon Railway line where on this fateful morning platelayers George Davies and Samuel Hawkins were working.  At about 7.10 am the men heard the report of a gun followed by the screams of a woman.  Jumping over the fence, which divided the garden from the Neath and Brecon Railway, they entered the garden and discovered the body of George Sims lying on the ground surrounded by hysterical women.  The body lay in the path, with the head resting among some roses, and close beside it was a double-barrelled breach-loading gun, with the muzzle pointing in the direction of the head.  The right barrel had been discharged and the contents of the cartridge had entered the left eye, with part of the charge finding egress by the left ear.  From the nature of the injuries, death must have been instantaneous.  With the aid of Thomas Thomas, the Ynysllynlladd gardener, the body was taken in to the house and Dr Thomas Price Whittington was hurriedly sent for.   When Dr Whittington arrived he could see that the face was badly disfigured.   He confirmed that death would indeed have been instantaneous. There were no other injuries.

The following day at the Police Station in Cadoxton, the County Coroner Mr Cuthbertson held an inquest into the circumstances of the death of Mr George Sims.

First to be called was George Thomas Sims of Millbrook, Neath, (nephew of the deceased) who confirmed that when he last saw his uncle he seemed the same as usual. The nephew confirmed that his uncle was very fond of shooting and owned a 12-bore double barrel gun.

A deposition from Mr W H David stated that Mr Simms had complained that one of the triggers of the gun had a very light pull.

Mary Lloyd, one of the domestic servants at Ynysllynlladd, said she saw the deceased leave the house, carrying a gun.  She had been at the place [Ynysllynlladd] two months, and never once saw him take a gun out before.

Thomas Thomas, the gardener, confirmed the deceased had been in the habit of shooting birds in the morning. He had seen him do so many mornings.

When called to give evidence Dr Whittington stated that he knew the deceased very well.  He had not attended the deceased for ten to fifteen years, but he had seen him lately. The deceased seemed to be all right then.  He was attending a fishing meeting and there was nothing about the decease to lead him to think that he would take his own life.

The Jury, having been addressed by the Corner, returned a verdict of Accidental Death.

The remains of George Sims were interred at Cadoxton Churchyard on Saturday, 12th  May 1900.  In addition to family members his funeral was attended by representatives of several railway companies and the most prominent people of the Neath district.

The family’s health history was not brought up during the inquest as it might have been thought not to be relevant to the death of George.  But had it been, the inquest would have learnt that Maria, the eldest sister, had been admitted to the private asylum Vernon House, Briton Ferry, where she was a resident patient.  The sudden breakdown to George’s health was not scrutinised during the inquest. 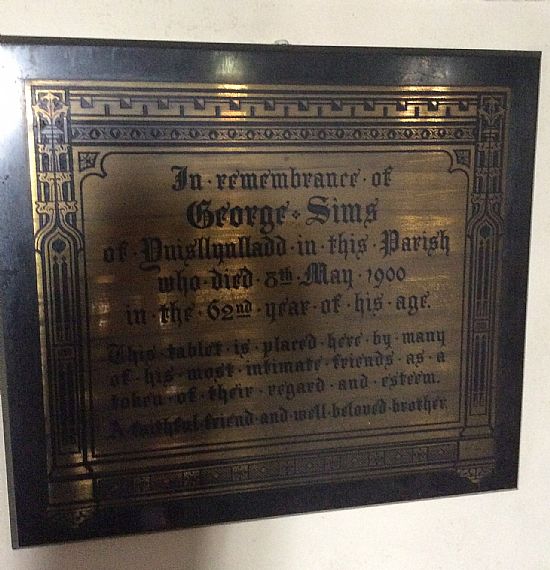