The only way that people living on the west bank of the River Neath could get into town was via the river bridge which today has been replaced by a foot-bridge.  The Romans built their fort near a crossing point of the river.  The natural ford may have been replaced by a bridge as early as the late 13th or early 14th centuries but there is no mention of it in any archives.

The first recorded bridge was made of timber and was noted by Henry Vlll’s assessor of the abbeys, John Leland, during his visit to Neath when he commented,

A later bridge actually collapsed on 2nd January 1735 and it looks as though panic then set in as a half wood, half stone bridge was cobbled together as a make-do-and-mend which lasted another sixty years.

In the 1790s the Borough Council at last decided to rebuild the bridge.  Money was raised by public subscription although it took several goes in order to raise sufficient funds.  The council also chased after various parishes who had previously been responsible for the upkeep of the bridge and were well in arrears for payment.  The designer of the new bridge was Thomas, son of William Edwards the famous builder of Pontypridd Bridge.   The re-building took nearly ten years to complete.

Not everyone was happy with the new structure.  It was hump-backed and there was another hump caused by the need for a bridge over the newly built Neath Canal.  This led to the road into Neath to be called ‘the ups and downs of Neath’ and another comment that it looked as though the road had a broken back.  Things got worse when a third hump was needed a few decades later to cross the Tennant Canal.  The western end of the bridge was ramped in about 1850 in order to accommodate the building of the Low Level railway. 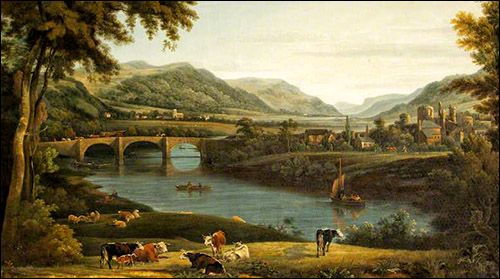 In the 1860s congestion on the bridge got far worse.  This was mainly caused by the creation of a railway station for the Vale of Neath line and the transfer of the town railway station to the same area.  A survey was carried out of bridge users during one day in September 1865:

The problem was exacerbated by the fact that the footpath – 2 feet 6 inches wide – constricted traffic to the remaining 18 feet.

In 1869 road improvements were made and footpaths on cantilevers added, whilst the stone parapets were removed and replaced with latticed iron railings, enabling the full 21 feet width of the road to be used by vehicles.

The bridge was finally replaced by a footbridge as the road itself became redundant when the southern link opened on 7th April 1974. 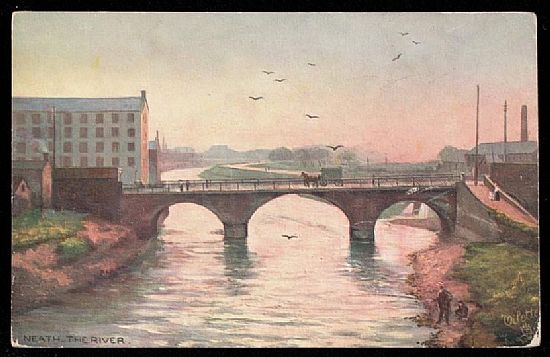