THE DAY THE WORLD CHAMPION

Chess demographics have changed dramatically over the years.  In the latter half of the nineteenth century it was a game for the middle classes with clerics, lawyers and doctors conspicuous in each and every chess club.  Most were middle-aged and it was rare indeed to see anyone less than 20 years of age entering a chess club.  A century later and teenagers were the norm with most of the star players being under 40 years of age.

The class of player changed in late Victorian and Edwardian times and coincided with the advent of workingmen’s clubs.  The club at Blaina shocked the establishment in 1906 when they won the South Wales Championships with a team consisting solely of miners.  Their success even made the national press.

A 'club' was founded in 1862 at the Neath Mechanics’ Institute.  This was not a chess club in the modern sense since it was a meeting of people for various activities, which included chess.  A local dignitary commented that he was, "pleased to see that so many young men attended the Institution, which had the effect of keeping them from frequenting public-houses and giving them healthy and recreative amusement."  The Chess Club at the Neath Mechanics' Institute was run alongside an Elocution Class and Penny Readings.  There is no evidence of links with other clubs and the 1862 'club' appears to have been short-lived.

For the remainder of the nineteenth century there is very little mention of the game in Neath, although, it was probably played in the houses of the well-to-do at least.  In the 1890s several newspapers made the odd comment about chess, or the lack of it in Neath.  The Cambrian noted that chess was being played in the Working Men’s Club, the Conservative Club and the Liberal Club, though this was not competitive chess. In December 1905 a William Gardener of Leeds held a 'séance' in Skewen, playing draughts whilst blindfolded against 14 locals.  The newspaper was happy to compare this to simultaneous chess displays.

There is no fixed date for the formation of a club in the town but one was meeting by 1906 in the Constitutional Club as the British Master, Francis Lee, gave a display there that year drawing three of his games and beating ten others. 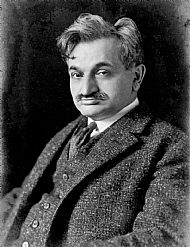 Two years later the German world champion, Emanuel Lasker, toured South Wales giving displays of simultaneous chess.  On a club visit his opponents would be seated on the outside of tables and the master would stroll around the inside, making one move at a board before moving on to the next.  Sometimes large numbers would form the opposition but at Neath he was faced with only 20 opponents.  During his 1908 tour he visited five clubs and only lost three of the ninety three games played.

He arrived at Neath on Friday 28th February 1908.  We are not privy to the exact nature of his display in the town, but usually he gave a short talk on some aspect of the game before commencing play.  The whole display would last about three hours but occasionally was known to run on endlessly.  At one exhibition given by an earlier world champion in Cardiff proceedings were halted at 3 am with one game still outstanding!  Lasker would chat quite happily with his opponents and made many witty remarks as he went the rounds. 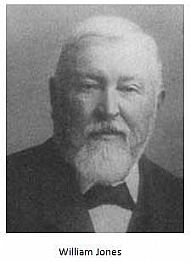 The leading light at the Neath Club was a relic of Victorian times, William Jones, aged 54, of Tynyrheol, a local magistrate and member of the landed gentry.

Their other star player was Hugh James, aged 40. He hailed from Essex and was Chief Clerk of Great Western Railway.  He was a member of the newly re-formed Neath chess club in 1952 when, at the age of 85, he was regarded as the ‘father of Neath chess’ and claimed to have drawn with both Lasker and Blackburne in simultaneous displays. (Joseph Henry Blackburne was a British chess player who had the nickname 'The Black Death' and dominated the British scene during the latter part of the nineteenth century). 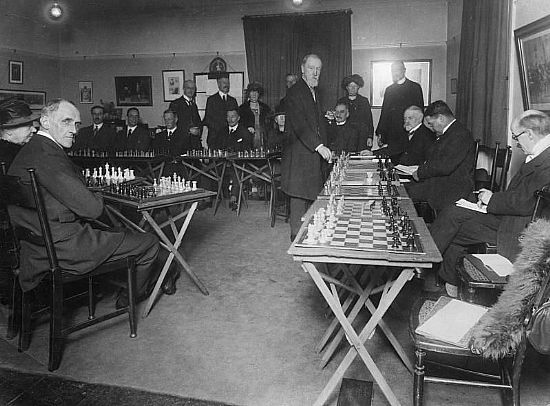 Other club members were all working men; WH Massey, manager of the Neath branch of WH Smith; Frederick Cook, a china salesman and auctioneer; Parry Evans a dentist etc..  Several worked on the railway or in local banks.

In order to test the World Champion, guest players were invited from other clubs and several Llanelli players made the journey to Neath.  Lasker’s only loss was to Harry Samuel of Llanelli and he also drew three of his 20 games.  The drawn games were against William Jones and William Massey of the Neath club and SH Bevan of Llanelli. 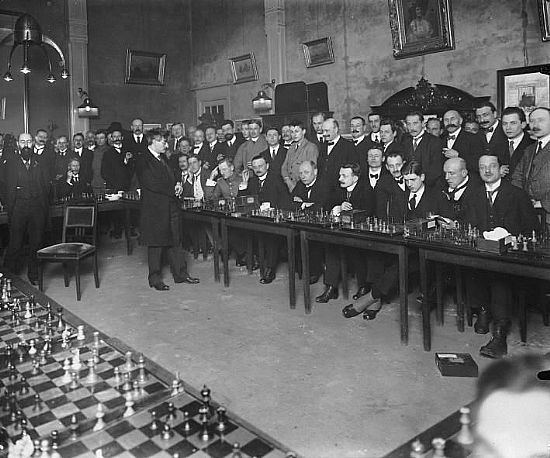 Since 1952 there have been four chess clubs in and around Neath.  The Neath club founded 1952 (now defunct), Castell Nedd club founded 1978, Nidum Club, 1992, and Briton Ferry Club, 2004 (which closed its doors in 2020).  Several Grandmasters have given similar displays during that time, but to date no other world champion at chess has visited the town.