Former Neath Antiquarian, John Garfield Griffiths, wrote a series of articles for the society’s Transactions about Neath’s military heroes of the past.  Most saw service in the World Wars of the 20th century but a few fought in earlier conflicts.

He names four as having served during the long wars with the French between 1793 and 1815:

CAPTAIN REES HOWELL GRONOW, son of William Gronow of Court Herbert, joined the army in 1812, took part in the Peninsular War and in 1815 fought at Quatre Bas and Waterloo as aide to Lt-General Sir Thomas Picton.  He left the army in 1821.  His reminiscences of Waterloo are one of the best eye-witness accounts of the battle.

LT-COLONEL ROBERT PLACE, was third son of the copper master, John Place of Cadoxton and brother to Thomas Dumayne Place, mayor of Neath.  His brothers John, James and William all served in the army.  James, two years younger than his brother, joined the same time as him.

He entered the Native Indian Army based at Bombay, as a cadet aged 17.  Later he saw action in the disastrous, malaria-ridden, Walcheren expedition of 1809 and in the Peninsular War.  He served in the army for 21 years and died at the age of 40 on the coast of Malabar in the East Indies in 1828.

His wife was a sister of Diana Ainsley Bowzer whose memorial is near the organ inside St. Catwg’s church, Cadoxton.

MORGAN HOWELLS died in 1867 at the age of 86.  His memorial stone in the parish graveyard at Resolven states that he served as a sapper and miner during the Peninsular War and had been present at Salamanca, Talavera, Badajos, Vittoria and Corunna.  When he retired he lived with Samuel Sims at Ynysfach Inn in Resolven and later with Samuel’s daughter, Mrs Evan Rees.

MAJOR LEWIS ROTLEY was the son of Lewis Rotley, landlord of the Ship and Castle Hotel in Neath.  He served in the Royal Marines from 1805 to 1814.  His memorial in St. Mary’s graveyard, Swansea, states that he served on the flag ship, Victory, under Lord Nelson at Trafalgar and was severely wounded during the action.  In 1809 he was in charge of the marines on board the Cleopatra during the reduction of Martinique.

The above are brief accounts as reported by John Garfield Griffiths in 1977 and 1978 Transactions.  However here are four further French War heroes not mentioned in his lists:

He joined the navy in 1799 aboard the frigate ‘Amethyst and continued there until 1805.  That year he joined the Bellerophon in time to see action at the Battle of Trafalgar.  He is shown on the lists as being an able-bodied seaman but in fact this nomenclature was a cloak for ‘young gentleman’.  He was promoted to Lieutenant early in 1806 and served aboard the sloop Paulina where he saw service in the Mediterranean and on the Copenhagen expedition.  Six years later he transferred to the Warspite and later to Bucephalus where he travelled to New Orleans.  After the war, like so many others, he was placed on half-pay.  His final rank was that of Commander. 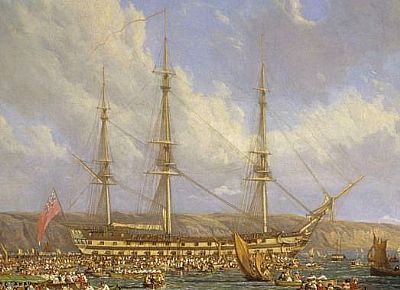 His connection with Neath is difficult to unravel.  From 1821 to 1828 he was a member of the Common Council, the role also known as a Capital Burgess.  In order to attain this position he must have owned property in the town.  Perhaps he was a friend of Admiral Charles Warde who lived at Preswylfa.  He is recorded as living at ‘Drummau House’ in 1823 but he did not stay there long as he, at the time of his marriage in 1825, was living at  Llanblethian Cottage, near Cowbridge.  He died at Marlborough Grange, Crossways, Cowbridge in 1867 and his memorial stone is in St. John the Baptist’s Church, Llanblethian.

COLONEL TURNER GRANT  The brother of Henry John Grant of the Gnoll has his memorial inside St. Thomas’ Church.  It states that he served for forty years in the army with the Grenadier Guards, including the Walcheren campaign and the Peninsular War, his constitution suffering from the effects of the baleful climate of the former.  He was present at Corunna, Bidassoa, Nivelle, Adour and Bayonne. He was appointed ensign in 1805, lieutenant and captain 1811, Lt Colonel 1816, Bt Colonel 1837 and ‘Major with rank of Colonel’ 1837.  He died in 1845 at the age of 59.

JENKIN FRANCIS  On the wall behind the font at Cadoxton Church is a memorial blackened with verdigris which must be one of the oldest in the church.  On the plaque you might just be able to read the name of Jenkin Francis.  He joined the army and was lieutenant with the 8th Regiment of Foot when he died at the age of 37 in March 1798.

We do not know whether he died as a result of injuries or disease but he had returned home because the memorial states that his remains lie in Cadoxton.

The 8th Regiment of Foot was also known as the King’s Regiment.  Jenkin probably served with the regiment in North America until 1785 during the War of Independence.  After war was declared with France in 1793 the regiment was deployed in the Netherlands under Prince Frederick (the Grand Old Duke of York).  From 1795 to 1796 they were in the West Indies which was not the healthiest of climates for British lads.

VICE-ADMIRAL CHARLES WARDE  Charles joined the Royal Navy in the summer of 1798, at the age of 13,  as a first-class volunteer on board the Northumberland.  At this time of course, Britain was at war with France and his active service saw him rise to the rank of Captain and in charge of his own ship, a sloop named HMS Banterer from 1810 to about 1817.  He took part in the blockade and capture of Malta and in operations off Egypt in 1801. He served on the Glory under his uncle, Admiral Cornwallis.  The Banterer carried 18 guns and had been built in 1810 at Woolwich. 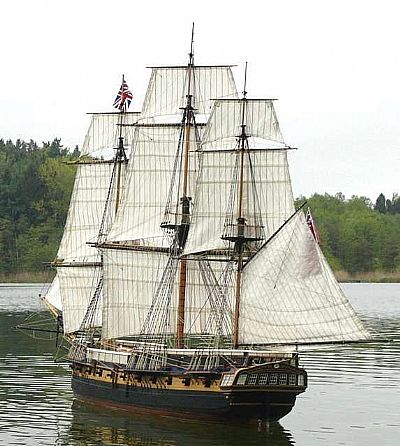 A model of HMS Banterer, a new build when Warde took command which the Navy sold when he left.

After the war, Captain Warde and his ship played a major role in the Battle of Algiers of 1816.  This was an attempt by the British to end the slavery practice of the Dey of Algiers.  An Anglo-Dutch fleet bombarded the ships and harbour defences and it is believed that Warde carried out a surveillance of those defences, partly in plain clothes, and was involved in negotiations with the port.  As a result of their efforts the Dey of Algiers freed around 3000 slaves and signed a treaty against slavery of Europeans.

Another expedition attributed to Warde was to chart part of the Alaskan coast.  HMS Banterer was sold in 1817 and soon after that Captain Warde accepted half-pay.  There is no record of him returning to sea but seniority saw him in 1851 rise in rank to Vice-Admiral.

Charles Warde was a son of General Warde of Oystermouth (His grandfather, General George Warde, had been Commander-in-Chief, Ireland and retired in 1799 to Clyne Castle.  His father – also General George Warde, was one of the major early industrialists in Llanelli).  His whole family was involved in the armed services.

Charles Warde took up residence in Neath in the early 1820s and served on the Common Council from 1824.  He settled in Preswylfa on the Gnoll Estate. His sister Mary married Henry John Grant the Gnoll squire and Warde and his brother-in-law were the two most powerful people on the Neath Town Corporation where they were referred to as representatives of the local aristocracy.  He followed Henry John Grant as Portreeve of the town in 1830.  He was also Mayor of the town in 1835 and in 1839 but resigned during his second term of office.

In 1861 Warde inherited Squerryes Court in Westerham, Kent, and he died there in 1869. 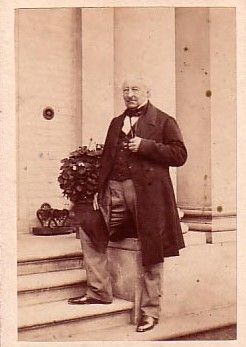